Although the surface finish on any plastic injection-moulded part might be perfectly suitable for its intended application, you should be aware that there is a range of available texturing options, all can be applied to certain areas of a mould or even the entire mould. 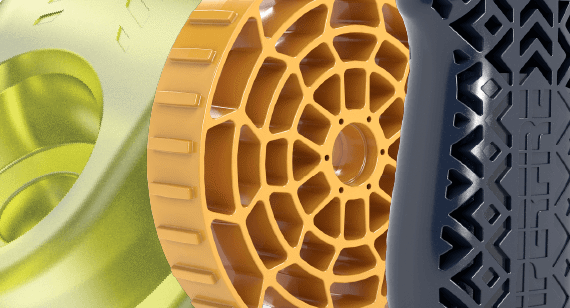 The reasons for adding mold textures range from enhanced cosmetics to improved ergonomics.

Need some real-world examples? An automaker might choose to texture a car’s injection-moulded dashboard or trim pieces with a faux wood appearance. Developers of handheld power tools apply texture to make their products easier to grip. And, along these lines, paint and stickers adhere more readily to some textured surfaces, while others help make parts more scuff- and abrasion-resistant.

Finish vs. Texture in Injection Moulding

So what are these texturing options, and how can I include them in my part design? The first thing to know is that two distinct paths exist for mould texturing and finishing at Protolabs. The first includes the PM (ProtoMold) and SPI (Society of the Plastics Industry; now Plastics Industry Association) finishing standards outlined in the chart. Most are applied by hand via polishing, stoning, or bead-blsting of the mould surfaces after machining, although EDM might be used in certain circumstances, and these options are also covered in our design tip on  injection molding surface finishes.

Shown here are our standard finishing options. SPI-A2 (Grade #2 diamond buff), for instance, produces a shiny, high-gloss finish on most materials. SPI-C1 is applied using a 600 grit stone and offers a dull matte finish. Sitting in between is SPI-B1, made with 600 grit abrasive paper. There are also the various PM-style finishing options, which produce everything from non-cosmetic surfaces that may show some tool marks to the lightly textured finishes generated with bead-blasting.

And while our standard finishing options do include bead-blasted surfaces, these are not true “textures” as described at the beginning of this design tip. These fall under the Mould-Tech standards; as you will see, these are produced through chemical etching or laser-based modification of the mould cavity. Each is represented by an MT- followed by a five-digit code. For example, MT-11010 presents a sand-like appearance, MT-11120 resembles smooth concrete, while MT-11555 has a wood panel look, and so on.

Mould-Tech textures are applied after the mould cavity is milled. For light textures, a corrosive chemical is applied to the tool. For more complex textures, a 5-axis laser is used to etch into the mould.

Rules of the Texturing Road for Injection Moulding

Literally hundreds of Mould-Tech specifications exist. Aside from the sand, concrete, and wood textures just discussed, there are also checkerboards, diamonds, straight or curved lines, and more. We are happy to supply a sample plaque showing the seven most popular finishes. Otherwise, Mold-Tech offers a complete book for a fee.

Mould-Tech textures can be applied to steel or aluminum moulds. Before uploading a design to the our site, you should indicate which surfaces require texturing, along with the desired Mould-Tech number. Depending on the desired texture, the surface(s) may require smoothing to remove tool marks—usually to an SPI-C1, as listed in the accompanying chart—or even polishing to an SPI-A2 if the Mould-Tech texture is very light. However, if a PM-T1 or PM-T2 texture has already been applied to a mould surface, additional texturing is not possible without re-machining one or both mould halves.

For those of you still in the development stage, it's a good idea to hold off on mould texturing decisions until you're done iterating. Doing so will reduce project costs and get you to the finish line that much faster. Best of all, it can often be added to a completed mould when geometry and existing surface roughness permits.

Steps to Success in Mould Texturing

So how is texturing accomplished? Two distinct processes are available, but which one to use depends on the type of finish, its surface depth, and the mould material. Regardless, both are applied after the mould cavities have been completely machined and their soon-to-be-textured surfaces smoothed to the requisite level. For light texturing, a corrosive chemical is applied in a controlled manner, etching the mould cavity until the desired depth and appearance are reached. If certain surfaces are not going to be textured, those areas are masked off with protective tape beforehand.

For more aggressive or geometric textures such as checkerboards and diamond patterns, a five-axis laser is typically used to ablate the mould material, essentially burning it away much as a CNC laser-cutter slices sheet metal into highly accurate pieces. Some textures may reach depths of 0.0762mm or more, which raises another important point: the need for larger draft angles when texturing is applied to the mould’s sidewalls. As a general rule, we recommend one degree of draft for every 0.0127mm to 0.01524mm of texture depth, or roughly 6 to 7 degrees for a typical wood grain or leather-like finish. As always, refer to the our DFM (design for manufacturability) analysis that accompanies your online quote.

Part materials are another consideration. We do not recommend textured surfaces when moulding soft polymers such as TPE and liquid silicone rubber (LSR), as these don’t pick up the finish very well. Nor does texturing add much cosmetic value with white or transparent materials like polycarbonate, except in those cases where the texture may serve to diffuse light or provide other optical properties. As with all things in manufacturing, exceptions abound, but in most cases, texturing provides the best cosmetic results in darker materials.

Finally, take special care when using fiber and flame-retardant polymers with textured moulds. These materials tend to generate higher surface resistance during the moulding process, creating drag and turbulence that may be reflected in the part appearance—glass fibers, for instance, can add a stringy or sparkly finish to a textured part, while flame retardants might lead to the whitish streaks known to plastic injection moulders as splay. That said, these and other concerns are, in most cases, easily addressed with the right mould design, which is why we encourage you to reach out to one of our applications engineers who are always available to help 01952 683047 or [email protected]