3D Printer Boldly Goes Where No Printer Has Gone Before 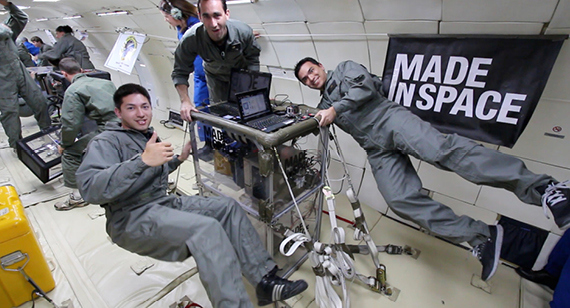 In April, at the International Space Station, NASA successfully tested a zero-gravity 3D printer that’s been in development for several years from California-based Made in Space.

NASA found that the specially designed, zero-gravity 3D printer could in fact manufacture parts and tools on-site and on-demand. As NASA points out on its website, this on-site, in-orbit manufacturing ability would be a huge benefit for long-term, deep-space missions with restrictions on weight and room for cargo. The tests on board the space station included successfully printing items such as wrenches. So far, more than 25 objects have been produced.

As Gizmag.com reports, the zero-gravity printer is an extrusion printer that, like other 3D printers, builds up layers of hot liquefied ABS thermoplastic to create an object. However, a number of factors had to be taken into consideration for designing it to work in a zero-gravity environment. Components that might previously have been partly held in place by gravity had to be redesigned, thermal processes had to be recalculated and the layering process had to be reconsidered. The printing functions were then all integrated into what is called the Microgravity Science Glovebox (MSG), part of an overall platform dubbed the Additive Manufacturing Facility (AMF). 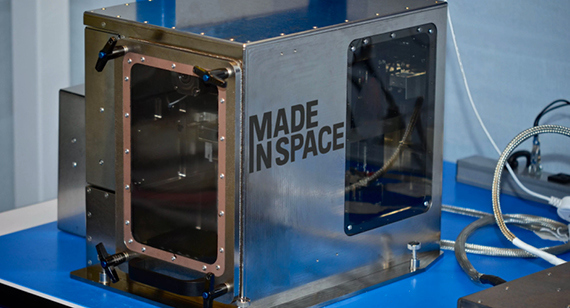 NASA recently used this 3D printer in space. Photo Courtesy: Made in Space

As a spokesman for Made in Space says in a promotional video: “The goal…is pretty simple, but audacious…to develop the necessary technologies to allow humanity to move beyond Earth and live on other planets.”

Meanwhile, more down-to-earth considerations include, as Wonderfulengineering.com reports, Made in Space’s announcement this week that it is “going commercial and inviting the public [to purchase parts] made in the unique presence of zero gravity.”

Tagged: 3D printing, Made in Space, NASA, Eye on Innovation