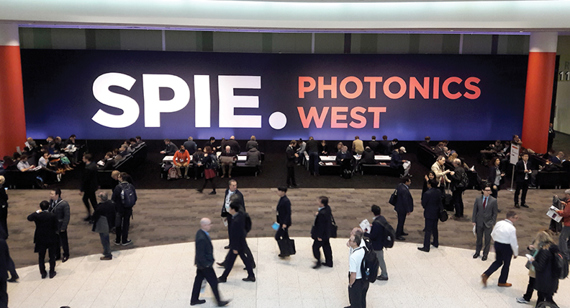 More than 23,000 engineers, industrial designers, scientists, senior executives, and entrepreneurs from around the globe gathered this week at San Francisco’s Moscone Center for Photonics West, which is the world’s largest optics and photonics conference.

The event, sponsored and coordinated by SPIE, the International Society for Optics and Photonics, was actually three conferences in one: BIOS, Bio-Optics and Biophotonics; LASE, Laser Sources and Lasers for Manufacturing; and OPTO, Optoelectronic Materials and Devices.

The event included nearly 5,000 presentations, workshops, panel discussions, and seminars over six days and featured more than 1,300 exhibitors, including Protolabs.

Among a staggering range of subjects explored at the conference, four hot topics that were especially creating a buzz included advice for startup companies, the exploding virtual reality (VR) and augmented reality (AR) market, emerging automotive optic applications—especially for autonomous vehicles, and the continued promise of 3D printing.

Several special events and workshops focused on startup businesses, including a panel of four founders of startups, who talked about traveling the hard path to success, highlighting the trials and triumphs along the way. Other sessions offered advice on corporate formation, export issues, and intellectual property law. The conference even featured a startup challenge, with six “pre-revenue” photonics entrepreneurs getting five minutes to pitch their business ideas and a chance to win more than $85,000 in cash, prizes, and promotion. 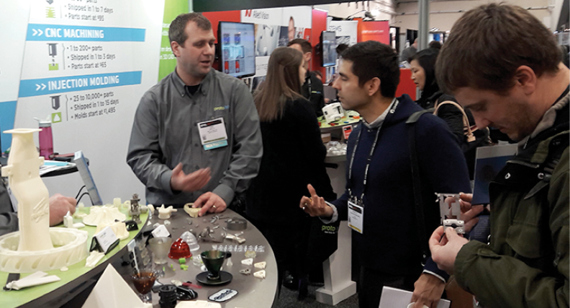 VR and AR were top-of-mind for many at the conference. A panel discussion focused on what the main optical challenges will be for this technology moving forward, especially in light of its significant potential to become the next major computing platform. Revenues are expected to hit the $85 billion mark by 2025, according to a recent Goldman Sachs estimate.

Optics applications for the automotive industry, and, in particular, optics for self-driving vehicles, also was a trending topic at the conference. One advancement showcased was lidar technology—a key photonics application—which serves as a critical sensor for autonomous-vehicle operation.

The Promise of 3D Printing

Several 3D printing-related topics were explored at a panel discussion, including its overall economic potential, related regulatory and intellectual property issues, and standards and certifications. Protolabs staffers at the company’s booth felt the impact of this surging interest during the conference, fielding a large number of questions about the technology and its current and future applications.

Eye on Innovation is a monthly look at new technology.