Traveling like the Jetson's just got one step closer with the Virgin Hyperloop passing a major milestone over the weekend in its goal of transporting passengers through vacuum tubes at high speeds. On Sunday, Nov. 8, two Virgin Hyperloop employees traveled 500 meters (1,640 feet) in a pod through a near-vacuum tube on Virgin Hyperloop's test track in Nevada, successfully accomplishing the vehicle’s first human passenger test. 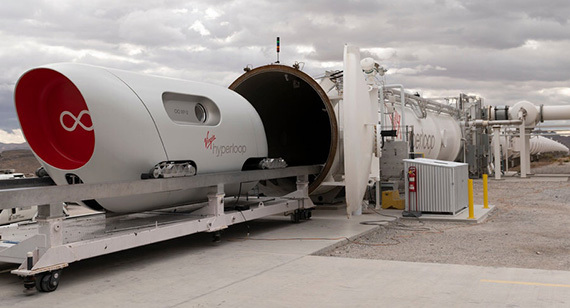 The transportation pod enters the hyperloop tunnel at the test track in Nevada. Photo courtesy: The New York Times

Traveling at 107 mph, the entire trip took just 6.25 seconds. However, the proof of concept theorizes that the pods can sustain speeds up to 700 mph. This is because the sealed tubes carrying the pods operate at very low air pressure, which reduces air friction, and the pods float above the track using magnetic levitation with very low aerodynamic drag.

Propelled by an electric motor, the pods also require very little energy to achieve and sustain the speeds over long distances. For medium-range distances, the Hyperloop is actually a faster and more efficient form of travel than an airplane.

Twenty months in the making, Sunday’s test marks the first of its kind for any company working on hyperloop travel, as Virgin Hyperloop became the first company to conduct a human test of the technology.

"This is a step of historical significance," said Jay Walder, Chief Executive Officer at Virgin Hyperloop. "I don’t think you can overstate it. This is a moonshot moment. I have no doubt this will change the world."

The test was as symbolically significant as it was important to the hyperloop’s eventual success. While the project’s engineers still have not unlocked the technology’s full potential, the recent human test represents a major safety milestone. It also gives realistic potential to what previously seemed just an imaginative concept from a SciFi movie or show. 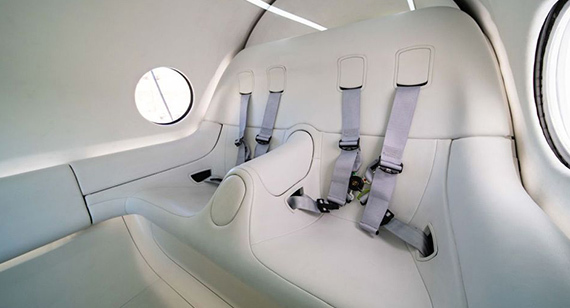 Hyperloop's XP-2 vehicle is a two-seater, but the production vehicle will seat up to 28 passenger. Photo and caption courtesy: Mashable

So, it's been proven that hyper-speed pod travel is possible, but how was the ride? Hyperloop's Co-founder and Chief Technology Officer, Josh Giegel, and Director of Passenger Experience, Sara Luchian were the lucky passengers for the inaugural ride. Wearing just regular street clothes and buckled in with a four-point harness similar to those used in infant and toddler car seats, the riders noted that the short trip was smoother than expected.

According to Giegel, the ride felt "not that much different than accelerating in a sports car."

The Hyperloop concept was first proposed by Elon Musk in 2012. Neither he nor his companies are working on the technology, so he offered the concept up to anyone interested. That is where Richard Branson and his Virgin Group stepped in. However, Virgin Hyperloop isn't the only company working on the concept. Competitors at Hyperloop Transportation Technologies, based in Los Angeles and Dubai, and Hardt out of the Netherlands are also working on hyperloop technology.

Over the past two years, Virgin Hyperloop, which has doubled its work force to from 150 to 300 and raised more than $400 million. Currently, Virgin Hyperloop is building a bigger, six-mile-long test track in West Virginia to continue testing and human travel. Next up, it plans to explore routes between Pune and Mumbai in India, between Jeddah and Riyadh in Saudi Arabia, and connecting Chicago; Columbus, Ohio; and Pittsburgh.

The Mid-Ohio Regional Planning Commission estimates that a hyperloop connecting those cities would displace 1.9 billion car and truck trips, reduce carbon emissions by 2.4 million tons and generate $300 billion in economic benefits over the course of 30 years. In the hyperloop, a trip from Los Angeles to San Francisco would take less than an hour. 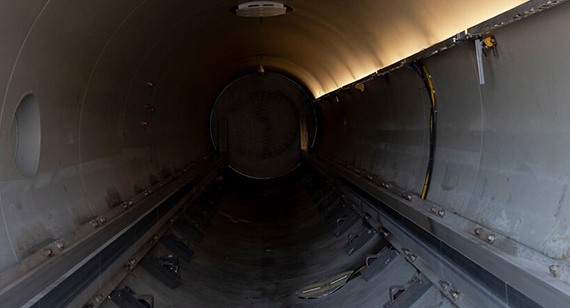 While the test proved that carrying a human in the pod could be done, the technology's proven safety still has a long way to go. Critics point out that 'the entire system is prone to a single point of failure that would be catastrophic to the entire structure. A simple breach and all passengers inside would perish almost instantaneously.'

And then there is the question of economic viability. As it ages, the system would require expensive maintenance. And, unlike air travel, the routes will need to be set in advance and unchangeable with very straight tracks and wide turns. Once the tracks have been determined, the land will need to be acquired and the tube system built.

In spite of the obstacles ahead, Virgin Hyperloop executives are encouraged by this latest accomplishment, believing the system will be commercialized by the end of the decade.

"This technology could be the transition to the future we all want," said Giegel. "Today we went from infancy to adolescence."