The automotive industry continues to navigate a rapidly changing and disruptive landscape these days. As suppliers to OEMs and others in the auto industry, we watch this sector closely. Here’s a brief update from the road. 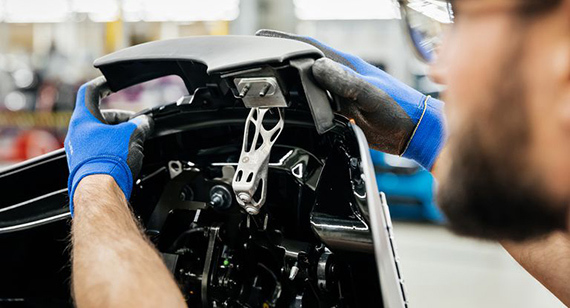 In many ways, the promise of industrial-grade 3D printing (additive manufacturing) as a production method is already here. Case in point: BMW. The Germany-based luxury automaker recently announced that it had just fitted its one-millionth 3D printed part in production: a window guide rail for the new BMW i8 Roadster. Located inside of the car door area, this part is used to help the window operate smoothly.

As All3dp.com recently reported, BMW has been using HP’s Multi Jet Fusion technology to produce the series of window guide rails. The high-speed MJF process, which is one of five 3DP technologies Protolabs offers, allows the carmaker to produce up to 100 window guide rails in a 24-hour period.

As Automotive News recently reported, designing assembly lines to build more than one type of vehicle dates back decades, but the ability to shift production from one type of vehicle to another is now proving vital for carmakers facing multiple challenges, including a worldwide consumer turn away from traditional sedans in favor of crossovers and SUVs.

This is especially the case in the aftermath of the recent plant closures and layoffs GM announced, including the Detroit-Hamtramck Assembly in Detroit, which produced only Chevrolet Volt models, and Lordstown Assembly in Warren, Ohio, which made only the Chevy Cruze model.

By comparison, a far more agile Nissan factory in Tennessee can assemble six different vehicles. Additionally, Honda's assembly plant in Indiana, which had been used to build Civic sedans and a small sedan for the Acura brand, is now also producing the compact CR-V crossover.

Along these lines, Daimler, the parent company of Mercedes-Benz, recently announced plans for its first “Full-Flex Plant” in Kecskemet, Hungary, about 55 miles south of Budapest.

“In a ‘Full-Flex Plant,’ several vehicle architectures from compact models to rear-wheel drive sedans and various drive forms, including electric vehicles, can be flexibly produced on one line,” said Markus Schäfer, member of the Divisional Board of Mercedes-Benz Cars, Manufacturing and Supply Chain. 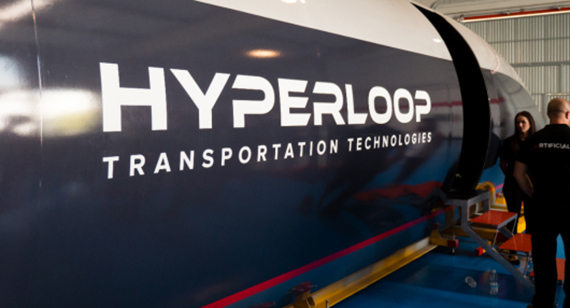 Hyperloop: One Leap Forward, One Step Back

What’s new with Hyperloop technology? As with most innovative ideas, progress has been made, and at least one public setback has also occurred.

HTT is one of several companies in the race to launch Hyperloop technology, a concept first envisioned by Tesla CEO Elon Musk in 2013 and subsequently developed by a team of engineers from Tesla and SpaceX. The technology would use magnets to levitate and propel pods or capsules through large tubes at speeds of more than 700 mph—shortening a trip from Los Angeles to San Francisco, for example, to just 30 minutes.

Meanwhile, in Colorado, Los Angeles-based Arrivo announced in December that it was backing out of its plans to build and test a Hyperloop-inspired system that would move passengers and freight at speeds up to 200 mph and help eliminate Denver’s growing traffic problems.

As Hyperloop and other transportation technologies continue to be explored, Protolabs has been working with leaders in autonomous vehicle development, and has also given a boost to future developers in this sector. Last August, a SpaceX Hyperloop Competition at the SpaceX Hyperloop track in Hawthorne, California, designed to help promote Hyperloop tech and “advance terrestrial transportation,” challenged students to design a high-speed pod or capsule. Our company supplied the Paradigm student team with CNC-machined parts that make up the pod’s wheel assembly. The Paradigm team included students from Northeastern University, Memorial University of Newfoundland, and the University of the North Atlantic. We also supported Badgerloop, a team of students from the University of Wisconsin-Madison, with machined parts.

Industry Spotlight is a regular look at manufacturing trends in segments such as automotive, medical/health care, and aerospace.