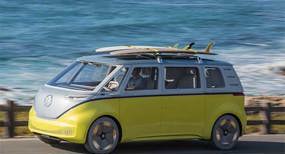 Our hunt for innovation this month features a roundup of trends, products, and technology.

The microbus is back. Volkswagen has confirmed plans to build a production version of its all-electric ID Buzz van in 2022 for consumer and commercial markets, Autoweek recently reported. The van—or microbus as the iconic vehicle was once called—will actually be one of three electric vehicles VW is developing. An electric SUV and hatchback are also planned. These vehicles will join the all-electric Tesla Model 3, which was released this summer, and Chevrolet’s Bolt, as affordable, long-range, battery-powered vehicles geared to a more mainstream market. Meanwhile, Volvo announced in July that all models it introduces starting in 2019 will be either hybrids or powered solely by batteries. Overall, sales of electric vehicles are surging as more drivers ditch the gas pump. The number of electric vehicles on the road soared to 2 million in 2016 after being nearly non-existent just five years ago, according to the International Energy Agency. 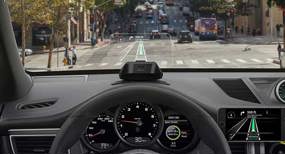 Keep Your Eyes on the Road, Your Hands upon the Wheel

Speaking of cars, more after-market companies are developing heads-up universal display systems for vehicles as a way to help reduce drivers’ distractions behind the wheel. HUDWAY is one of those companies. Its HUDWAY Cast is a portable heads-up display for your car to get directions, receive calls, texts, and control music in a safer way. It works wirelessly with both iOS and Android devices. As its Kickstarter description states, “You always see your directions in your line of sight, while your phone acts as a quick-access control panel.” A total of $235,000 of a $100,000 goal has been pledged so far on Kickstarter. The product hits the market this November. 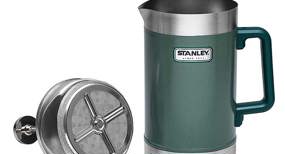 French Press Coffee on the Go

The Stanley Classic Vacuum French Press is, as Amazon describes it, “rugged enough for the campsite and cool enough for the kitchen.” So, now you can take your French-press brew with you wherever you go. With its all-steel construction, vacuum insulation, and classic Stanley hammertone green color, this trés chic thermos sells for about $65. 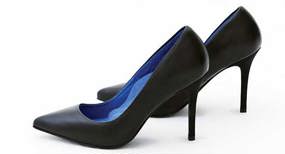 Antonia Saint NY are innovative high heels designed to feel more like running shoes. The keys to comfort are custom fitting the shoe for each individual buyer and a patent pending cushion and foam-support system. This product has captured the attention of Glamour Magazine, Huffington Post, Real Simple Magazine, and, oh yeah, nearly 5,000 backers on Kickstarter. A total of more than $1.3 million has been pledged. The original goal? A mere $50,000.