Game of Drones: Competition Intensifies as Drone Usage Takes Off

Posted On September 4, 2018 By Brandon Marcus

You may have seen a drone being flown by one of your neighbor’s children, or on the evening news high over the mountains of Afghanistan keeping watch over our soldiers. Or you’ve read about them being used by Amazon to deliver packages. With any luck, one day drones will deliver lunch from your favorite local burrito shop. Beyond these examples, though, there is much more to the drone industry, and the market demand for drones continues to grow, intensifying competition among drone manufacturers.

We should all expect that in the not-so-distant future the hum of drones flying house to house will be as recognizable as takeoffs and landings at your local airport. In the never-ending battle of a free market economy, with thousands of drone companies, who will come out ahead? What sectors and segments will be the most lucrative? And, which companies that are deploying drones should you keep an eye on? 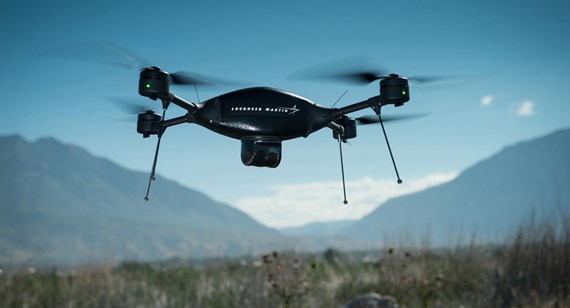 The Indago is a foldable quadcopter developed by Lockheed Martin to aid search-and-rescue missions. The drone designers called on Protolabs for rapid injection molding as they transitioned from 3D-printed prototypes to molded production parts.

To answer these questions, and to speculate on who will sit atop this game of drones, here’s a look at:

The Development of Drones

What is a drone? Originally created for the military to reduce the cost and risk of manned flight, a drone is an airborne vehicle without a person onboard. Also sometimes referred to as unmanned aerial vehicles (UAVs), most drones are piloted on the ground by a human via remote control. Drones vary in size from small, fold-up models that fit in your backpack, to airplane size and larger.

More recently, a non-military, commercial market for drones has emerged. Companies like Amazon, Alphabet (Google), and AeroVinci, among others, are developing sophisticated interconnected docking stations and networks to control drones without human interaction. But the original application as an item for the military is still one of the highest use cases for drones, followed closely by law enforcement usage. For now, at least, the military segment owns more than one third of the total drone market.

This military market dominance is expected to shift with future regulatory changes and further development of commercial and consumer uses. One prime reason for this shift is because the components that are used to produce drones have gotten more affordable. With this affordability, drones are becoming widely available for a variety of companies and uses. Examples abound: 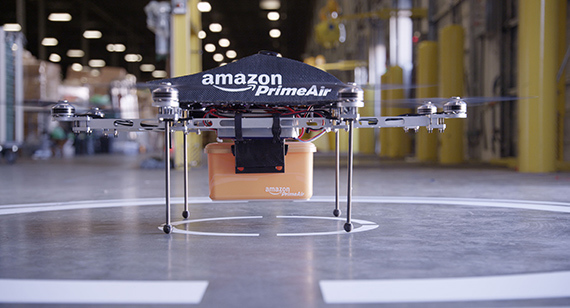 Amazon Prime Air is a delivery system designed to take a package from the warehouse to the destination address within 30 minutes.

It’s All about Payloads and Efficiency

Given this growing demand for drones, it becomes increasingly important for drone manufacturers to focus on innovation and technological advancements in relation to payloads and overall efficiency.

With drones, what someone is willing to pay will always come down to what the drone is capable of carrying. Drones have the ability to carry everything from small cameras to large military reconnaissance optics used by armed forces around the world, and everything in-between.

Efficiency is also key in the industry because having a drone with the proper payload can only get you so far. The drone also needs to stay in flight for an extended period of time. Many companies are looking for new applications in plastics and plated 3D printing to help reduce the overall weight of drones and increase efficiency in flight time. Keeping a drone in flight can be critical for search and rescue drones where a few more minutes of flight can be the difference between life and death. Look for many drone companies to develop higher efficiency ratings with longer flight times by using topology optimization and additive manufacturing.

Delivery Services Will Lead the Way

Finally, I think delivery services will ultimately lead the way in terms of drone applications. Delivery services using drones are already in advanced development stages at places like Amazon, which has developed a program called Prime Air. This delivery system has been designed to take packages from Amazon distribution centers to your front door in under 30 minutes. In the past this would only be possible with dedicated delivery drivers to unique orders—but this has been found to be impractical. The use of drones makes this option practical. Amazon believes that the use of drones will increase both the safety and efficiency of the transportation system. We should fully expect that many other companies will follow suit with drone delivery in the food and healthcare industry. Think about the day when you can get both your medication and dinner delivered by a drone.

With thousands of drone manufacturers in the marketplace, and more popping up every day to meet this increasing demand, it will become more important than ever for drone companies to distinguish themselves from one another. Offering a more efficient drone with increased payload capacity will be the key to sitting on top of the industry. I fully expect the ecommerce giants to sit on top of the industry. Their large budgets for research and development, and their ability to develop processes for unique ways of conducting and approaching business, and their voice in local, state, and federal government will be key to their success. My prediction? Expect to see a heavy dose of prototyping and payload development in the next 18-24 months as Amazon takes its seat on the throne of this game of drones.