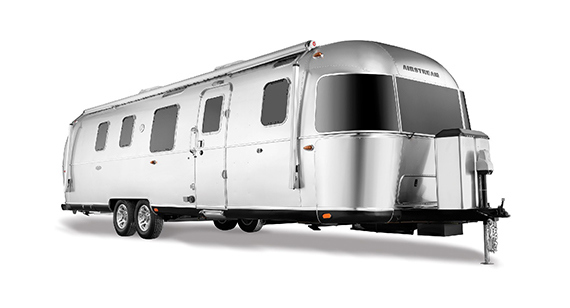 Airstream recently announced tech-friendly updates to its classic travel trailer. While the company’s 2019 Classic model will still have the same silver bullet design that has been a staple of the brand since the 1930s, the new Airstream Smart Control Technology capabilities allow the owner to control systems and monitor levels from a smartphone app. Functionality of the app includes controlling indoor and outdoor lighting, vent fans, awning, shades, air conditioning, and heat pump from miles away. Users will also be able to monitor water tank, propane tank, and battery levels from the palm of their hand.

"Airstream owners have long been bringing digital technology and the Internet of Things (IoT) into their trailers, often in very creative ways," said Airstream Vice President of Product Development and Engineering McKay Featherstone in a press release. To commemorate the iconic brand’s drive into the 21st century, we’ve rounded up a list of other tech-forward outdoor products that would make great accompaniments to a camping trip in the new Airstream.

The SOUL Solar Scroll that launched on Kickstarter earlier this summer is a military-grade rollable solar panel designed to charge devices on the go. The scroll can be charged by soaking up energy from the sun, or plugging into a wall outlet before leaving the house, and holds enough battery to charge a cellphone one to two times, GoPro four to five times, or wireless headphones 10 times. Once charging is finished, just roll up the flexible solar panel into its 10.5 ounce container and tuck it into your backpack before hitting the trails. 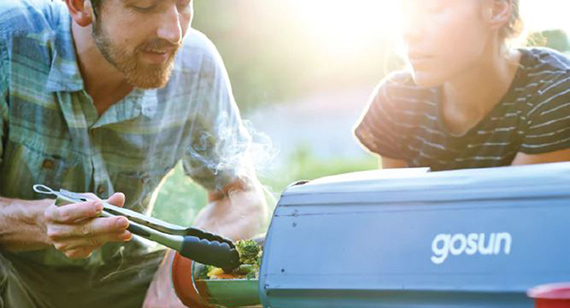 GoSun’s latest product in its line of solar-powered cookware is designed to be completely self-contained and compact, so all you need to bring is the food and utensils. Photo Courtesy: kickstarter.com

Another innovative solar-powered product introduced this summer is the GoSun Fusion oven. As the name implies, the oven combines solar power and electricity so cooking meals isn’t limited to daytime use. Even on cloudy days, the oven is able to cook a meal in 30 minutes and heats up to 450 degrees. For an after-dark snack, the oven can be plugged into a cigarette port or optional power bank (that is also solar-chargeable). The durable and compact oven cooks three liters of food in any weather, including cold and snow, making it a great addition to any camper’s inventory.

All avid outdoorsmen have run into the frustration of trying to start a fire in windy or wet conditions at some point. Tacklife offers a solution with their electric-arc lighter that is wind and splash proof. The lighter runs off a lithium-ion USB-rechargeable battery that holds 300 lights in a single charge. Built-in security measures include a 4.6 inch, 360 degree rotational neck, reducing the danger of burns, and a flame-less, butane-free lighting source.