Laser-Sharp Hearing Not Required to Benefit from Latest MIT Breakthrough

Since its invention more than 60 years ago, numerous applications have been developed for the laser, including several scientific, military, medical, and commercial uses. Most current uses revolve around the transference of light and visual benefits, but as of January, sound transmittance can be added to the list of possibilities. 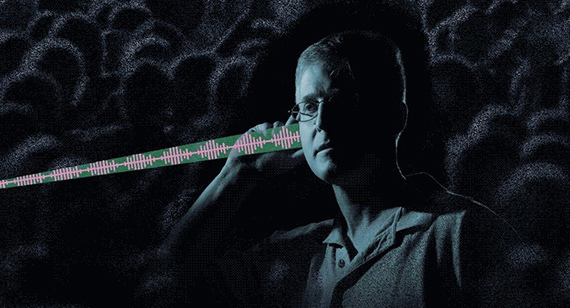 The eye- and skin-safe laser light can transmit a targeted message across a crowded room reaching only the intended receiver.

Researchers at MIT developed a way to transmit an audible message to someone using a laser beam without needing any receiving equipment. Messages were sent using the photoacoustic effect, which happens when materials produce sound waves after absorbing light. In the case of the laser, researchers used water vapor in the air to absorb light and create sound.

Sweeping the laser at different lengths encoded different audible pitches into the light, allowing the researchers to create an audio signal only heard at a certain distance from the transmitter. This allows for a message to be sent to a specific individual, or group of individuals, rather than anyone who crosses the beam of light.

In lab testing, scientists were able to beam music, recorded speech, and tones at a 60-decibel level—roughly the volume of background music or a conversation in a restaurant—eight feet, and they believe the system can easily be scaled up to longer distances. Researchers also tested a second technique that encoded a message by modulating the laser beam, which produced a quieter but clearer result.

Once the technology is fully-developed, researchers see many potential uses including military/spying purposes, emergency notifications such as quietly informing of an active shooter, and even super-targeted advertising.