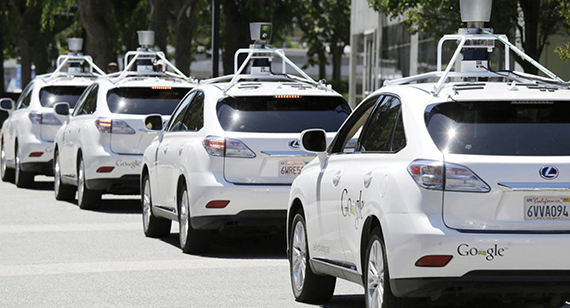 For example, Ford plans to launch an autonomous vehicle by 2021, and is investing $1 billion in the startup Argo AI to make it happen, according to Marketplace Tech.

As a supplier of parts to companies developing self-driving cars, we’re interested in advances in this growing segment within the larger automotive industry.

One of those advances is lidar, a laser-based sensing technology, which is emerging as central to the development of the next generation of self-driving cars.

The optical technology’s name—lidar—stands for “light detection and ranging.” As Optics.org recently explained, lidar is analogous to radar but relies on infrared light instead of radio waves.

Lidar technology units are showing up mounted on the roofs of both experimental self-driving cars being developed by Google and others, and on cars with advanced driver assistance systems (ADAS), which are being tested by Ford, Mercedes-Benz, Volvo, and other OEMs.

Lidar technology and its applications created a buzz at Photonics West, the giant optics and photonics conference that occurred earlier this month in San Francisco, which was sponsored and coordinated by SPIE, the International Society for Optics and Photonics.

How it Works
A January article in a SPIE publication explained that the lidar optical systems are part of a suite of sensors that work with an onboard computer to map the local environment and steer the vehicle through a dynamic environment that might include all sorts of elements, such as traffic signals, pedestrians, and other cars.

As the article mused, “The ultimate goal is a robotic system that drives better than error-prone humans, but most observers think that’s many years away.”