The Cool Idea Award judges are technologists, innovators, entrepreneurs, instructors, and some are even past Cool Idea Award recipients. All of our judges have a story worth sharing, so we sat down with each for a quick Q&A to help you get to know them a bit better. 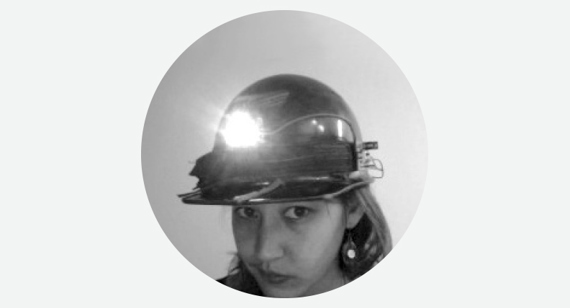 This will be Amanda’s first year on the Cool Idea Award judge panel.

What are you looking forward to most about being a Cool Idea Award judge in 2017?
Seeing lots of cool ideas!

Tell us about your background—what’s something about your professional life that we wouldn’t necessarily know by looking at your LinkedIn profile?
I went to graduate school for information and computer science, but also received some training in ethnography and anthropology while I was there and I use it daily.

What’s the best piece of entrepreneurial or business advice you’ve received and how did it help you?
I was talking with the president of a design firm about one of his employees, and he said “He’s a great designer because he argues well. He argues a lot, but it’s never to win or to prove that he is right. He argues because that’s how you make the product better.” I thought it was a really smart insight, and it has informed what I look for when I’m hiring, and how to judge and handle conflict when managing a team.

What entrepreneurial or business advice would you give to budding entrepreneurs and startups?
Specifically when it comes to manufacturing—if you haven’t done it before, it’s going to be twice as hard as you expect, and you don’t know what you don’t know. Expect to spend more time than you anticipated on design for manufacturing and product testing. Also, make it a priority to sleep, exercise, and eat real food.

What companies or individuals are breaking the mold when it comes to innovation? What are they doing differently than others?
I think kaggle.com is pretty cool. It provides a sort of data science marketplace—companies trying to pull answers out of a pile of data can post competitions. Professional data scientists of course can participate, but at the same time, amateur data scientists can access real-world data sets to learn from. It’s a win-win!

What are the most valuable resources available for innovators, inventors, makers, etc.?
Other entrepreneurs, both as mentors and as peers. I actually hate “networking,” like the kind where you go to a mixer, drink some free booze, and informally pitch your project over and over again to random people. But working side-by-side with peers, giving feedback on prototypes and pitches, suffering together on crazy deadlines is invaluable.

What qualities will you look for in a good Cool Idea Award applicant?
I’m in favor of cool ideas that solve real problems—not just “first world problems.” I also like art that makes you rethink familiar things. 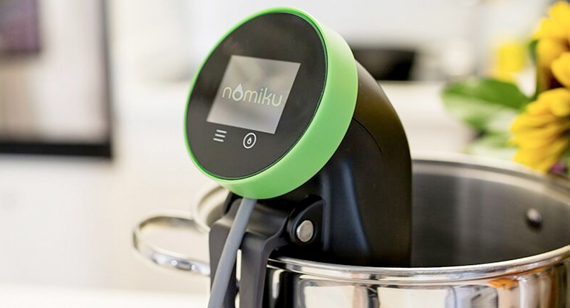 What’s your all-time favorite product and why?
I’m a big fan of the Nomiku sous-vide immersion circulator. Sous-vide is a cooking technique whose cost and difficulty used to make it available only to serious professional chefs, but now I can use it on a weekly basis.

What product do you think has had the biggest positive impact on people’s lives and why?
I’m gonna go with vaccines and birth control for pretty obvious reasons.

What’s your favorite Cool Idea Award-winning product and why?
Point Source Power, VOTO. Providing electricity for people off the grid is a big deal, even if it’s just to charge a small device. People living on very low incomes can benefit enormously from mobile phones, not having a reliable power source can have a substantial negative impact on kids’ ability to do homework and keep up in school.

What’s the most random thing you’ve ever watched all the way through on Netflix?
Fannie’s Last Supper. It was this documentary about how a bunch of cooks spend two years reconstructing an elaborate Victorian feast using only techniques and ingredients available in the second half of the 19th century.

Stay tuned for more one-on-one discussions with the Cool Idea Award judges. In the meantime, check out the Cool Idea Award website to learn more about our manufacturing service grant. If you have a project you’d like to submit for consideration, apply here.