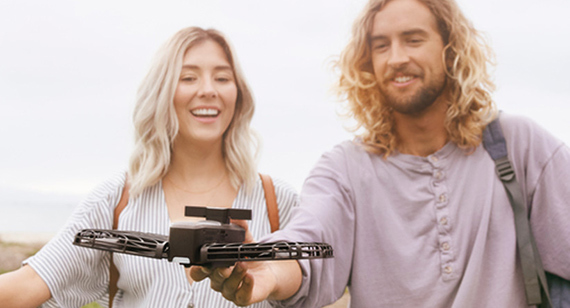 The Hover 2 has raised more than $800,000 through its Kickstarter campaign and is slated for a March 2019 launch.

Our hunt for innovation this month leads us to a cool new drone that uses AI; face-scan technology that may well be used soon at airports; a tough, “apocalypse-proof” electronics case; and a glimpse at an old-school, yet innovative, solution from the folks at UPS, who are deploying delivery tricycles on the crowded, traffic-choked streets of Seattle.

New Drone Takes Off with AI

The Hover 2 drone from Hover incorporates innovations such as optical radar and artificial intelligence (AI) technology that enables industry-leading obstacle avoidance and tracking features, giving you ease of piloting and overall usability, plus spectacular video and photos from every angle. Currently in Kickstarter, more than $841,000 of a $100,000 goal has already been pledged, with three weeks to go. We’ve worked on drones, so we’re always interested in drone advances. The Hover 2 is estimated to hit the market in March.

Face Scans at the Airport

As Wired reports, creepy or not, face scans are speeding up airport security. Indeed, over the next three years, 77 percent of airports and 71 percent of airlines are planning trials or full rollouts of biometric scanning systems. The concept or promise of airports taking advantage of biometric data makes use of facial recognition and other AI-powered technologies to recognize, authorize, and screen individuals from afar. The components that make a free-flowing facial recognition system are already in real-world trials. Delta is calling its terminal at Atlanta’s Hartsfield-Jackson Airport the first biometric terminal in the U.S. 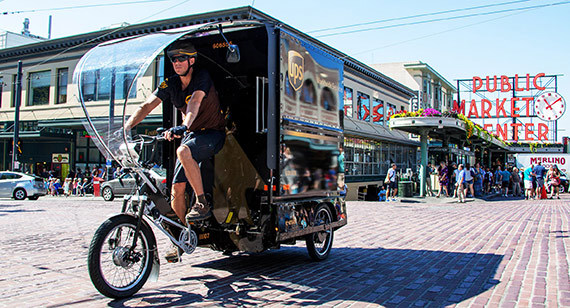 UPS has turned to electric tricycles built by Truck Trike to accelerate delivery speed in Seattle.

As any urban dweller has observed, cycling is the fastest way to get around traffic-clogged cities. And, as Wired reports, UPS is now deploying this old-school approach, moving packages around Seattle by electric tricycle, in parts of the city where driving no longer makes sense, in a yearlong pilot program. The trikes were designed and built by Truck Trike of Portland, Oregon. When the rider starts to pedal, human power pushes the front hub. With a thumb throttle, the rider can draw power from a pair of battery packs in the base of the trike to rear hub motors for the back two wheels, with enough juice for 12 to 18 miles of range.

Protect Your Phone, Credit Cards, Cables with this Case

As Gearjunkie.com points out, given “the skyrocketing price of phones today, you might as well get a durable case to match it. Pelican (recently) launched perhaps the most apocalypse-proof electronics case with its Go G40 Case.” Well, that might be overstating it a bit—we think the only items left post-apocalypse will be cockroaches and Styrofoam—but the Go G40 is crushproof, dustproof, and watertight, and sells for $39.95 at REI.