Product Roundup: The Best of CES 2018 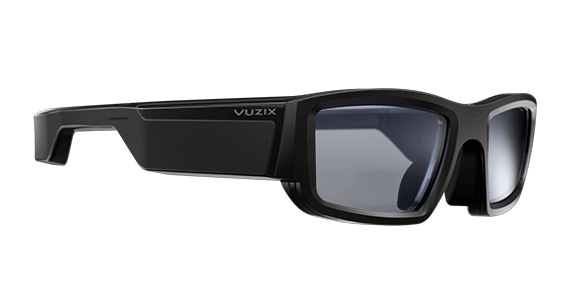 Every January, tech companies from around the world converge on Las Vegas to debut new products and futuristic innovations at the annual Consumer Electronics Show (CES). This year’s show was all about “smart” products, robotics, and screens—the bigger, the better. Below we round up five of our favorite products showcased at the biggest gadget show of the year.

This software uses photos of your ear and face to analyze how your ear perceives sound and builds a custom audio model to process sound that passes through Creative’s headphone-compatible DSP chip to produce sound that’s the next best thing to being live. Attendees called this the demo to beat at this year’s show, saying they were barely able to differentiate between the headphones and live music or a high-end home theater surround-sound system.

With imagery as detailed and vibrant as viewing through a smartphone screen and Amazon Alexa compatibility, Vuzix’s latest pair of augmented reality glasses give Google Glass a run for its money. The headset is Bluetooth and Wi-Fi compatible to perform functions of a computer or smartphone, such as sending and receiving email and text messages. Different from other smart glasses on the market that focus on weight, comfort, and graphics, such as Epson’s Moverio smart glasses, the Blade glasses focus on function with a long-term goal of a future where a user could walk down the street, see a sign for an upcoming concert or product they’d like, and ask Alexa to purchase the tickets/product. 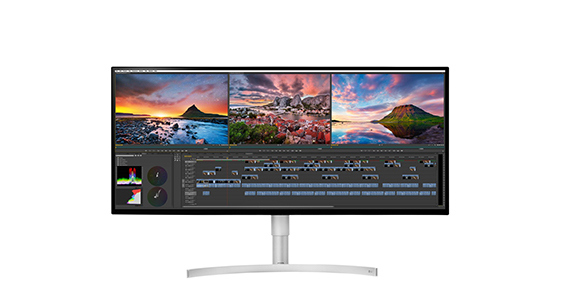 The 21:9, 5K UltraWide monitor is the first of its kind from LG and was designed with users who multitask extensively in mind. Photo Courtesy: lgnewsroom.com

According to Honda, a society where humans and robots co-exist in everyday life might be closer than we think. Their new 3E (Empower, Experience, Empathy) Robotics Concept includes the 3E-D18 (Workhorse), an autonomous off-road vehicle with artificial intelligence to support people in a range of work activities, and the 3E-A18 (Cooperative Robot), a companion robot with a variety of facial expressions to show compassion to humans.

Officially the largest and the highest-resolution OLED screen to date, this 33 million pixel resolution screen produces an incredibly lifelike, almost 3D image. However, as broadcasts are just starting to catch up to 4K display, it’s probably not worth breaking the bank on an 8K TV anytime soon.

In addition to the massive TV, LG debuted a nearly 3-foot-wide monitor. The monitor is just shy of being considered 5K (5,120 x 2,880) with a 5,120 x 2,160-pixel resolution. LG says the monitor was designed with video editors, photographers, and software and app developers in mind.