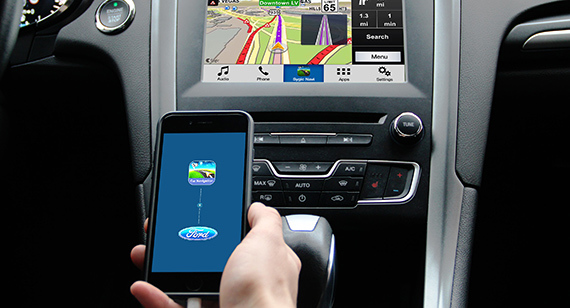 Sygic is the first GPS app to partner with Ford and is optimized to work seamlessly with Ford’s SYNC 3 vehicle touchscreen. Photo Courtesy: sygic.com

Smartphones and cars—two things we are often discouraged from using at the same time—are actually teaming up to make our lives easier in the not-too-distant future. From voice-controlled vehicle commands, to turning your phone into a digital car key, and even the ability to summon an autonomous vehicle with your phone, smartphones and smart cars are becoming terms that go hand-in-hand.

Ford and Sygic team up to offer the new Driving Assistant feature through Sygic’s GPS navigation app. The assistant, being called Alexa for the car, works with Ford’s SYNC 3 infotainment system’s AppLink feature to project the apps contents from the smartphone screen to the vehicle’s infotainment system screen. The Driving Assistant is a voice-controlled co-driver that identifies nearby gas stations, restaurants, hotels, etc. by letting the driver ask for traffic information, parking, gas prices, destination locations, and route changes in real time while driving. While we are usually told to stay off our mobile devices while driving, the app feature is actually designed to “keep eyes on the road and hands on the wheel by projecting the navigation information onto the touchscreen and leveraging voice recognition commands.” 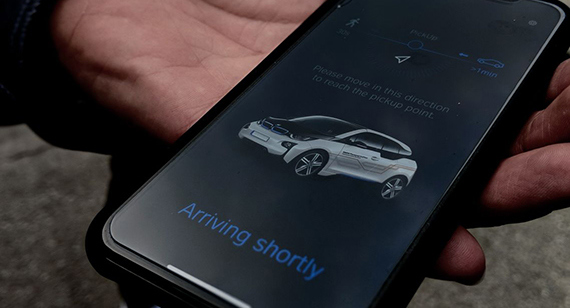 Soon BMW drivers will be able to summon a self-driving vehicle directly from their smartphone. Photo Courtesy: techcrunch.com

Starting in July, BMW drivers will be able to lock, unlock, and start up their vehicles using the BMW Digital Key on their smartphones. Drivers will also be able to share the digital key with up to five users, making it a convenient feature for multi-driver households. Additionally, BMW announced an addition of a second eSIM to all of its vehicles, which will allow drivers to link their phone contract with their car, enabling the user to make calls and set up mobile hotspots directly through the vehicle.

Taking the smartphone/vehicle technology to another level, BMW also demonstrated its new autonomous i3 electric car that can be summoned by phone at Mobile World Congress (MWC) in Barcelona this week. With a tap of a button, you can summon the vehicle, take a seat in the back, and be carried away to your destination. Once you arrive, simply exit the vehicle and lock the doors and it will find a nearby parking space and wait to be summoned for your return.

While it may seem like an episode of the Jetsons, the reality is that self-driving car technology has been around for a while now, and when that technology teams up with smartphone science, it’s hard to imagine what we won’t see when it comes to smartphones and smart cars of the future.