The automotive industry has stood as the life blood of American manufacturing for decades. It is the heart of the Detroit economy and in recent years has faced many challenges, but some of the greatest challenges have just begun. Tech giants such as Google, Apple and Tesla, to name a few, are poised to drive new levels of competition. It’s fair to say these companies qualify as a Big Bang disruption that is a major industry change instigated by non-traditional players in the market.

Most of us still think of the automobile primarily as a tool to bring us from point A to point B, but cars and trucks have become so more than just transportation. Many modern cars are a fully connected infotainment system that just happen to be on four wheels. The automobile has become a mobile conglomerate of computer and technology devices — a true command center supporting the driver with much more than just driving.

Another way to look at this shift is with the electronic device industry. A decade ago, the handheld GPS was a very common and useful tool. Today, GPS navigation is almost an afterthought on your smartphone since it’s as simple as downloading a user-friendly app. This is just one of many seismic digital shifts in the past 10 years.

However, while the technology-based companies leading the electronic infiltration into the automotive world certainly have the computing chops, the knowledge, depth and infrastructure that comes with manufacturing electronic components for the automotive industry is still developing. These tech giants must acclimate to model years and multi-year platforms compared to frequent software updates — two fundamentally different ideologies colliding. 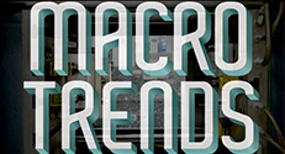 The competitive nature of the automotive industry has yet another dimension. The bar of expectations is rising and customer expectations reach new heights with every model release. The leaders of innovation that focus on what the market values will rise to the top.

Read about more automotive trends within the industry and how rapid manufacturing can help in our latest Journal cover story.