At Protolabs, we work with a variety of industries and, it seems no matter the industry, innovation continues to drive product development and fuel flourishing companies. Here’s a look at five recent innovations from five industries.

Telecom companies are poised to deploy fifth-generation—or 5G—cellular networks this year, reports a recent article on the consumer electronics industry. Beyond providing greater speed, 5G-enabled smartphones are expected to bolster security and support extensive connectivity between devices. Though 5G network services are far from being completely rolled out, tech giants such as Verizon and AT&T have announced 5G-enabled products, which are expected to be available soon for consumers. 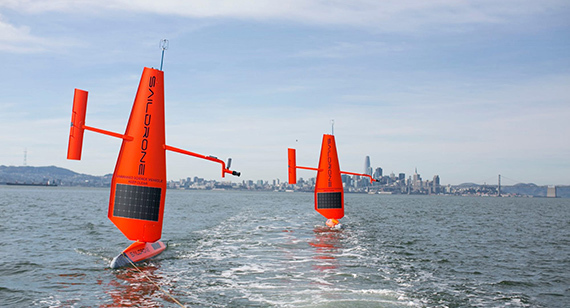 Driverless cars are grabbing the headlines, but self-sailing boats, like these drone boats, are also being developed. Photo: GearNova

Sure, we’ve heard a lot of buzz about driverless cars, but self-sailing boats are also finding fair winds in the marketplace. Indeed, automated drone boats are already in use for research purposes such as documenting fish populations. The prime question is whether advanced autopilot systems will make their way into the recreational sailing market. Existing systems are designed to keep your boat on course, but future systems will help plot a course based on updated wind, surf, and other weather data. In addition, advanced autopilot tech already used on container ships and ultra-luxury yachts will eventually become more affordable for weekend captains and small craft owners.

Automotive: AR for Your Car

As we’ve previously reported in this blog, in-car augmented reality (AR) technology is showing up in several new vehicles for 2019 and beyond. NVidia’s DriveAR platform uses dashboard-mounted display overlaying graphics on camera footage from around the car to point out hazards, historic landmarks, weather conditions, traffic information, and other notable items along the way. Audi, Mercedes-Benz, and other carmakers have signed up to work with this technology. Beyond in-car AR, the industry also is using AR on the maintenance side, too, including Porsche technicians who use AR glasses for repairing vehicles.

U.S. Army researchers are looking into metal additive manufacturing to create steel alloy as a way to transform combat logistics, according to a recent Design Engineering article. Materials manufacturing scientists say this technology could potentially change everything.

“You can really reduce your logistics footprint,” said Dr. Brandon McWilliams, a team lead in the U.S. Army Combat Capabilities Development Command’s Army Research Laboratory. “Instead of worrying about carrying a whole truckload, or convoy loads of spares, as long as you have raw materials and a printer, you can potentially make anything you need.”

Using powder bed fusion, the Army researchers are building parts from an alloy, AF96, in powder form. The Air Force initially developed AF96 as an economical yet high-strength and hardness alloy for bunker-busting bomb applications. The resulting steel alloy parts are approximately 50 percent stronger than those commercially available, McWilliams said, but they have yet to be battlefield tested. 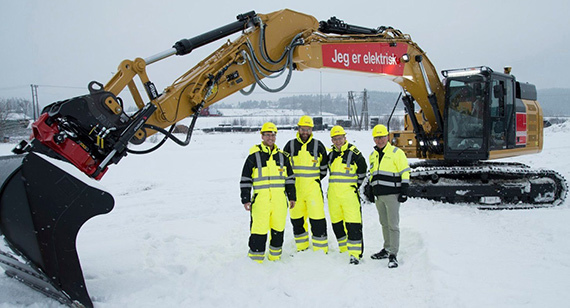 In Norway this winter, Caterpillar officials showed off a prototype of an all-electric, 26-ton excavator. Photo: Electrek.co

In January, Caterpillar unveiled an all-electric, 26-ton excavator. Earlier this month, Volvo Construction Equipment (Volvo CE) announced it will stop making certain diesel models in the near future and only manufacture electric versions. Electric construction equipment has been growing in recent years to the point that now about a dozen equipment manufacturers have electric compact machines such as excavators, loaders, and trucks. While electric cars have grabbed the headlines, the construction equipment industry has been quietly deploying this technology. And, in the case of Caterpillar, electric tech seems to be expanding into quite large construction equipment. Caterpillar, along with Pon Equipment, built a prototype of the all-electric excavator—which includes a giant 300 KWh battery pack—in Gjellerasen, Norway for construction company Veidekke, which plans to use eight of them.