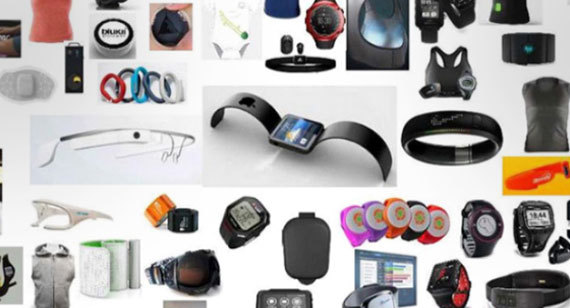 Devices abound for wearable technology. These are only a few examples. Photo Courtesy: Biometricupdate.com

Wearable tech products continue to gain in popularity as more markets and uses for the technology emerge, as advances in wearables are made, as ease of use and convenience improve, and even as wearables hit some bumps in the road, including, with some products, a failure to meet predicted sales numbers, and, in other cases, legal challenges.

On the bright side, a study by market research firm IDC claims that smartwatches and smart clothing will help double the wearable market by 2021, predicting that smartwatch shipments will increase from 71.4 million units in 2017 to 161 million units in 2021. Additionally, Kalorama Information, which publishes health care-related market research, reports the global wearable medical device market was valued at just over $13 billion last year. Health care is among the fastest growing segments for wearables because of the overwhelming need to monitor diseases and because of the aging population.

Markets for and uses of the technology do seem to be expanding. Applications include medical, fitness and wellness, enterprise and industrial, and even military and defense sectors. Devices abound: smartwatches, fitness wristbands, body monitors, wearable cameras, and other multi-use devices such as eyeglasses that are also fitness trackers.

Some sources, however, say that the wearable device category is failing to grow at rates that had been forecast. As Techcrunch.com recently reported, “Smartwatches in particular have failed to impress customers.”

Meanwhile, questions about fitness trackers and their accuracy sparked a class-action lawsuit last year over the technology in Fitbit trackers. The lawsuit was filed on behalf of people who bought Fitbits especially to help track their heart rates. As CNN reported in April, one of the lawyers who filed the lawsuit called Fitbits “wildly inaccurate as heart-rate monitors.” The lawsuit is on-going.

At the same time, that same CNN article cites a study published in the Annals of Internal Medicine that does report that, though the heart-rate monitor in an average fitness tracker may not be as precise as equipment used in clinics and hospitals, the trackers are “accurate enough for most consumers’ needs.”

Industry Spotlight is a regular look at manufacturing trends in segments such as consumer products, electronics, health care, automotive, and aerospace.