Back to press page 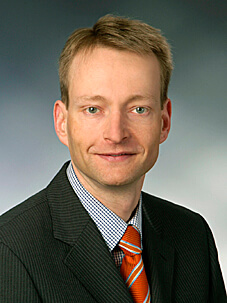 October 19, 2017—Protolabs, a global leader in technology-enabled manufacturing, has named Bjoern Klaas as Vice President and Managing Director of its European operations effective December 1, 2017. Klaas will replace John Tumelty, who will facilitate a smooth transition until his retirement at the end of December.

“Bjoern’s experience in international leadership and his knowledge of the manufacturing industry will be invaluable as we continue to build on the foundation we’ve established in Europe,” said Vicki Holt, President and CEO at Protolabs. “We’re excited to have Bjoern guiding the way as we expand our global capabilities.”

Over the past five years, Klaas has held key positions with global polymer supplier PolyOne, most recently as the company’s VP and GM for its ColorMatrix Group headquarter in the United States. Klaas was CEO and GM of Colorant Chromatics through early 2012 and held previous strategic management positions at specialty chemical company Clariant.

Protolabs launched its manufacturing services in the United Kingdom is 2005 and has since expanded to serve all of Europe with additional manufacturing operations in Germany and Finland. Protolabs’ European region reported revenues of £50 million ($64 million) for the past 12 months ended June 30, 2017, representing growth of 20 percent.

Protolabs is the world's fastest digital manufacturing source for custom prototypes and low-volume production parts. The technology-enabled company uses advanced 3D printing, CNC machining and injection moulding technologies to produce parts within days. The result is an unprecedented speed-to-market value for designers and engineers and an on-demand resource throughout a product’s life cycle. Visit protolabs.com/en-gb for more information.