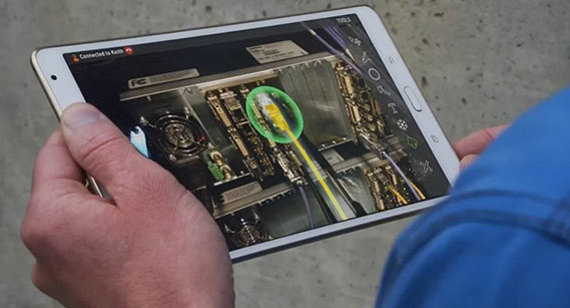 Mention augmented reality (AR) and you probably think of Pokemon Go—AR as a gaming platform. Yet, as several sources have recently reported, AR functionality is moving beyond games and into business and industry.

Design News cites a report by ABI Research, predicting that AR will grow to a £85 billion market by 2021, with energy, manufacturing, and logistics accounting for the largest market shares. The hope is that AR will prove to be an efficient delivery mechanism for various forms of digital information.

One current example? That same Design News article reported on Scope AR, which announced a partnership in November with Caterpillar to provide live support for Caterpillar dealers in repairing, troubleshooting, and maintaining equipment. Scope AR’s Remote VR technology uses an AR headset (similar to Microsoft HoloLens) or a tablet or smartphone to overlay annotations, 3D models, and contextual cues onto live video.

Another example is OPS Solutions, which deploys AR for manufacturing assembly, training, inspection, and quality control with its Light Guide Systems (LGS), an interactive projection technology.

Still other examples, as Newsweek reports, include: