Inconel 718: A superalloy with enduring relevance 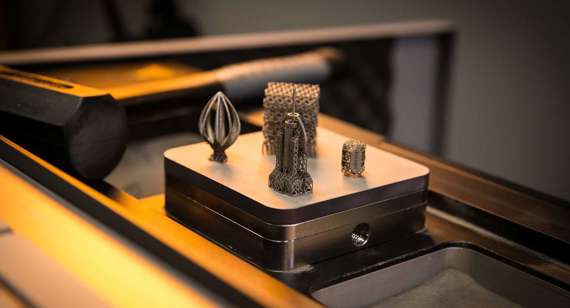 Metal 3D printing has brought Inconel, the classic nickel-based heat resistant alloy, well and truly into the 21st century. Inconel 718, the hardened descendant of Inconel 625, is the latest addition to our growing stock of metals for Direct Metal Laser Sintering (DMLS). It’s perfectly suited to extreme environments: high temperature applications where aluminium and steel would succumb to creep, making it ideal for heavy industries and aerospace, such as the production of turbine parts and jet engines.

In fact the story of Inconel begins with the jet engine. First created in the 1940s in support of the development of the Whittle jet engine, the nickel and chromium mix was a Goldilocks recipe that resulted in a material that was strong, heat resistant, corrosion resistant, inexpensive and light. Tungsten was too heavy, copper simply melted under moderate heat, aluminium and steel lacked strength and corrosion resistance, so without access to superalloys such as Inconel, the field of aerospace may not have experienced such extraordinary advancements. In fact, the jet age may not have even been possible.

Fast forward to this century and we have materials that have evolved from those early superalloys. Inconel 718 is now the world’s predominant superalloy – and for good reason. Its strength is derived from its ability to create a thick, stable passivating oxide layer at high temperatures – up to +704°C – protecting the material from further attack. Inconel 718 also has good tensile, fatigue, creep and rupture strength, making it the workhorse of superalloys.

And while Inconel 718 is well-suited to the production of jet engines and rocket engine components, it’s not only the aerospace industry that benefits from the material. Heavy industry also benefits – where equipment is exposed to extreme environments. Gas turbine parts, instrumentation parts, power and process parts, ducts, valves and heat exchangers are just some of the suitable applications for Inconel 718.

Inconel 718 is notoriously difficult to machine due to costly tools, material loss and susceptibility to metallurgical defects. So using the material for DMLS 3D printing, especially for complex or intricate designs, can yield terrific results. DMLS preserves Inconel 718’s mechanical properties, and with directional solidification it can even help exceed the mechanical properties of the material’s cast and wrought counterparts.

So with an impressive heritage, Inconel 718 continues to go from strength to strength. It will be interesting to see how the workhorse of superalloys shapes engineering of the future.

Protolabs’ Direct metal laser sintering (DMLS) is an industrial 3D printing process that builds fully functional, rapid metal prototypes and production parts in 7 days or less, with materials that are generally accepted to be equal or better than those of cast and wrought materials. DMLS is ideal when the geometry or structure of the part is not possible in any other process (for weight saving designs using honeycomb or lattice structures) and for producing parts for implant medical applications.