Morning all, and thank you for tuning in today. This time around we’re going to have a quick chat with one of our injection moulding experts, Felix, about a topic I’m sure we’re all interested in – saving money!

Let’s get started with something simple. What are the easiest ways I can cut costs on injection moulded parts?

The simplest thing to do? Stop doing work you don’t have to.

Plenty of people like to include things like textured surfaces, company logos, moulded names or numbers on their parts. In some cases you can’t get around this – some hi-tech sectors need serial numbers on everything - but all of these extras end up on the bottom line. If you don’t need it and you need to cut costs, just don’t include it.

Also, undercut features like deep rims or hooks almost always add an extra complication to the whole process. They make part ejection a nightmare, and if they’re bad enough you really need to go out of your way to accommodate them, which can drive up manufacturing costs.

But what if the part I’m making needs an undercut to do its job?

Well, if you need one to make the part function, fair enough. We’ll find a way to make it work. There are a lot of clever ways to make even the most unlikely looking designs work, by doing things like changing the parting line and draft angles.

But if it’s just an aesthetic choice or a bit of lazy designing… get rid of it. That’ll cut down on your costs right away.

That makes sense. Before we move on, are there any other common ways to make production simpler?

Well, if you’re making something that’s box-shaped – like an electronics housing  – you have a couple of ways to create the walls. You can either machine the thin wall cavities deep into the mould base, or you can just machine the material down so that the core sticks out, and then mould the part around it.

If it’s not obvious, the latter approach is much, much simpler.

This technique is known as a core cavity, and it’s a great way to make an injection moulding job go a little smoother. In fact, as well as saving a little cash it also helps to make the finish smoother and improve ejection. So, result all round.

Earlier on, you mentioned about textured surfaces, lettering and that kind of thing. Let’s say that despite everything I want this part to have a little sheen and stand out. How do I do that without breaking the bank?

Well, knowing where to stop is a good idea. Some level of improved finishing we can do with machines, but once you ask for a proper mirror finish we have to do that by hand. Unsurprisingly, this is a bit expensive.

Again, this doesn’t mean we can’t do it. It’s just that you should probably be sure that you really do need that fine a finish on your part before you splash out on it.

Another tip that seems incredibly obvious in hindsight is to only pay for cosmetic finishes on the areas that people can actually see. There’s very little point in paying us to polish up an area that’s going to be hidden by a cover or end up on the inside of the product rather than the outside.

So far, I’ve only really been asking about the design and the part itself. How about the moulds? Are there any savings to be found there?

First of all, if you can, try and re-use existing metal moulds. If you’re adding some more plastic onto your product, you should be able to just carve out a little more space from the mould you’re already using, rather than having to make an entirely new one from scratch.

Obviously, this only really goes one way. Once we’ve cut metal out of a mould it’s tough to put it back. But if you’re trying to be thrifty you can accommodate this into your design planning – intentionally start off with something basic with an eye to adding extra features in rather than taking them away.

As well as this, one of the easiest ways to cut down on your price per unit is to use multi-cavity and family moulds, both of which are essentially ways of making multiple parts in just one production cycle.

In multi-cavity production you just replicate the same part several times on a single mould. Family moulds, meanwhile, have different parts that might go into the same product – you might have the two halves of a clamshell container, for example.

In both cases, the basic idea is the same. Getting multiple parts out of just one mould and one production cycle is a lot more efficient than doing everything separately.

Now, there are a few limitations to this. Everything needs to be made out of the same material, obviously, and it all needs to be roughly the same size so the processing time is similar. Your tooling costs may also go up a bit compared to making just one conventional mould, but this should more than made up for by the raw efficiency of it all.

That’s great. Thank you for your time today, Felix. For now it’s goodbye from us and I’ll see you again next week for another insight video. 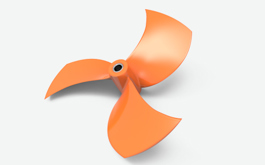 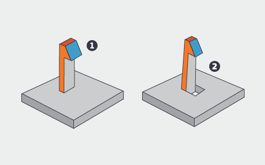 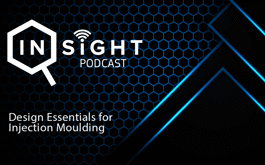