Bridging the Gap Between Prototyping and Production

Reduce risks at launch with bridge tooling and on-demand production

In the traditional approach to product development, there is a sharp line between development and production. Development begins with a light bulb over someone’s head, proceeds through napkin sketches and CAD models, and ends, ultimately, with prototypes. At one or more points in the development process there may be input from the market, be it someone’s best guesses, one or more focus groups, or actual market tests. And from start to finish there is always pressure to “get on with it,” either because you need to catch up with a market leader or because you are the leader and someone may be catching up with you. But then, when you have reached your goal—a fully developed, marketable product—everything comes to a screeching halt and the drawings and/or models disappear into the “production machine,” from which, weeks or months later, a whole lot of deliverable product appears and the rush begins again as it heads off to market.

In plastic moulding, as in most other technologies, some aspects of this transition are unavoidable. Production moulds are costly, and they take time to manufacture. It would be risky to begin producing them before the design had been fully proven in development, when even a small change could turn tens of thousands of dollars’ worth of moulds into doorstops and boat anchors.

Traditionally this has always presented manufacturers with a dilemma. They could keep development and manufacturing sequential and live with the resulting delay. Or they could treat them in parallel, starting on production moulds before the end of development, cutting their time to market but running the risk of having to go back and start tool-making over again. It was a painful choice, because today’s competitive global markets reward both speed and low cost. Manufacturers already recognise that rapid injection moulding as a prototyping method can reduce both cost and delay in the design of plastic parts. They are now beginning to see that it can also help reduce the post-development delay in bringing a product to market.

Perhaps even more important in today’s fast-moving markets, tools made for rapid injection moulding can also be used to mould parts in actual production resins and in production volumes—thousand or even tens of thousands of parts—while the “official” production tools are being made. In other words, yesterday’s prototyping moulds can produce today’s “go-to-market” parts while tomorrow’s ultra-high-volume moulds are being made. 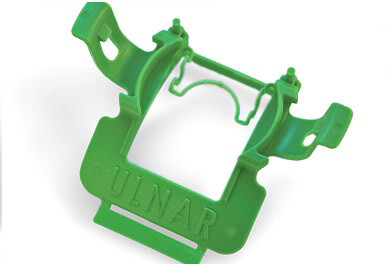 In fact, once it becomes clear that you can take “prototype” parts to market, you may actually find reasons to simply postpone the production of steel tools. One reason might be the ability to reduce up-front expenditures by ordering parts in smaller quantities than you commit to when you turn to production moulds. This makes particular sense if there is any uncertainty about market demand for your new product. It’s a way of going beyond mere market tests and actually releasing your product to the market and gauging response before committing to full-scale production. If the market’s reaction to your product suggests the need for “tweaking,” you can make changes quickly and be back on the market in days with an improved product.

If necessary you can repeat the process several times, each at modest cost, before committing to mass production. In a sense, this sort of bridge tooling lets you treat a physical product in much the same way that software developers treat theirs, with versions tumbling onto the market one behind another as features are added.

There’s really no reason that releases of Widget Mark I, Mark II and Mark III have to be years apart if the market really wants an improved product. For those used to traditional methods this may be a novel approach, but if it eliminates that painful wait while production tools are being made it may be worth a try. And if it saves you the cost of sending tens of thousands of parts along with costly moulds to the landfill because the market wants something slightly different, so much the better.