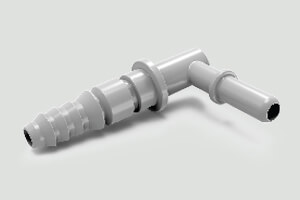 A Sideways Look at Rapid Injection Moulding
Houses in Monopoly land have no doors or windows. Maybe the tiny people who live there spend a lot of time indoors, or perhaps they’ve perfected teleportation. More likely, it’s because doorless windowless plastic houses are easy to make in simple two-part moulds.

In the real world — including the world of plastic parts — life is more complicated. Houses have doors, and parts have indentations, through-holes, and other features that don’t point straight up or down and could act as undercuts in a two-part mould. Designers using rapid injection moulding can address these challenges in a variety of ways, including side-action cams, sliding shutoffs, pickouts, and bumpoffs. 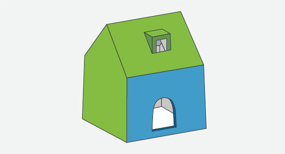 The most obvious approach to undercuts is side-actions— mould pieces that act from the outside of the part, moving perpendicular to the direction of mould opening. These produce side-facing features in a closed mould and then automatically withdraw, allowing the A-side mould half to withdraw, as the mould opens, and the part to be ejected from the B-side. In Figure 1, a side-action cam produces the door, sealing against the B-side core as the mould fills and then withdrawing to allow ejection. A similar technique could produce non-through indentations that would otherwise act as undercuts.

Imagine the window in Figure 1 as a skylight in the roof rather than a dormer window. (See Figure 2). A window perpendicular to the angled roof would be partially trapped as the cam opens sideways. Fortunately, most CAD programs allow you to define the face or plane to which a feature should be oriented and drafted. In this case, in creating the skylight you would simply orient perpendicular to the plane of the parting line rather than that of the roof. 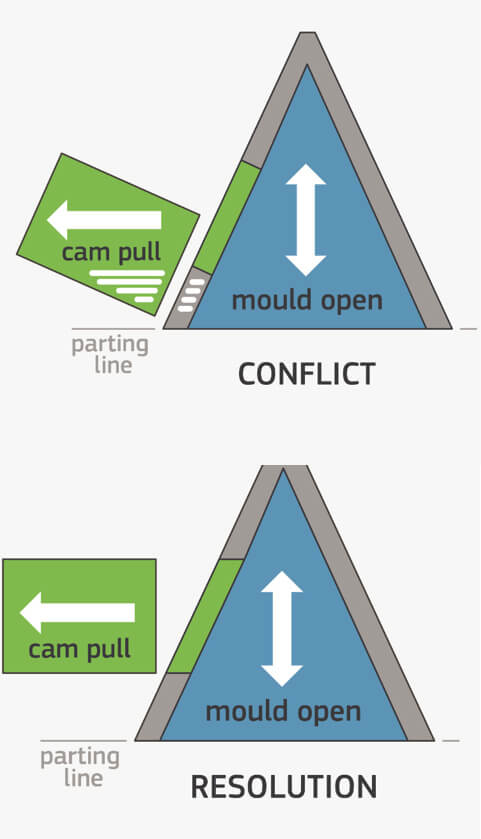 While cams are typically used to produce small features, they can also be used to produce large portions of a part. In Figure 3, we see a part's top and bottom that were formed by A- and B-side mould halves and its entire circumference is formed entirely by two cams. 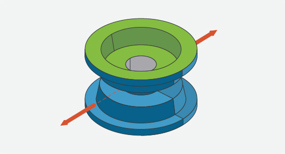 Figure 3: It's possible to form a part's entire circumference with two cams by adjusting its orientation.

In some cases, you can eliminate the cost and complexity of side-actions by using simple two-part moulds with strategically placed sliding shutoffs. This is an area in which faces of the A- and B-side mould halves move parallel to one another as the mould opens. If we remove the bottom sill from the door of the house, as shown in Figure 4, we can produce the features solely by the interaction of the A- and B-side mould halves.

When the mould is closed, a door-shaped pad extending from the B-side mould half seals against the wall of the A-side mould half. Because there is no sill under the door, the pad is not trapped and can exit through the bottom of the door as the mould opens. 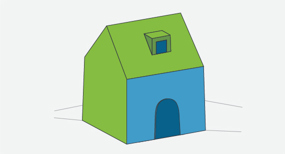 Figure 4: Clever use of the A- and B-side of a mould can eliminate the need for side-actions and reduce part cost.

Unlike a door formed by a side-action, which is drafted toward the outside of the house, a door formed by the B-side mould half is drafted toward the bottom of the house to facilitate part ejection. Similarly, the sliding shutoff itself — the area of the B-side moud half where the pad that forms the door meets the inside of the A-side mould half—must be drafted to a minimum of 3°. This is important for two reasons. The first is to allow a tight seal when the mould is clamped shut for injection. The second is to prevent wear of the mould surfaces as the mould opens. Shutoff wear can lead to leakage of resin between the mould faces resulting in flash which is unsightly and may interfere with part function. 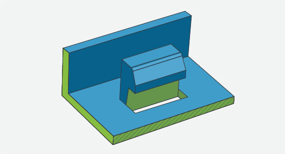 Sliding shutoffs can be used to produce a variety of other useful features. One is a clip like the one in Figure 5. By its very nature, the hook at the end of a clip is specifically designed to catch, so the area under it would normally be an undercut. Creating a hole in the “floor” under the hook achieves the same end result as removing the sill under the door in the previous example. In this design, it allows a rectangular-shaped pad of one mould half to extend up through the floor to create the bottom of the hook and the recessed face of the clip. The rectangular-shaped pad shuts off against the walls of the other mould half, which produces the rest of the clip. 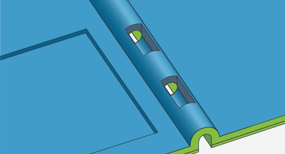 Figure 6: Through-holes that are perpendicular to the mould's opening are another common use of sliding shutoffs.

Another useful feature that can be formed using shutoffs is a through-hole that is perpendicular to the direction of mould opening. (See Figure 6)

By removing alternating sections of the hole’s wall, you can allow each mould half to form, alternately, inside and outside surfaces of the channel. The two mould halves meet at multiple points along the length of the through-hole and must be drafted at each of these points. This technique is demonstrated in Protolabs’ Design Cube, available for free at explore.protolabs.com/design-cube.

We’ve shown how removing a sill can eliminate the need for side-actions, but there are also instances in which a fully surrounded through-hole—a window for example—can be produced by sliding shutoffs. This is achieved by adding an increased amount of draft to a wall to allow the window to be formed partially by each of the two mould halves. The window in Figure 7 is formed by the sliding shutoff shown in Figure 8. In this case, the shutoff between the two mould halves angles across the window. The top edge of the window is formed by the B-side mould half; the bottom edge is formed by the A-side mould half. The two mould faces must be drafted by at least 3 degrees where they shut off (sliding shutoff). To allow this, the part wall itself must be drafted by more than 3 degrees. The additional amount by which the wall must be drafted depends on the part geometry.

How can you tell? Ask the following questions: (See Figure 8).

1. When looking down on your shutoff, can you clearly see edge 1 and edge 2? If 2 is hidden under 1, you cannot use this shutoff design.

In Protolabs’ injection moulding process, cams cannot form undercuts on non-exterior surfaces. In many cases, however, undercuts on interior surfaces can be formed using pickouts. These are inserts that are part of the mould when resin is injected, but are ejected with the part and then removed from the part, leaving undercut features in their place. Figure 9 shows two pickouts and the features formed by them. By filling the undercut and becoming, temporarily, an element of the part, a pickout eliminates ejection problems. 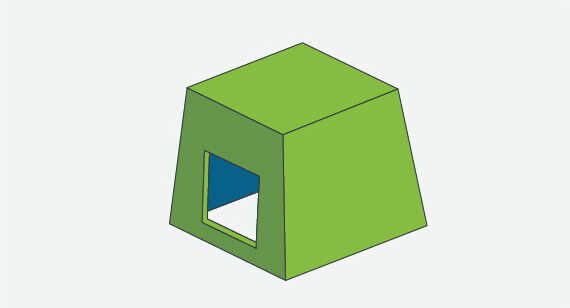 Figure 7: Increasing draft can make it possible to create a fully surrounded through-hole. 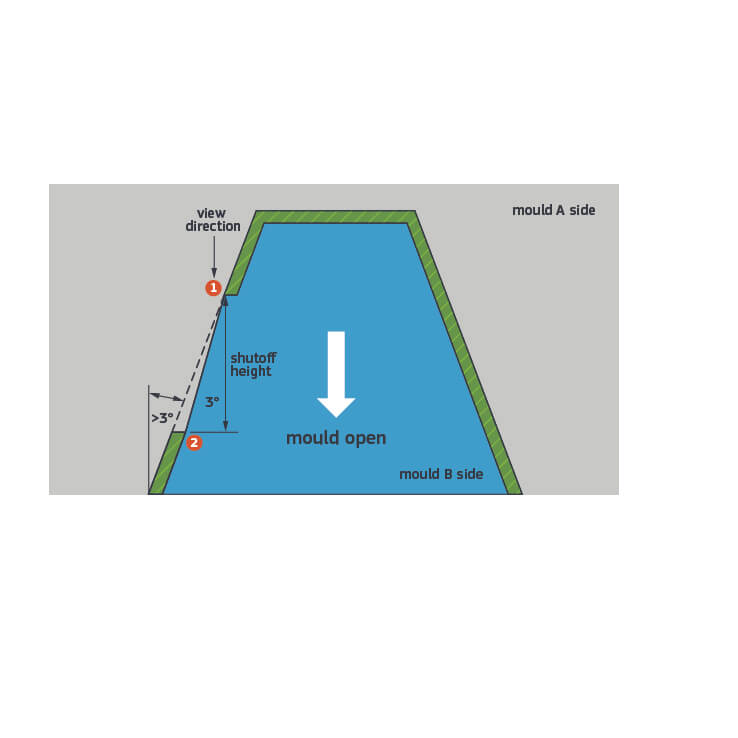 Figure 9: Pickouts are manually removed after a part is moulded.

It performs a similar function to that of a side-action cam, but is different in several respects. First, it reverses the order in which a side-action operates. Instead of withdrawal followed by ejection, a pickout is ejected first and then withdrawn. Second, pickouts do not operate automatically, but are manually inserted into the mould, manually removed from the ejected part, and then manually reinserted into the mould. For efficiency, a single mould usually has multiple sets of pickouts, which the operator uses alternately. 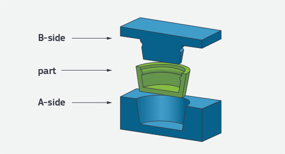 Figure 10: Bumpoffs are used for slight undercuts. It flexes over the mould as it is ejected.

For very small, properly-shaped undercuts in relatively flexible resins, there is one final option. A bumpoff is a slight undercut in a wall that can flex as the part is pushed out of the mould, allowing the part to be released without damage. Proper “ramping” of the part and mould at the point where the bumpoff occurs will help the protruding part and mould features ride over one another without damage. (See Figure 10.)

For more information on these topics and others, visit protolabs.com/en-gb/resources/design-tips.

Looking for more whitepapers? Why not check out the Volume 1 of the Designing For Mouldability whitepaper?