For many of us, the easiest place to find liquid silicone rubber (LSR) is at the auto store. It comes in a tube and can be used to create flexible, formed-in-place gaskets that cure with the heat of an operating engine. In its extreme form, LSR can withstand constant temperatures of up to 316°C and intermittent temperatures of 371°C.

To those more familiar with ordinary thermoplastics, it may seem counterintuitive that such a rubbery material can be used in high-temperature applications, but LSR is actually made to take the heat. Unlike thermoplastics, which soften when heated, thermosets like LSR are created in high heat and, in their various forms, can easily withstand temperatures that would melt thermoplastics. This suits them well for a variety of high-heat automotive and industrial applications and for medical products that are sterilized with high heat.

In addition to high heat, LSR can typically handle low temperatures, well into double digits below 0°C, while maintaining its flexibility. The exact degree of flexibility varies with the compound, but can be very high; LR3003/50, for example, has an elongation at break of 480 percent. LSR compounds are available in varying durometer (hardness) and can be selected to match the requirements of the application.

The material has excellent thermal, electrical, and chemical resistance properties, although it can be attacked by certain solvents such as gasoline or mineral spirits, which is why it can be used in high-temperature automotive applications but not for fuel lines. And it has low compression set—low permanent deformation when a force is applied and removed—making it ideal for elastomers. In comparing LSR to thermoplastic elastomers (TPEs) like Santoprene, LSR has been described as “TPE on steroids.” 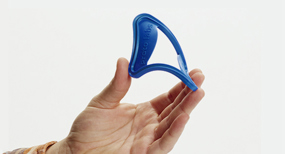 LSR is also approved for medical applications where it will be in contact with skin. Its stability prevents it from affecting skin or, in turn, being affected by skin contact. Some grades of LSR, when combined with the appropriate manufacturing environment can be used in implantable applications. Its hydrophobic (water-repellent) properties make it ideal for water-handling applications. And the fact that it is fire-retardant and does not emit toxins or halogens when burned suits it well for a variety of safety applications. Reviewing material specifications or consulting your moulder for more details is generally recommended.

In some aspects of the way they are moulded, thermoplastics—polyethylene, polypropylene, polycarbonate and ABS, among others—and thermosets like LSR are opposites. Thermoplastics start out solid at room temperature, soften when heated, and re-solidify when cooled, which makes them excellent candidates for recycling. Thermosets, on the contrary, typically start out as gels and solidify permanently when heated with a platinum catalyst. That makes them poor candidates for recycling but accounts for their superior performance at high temperatures. 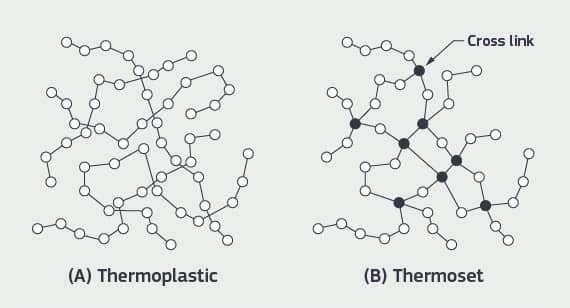 Figure 2: Cross-linking determines many of the characteristics of thermosets like strength, stability and heat resistance.

Before curing, liquid silicone rubber is a shear thinning fluid, also called a pseudoplastic. Shear thinning is the reduction of a fluid’s viscosity when shear stress (like that caused by injection into a mould) is applied, and it significantly impacts the way LSR behaves in the mould. To understand the behaviour of a pseudoplastic material, consider ketchup, which, like LSR, is a sheer thinning fluid, as compared to honey, which is not. 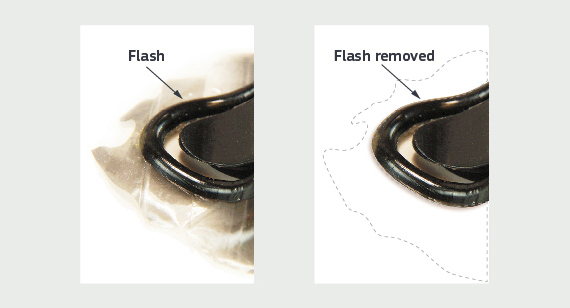 Figure 3: LSR flashes easily, into gaps as small as 0.005mm in some cases.

Think about what happens when you tip a bottle of ketchup. Then picture tipping that little plastic bear full of honey. At room temperature the honey will flow, albeit slowly; the ketchup probably won’t because the ketchup is more viscous. That’s why you end up shaking the ketchup bottle or fishing down the neck with a table knife. Now imagine the ketchup in a squeeze bottle, and squeeze that and the plastic honey dispenser side by side. The honey is difficult to dispense while the ketchup flows freely, taking mere seconds to cover your burger or fries. This change in viscosity is an example of shear thinning, and the same thing happens to LSR when it is injected into a mould. Shear thinning has both positive and negative effects on the moulding of LSR. It actually improves flow through thin-walled areas, reducing the need to maintain uniform wall thickness throughout a part as is recommended when moulding thermoplastics. On the other hand, because LSR flows so easily in a mould, it has an increased tendency to flash — to seep into spaces where mould halves meet — creating unwanted vestiges that must be removed by secondary operations (see Figure 3). Flash can be prevented or at least minimized through careful mould design but is still a factor in part design.

Parts moulded of LSR will continue to shrink after being removed from the mould as they cool. This is partly due to the typically higher mould temperature. For this reason, they do not cling to cores as thermoplastics do; instead they tend to stick to the mould half with the greatest surface area. Because of the material’s flexibility, different parts of a finished piece may stick to each mould half leaving the part hanging after the mould opens. Preventing this problem may require some redesign of the part.

From the part designer’s standpoint, design guidelines for LSR are similar to those for thermoplastic though somewhat more relaxed in certain areas. The reason for the relaxation is that LSR, being flexible, is a more forgiving material than thermoplastics. Planes that are parallel to the direction of mould opening typically require some draft to allow milling of the mould, though not to prevent scraping of the part against the mould wall during ejection. About one degree per inch of mould depth is usually sufficient.

Because shear-thinning LSR flows easily in the mould, it can traverse thin walls that would cause fill problems for thermoplastics. For the same reason, uniform wall thickness is not as critical. And because thermoset material is solidified by heat and is mostly cured before it cools, sink is not a problem, which means that part features can be made thicker than with typical thermoplastic material (although there are still good reasons not to make features thicker than they need to be). But the biggest difference between thermoplastic and thermoset LSR mould design may be in the handling of undercuts. 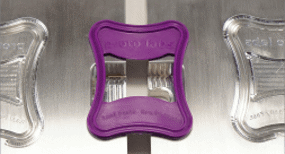 Figure 4: An LSR part rests atop a pair of aluminium moulds.

Rigid thermoplastics can be moulded with undercuts either by the use of side-actions that produce the undercut features and then withdraw before the mould opens to allow the part to be ejected, or by complicated techniques like pickouts. But because LSR is so flexible, finished parts can often be “peeled” out of the mould. This means that features that, moulded in thermoplastic, would be trapped behind an undercut to be pulled around the projection. The only real constraint on undercuts in LSR is whether they can be milled.

Current turnaround time for LSR production is three weeks. For some designs, faster turnaround may be available with an expedite fee. This is far faster than is possible using traditional methods because the Protolabs process turns 3D CAD models directly into toolpaths for milling moulds. As with thermoplastics, the process for making LSR moulds at Protolabs is managed using proprietary software running on a very large compute cluster. The toolpaths generated by the software run automatic milling machines that produce the mould halves, which are then placed into specialized liquid silicone moulding presses.

The process can cost-effectively produce LSR parts in quantities from 25 to 5,000+. In moderate production quantities, the process can turn out parts faster and less expensively than traditional LSR moulding processes, but even at very small production or prototyping volumes, Protolabs still uses full-scale manufacturing processes. This is significantly different from other LSR prototyping operations.

Most producers of low-volume LSR prototypes hand mix the component gels in a blender, a process that cannot match the process control of Protolabs’ industrial process. In some cases, they don’t use a milled mould or heat-cured LSR. Instead, the prototypes are made using a room temperature vulcanization process that starts with a thermoplastic copy of the part made on a 3D printer. A mould is cast around the 3D-printed part and hand-filled using a caulking gun. The resulting part may be suitable for testing form and fit, but since it does not duplicate the manufacturing process or use real LSR material, it cannot be relied on for functional testing or actual production at any volume.

To get real parts for prototyping, traditional producers have often had to wait until manufacturing moulds have been made, which can take weeks or months. At this late stage of development, problems that show up can cause serious setbacks in the development process and the scrapping of very expensive tools. Protolabs’ automated aluminium mould milling allows cost-effective prototyping using real materials and industrial processes earlier in development when redesign is easier, less time consuming and less costly.

Protolabs is continually expanding its processes and capabilities. Its current requirements and design considerations are listed.

Protolabs also offers a number of secondary moulds and tooling services to support your project.