Automotive manufacturers are facing far greater challenges than ever before, with a global skills shortage in engineering and increased demand for customised cars. Thankfully, new technologies can plug the gap and reduce time to market. Stephen Dyson, Head of Industry 4.0 at Protolabs, explains. 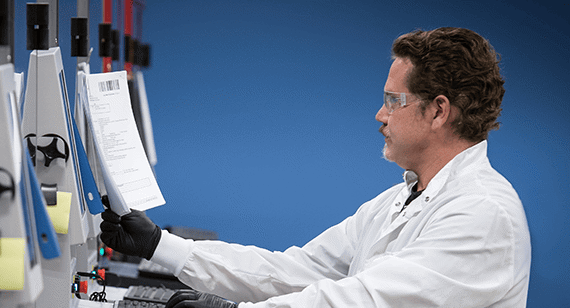 It’s a tough time for automotive manufacturers. They face increasing pressure to meet the demand for more personalised designs in an effort to remain competitive. To succeed, manufacturers need to create a more flexible production environment, reduce engineering time and costs, and accelerate speed to market.

This presents a challenge for manufacturers, especially in the midst of a global skills shortage. The key issue is the lack of engineers qualified to operate new automated machinery and equipment—and keep up with emerging technologies.

In some cases robots can take care of tasks; however, very few factory floors are entirely dominated by robotics. Skilled workers are required to oversee operations and instruct machines or robotics what to do. Even the internet of things (IoT) and the machine-to-machine interface can’t replace the hands-on benefit of a skilled engineer.

Let’s consider how serious the skills gap is? In the UK, research by Engineering UK found an extra 1.8 million engineers and technically qualified people are needed by 2025. In addition, there’s currently a shortfall of 20,000 engineering graduates each year.

And in the United States, close to 3.5 million manufacturing jobs need to be filled between now and 2025 (although it’s predicted 2 million of those won’t be).

It’s widely acknowledged that there isn’t enough people with the right skills for today’s technology-centric world. This is an issue not isolated to the automotive industry. Indeed, some manufacturers will struggle to find skilled workers who can leverage the advanced manufacturing technology behind the IoT, robotics, 3D printing, and virtual/augmented reality.

Why has this happened? There are a few reasons. Qualified engineers frequently leave their specialism, often for what they perceive to be more lucrative careers in fields like finance. Those who stay true to their field of expertise, may choose to work outside of the automotive industry.

“Smart factories are replacing primitive production plants. Workers are spending more time at computers and less time at manufacturing equipment. And advancements around newer processes, like 3D printing, are continually pushing the limits of conventional manufacturing.

“Unfortunately, public perceptions have not caught up with this new reality. As a result, many people hold the same views of manufacturing careers that their grandparents had: decent-paying jobs that often involve long assembly lines, manual labour, and loud machinery.”

“By dispelling age-old misperceptions and enlightening young people about what modern manufacturing really is, we can begin to close the skills gap and inspire a new generation of workers to pursue high-tech and high-paying careers in our industry,” Holt explains.

Manufacturers—automotive and otherwise—identified the need to create a workforce of intelligent problem solvers. Companies need people who can adapt to, and evolve with, swiftly changing technology. In addition, more manufacturers are focusing on hiring and training talent that can keep up with and lead their investments in technology.

Of course, if the people aren’t available, then companies can’t hire them. And that’s where automated software can provide an advantage. For example, technology-driven 3D printing, CNC machining, and injection moulding technologies can help bridge the gap, assisting in-house engineers and designers with additional resource and design for manufacturability analysis.  These technologies also support R&D and project requirements, through providing digital manufacturing processes to reduce their project’s time to market.

Technological solutions from companies such as Protolabs—with automation software that includes design for manufacturability analysis—can relieve the pressure on engineers who previously needed to guide the production process from start to finish. Digital manufacturing technologies offer speed that meets—and many times surpasses—customer demands, with parts produced on-demand within days (and just one day for less complex items). Furthermore, once the prototype design is agreed, utilising digital manufacturing will again save time in product testing and manufacturing.

Digital manufacturing, and the technological progress that accompanies it, is helping automotive engineers deliver products to market faster than ever before. This ultimately eases the pressure on competitive car manufacturers and works to fill the void left by the shortage of skilled engineers.