An Oxfordshire-based industrial design company is using the rapid injection moulding services of Protolabs to help its airline customers minimise the amount of time their aircraft are on the ground for annual maintenance.

Like most companies, airlines strive to offer a better service with less capital equipment and less overall investment. Passenger aircraft are expensive to operate. Unless they are fully utilised, operators can be forced to reduce fleet numbers so they can increase the efficiency of remaining planes. That amounts to fewer aircraft, flying more hours with shorter windows for scheduled maintenance.

When these time-pressed aircraft are grounded for annual overhauls - usually for just one or two weeks at a time, companies supplying refits and maintenance services have to respond quickly to ensure they return to service without delay.

"Our customers are very demanding" says James Deans, director of Airline Components International (ACI) Ltd., a company specialising in the design and manufacture of aircraft interiors.

"They send us their statement of requirements or aircraft interior parts and we design, reverse engineer or re-make before the aircraft returns to operational service. The window for doing so may be a matter of days."

When airlines order a new aircraft from a manufacturer such as Boeing or Airbus, the interior and other fittings are sourced from specialist companies. Often the design and durability of these non-safety critical fittings are, says Mr. Deans, compromised during development in an effort to reduce weight and cost.

"A design concept such as a new seat may have been approved by the airline's marketing department" he says, "but it can be blocked if they think it's too heavy or too expensive." The compromise may be to use a plastic material for parts such as the seat trim items under their recommended tolerance. For example a 1.2mm instead of 2mm wall thickness can greatly affect the longevity of the parts. The redesigned aircraft seat eventually goes into production but after a while these components will fail. "We fix other companies' design compromises" says Mr Deans. 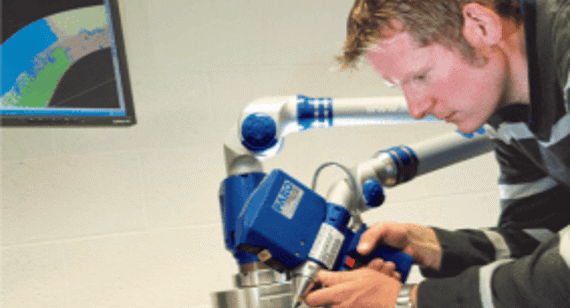 For many years ACI has used its own in-house FDM (fused-deposit-modelling) machine to create design prototypes before committing to external suppliers to produce steel tooling and final injection moulded parts: this is a great benefit to save when production tooling can be a time consuming and costly process.

"We found Protolabs from a trade CAD publication. Initially we were looking for a company that could produce larger prototype models than we could in-house.

We were delighted when we discovered that as well as making prototype injection moulded parts, Protolabs could also deliver short production runs that are so much more time-effective than traditional injection moulding suppliers. That's when we realised we'd discovered something very significant."

At the time, ACI was working on creating a project of large injection moulded parts for the Royal Air Force. "The steel tooling for this one small project was going to cost over £200,000 and the finished parts were going to take 12-16 weeks. Protolabs told us we could have a finished, injection moulded part in the same production-intent material without compromising performance, in our hands in one, three, five or fifteen business days, which we thought was just amazing!"

Since its first experience, ACI has used Protolabs to create a wide range of parts for its many airline customers. Everything from seat parts to carpet joiners, galley products to overhead bin components and even seat-back video surrounds (as seen in the images accompanying this article).

"In the past few years ACI has invested in its design and testing capabilities," says Will Matthews, Design Manager. "This is where we add true value. We have in-house reverse engineering capabilities, finite element analysis and stress, strain, cyclic loading and fatigue testing facilities. When an ACI part is ready to go into production, its considerably better than the original."

Mr Matthews was quick to realise the benefit of Protolabs' intuitive online quoting system, Protoquote. The system takes an existing 3D CAD model and uses a super compute cluster to process the model and design tooling but says that he's still happy that Protolabs has a team of dedicated application engineers to deal with any quirks and is impressed by the company's commitment to personalised service.

"Protolabs could also deliver short production runs that are so much more time-effective than traditional injection-moulding suppliers," 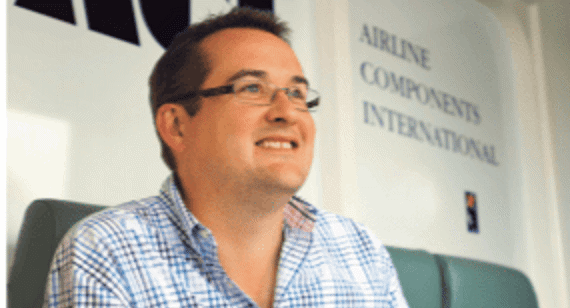 "When we contact Protolabs with a query or a question, whether it's about a new type of material or a design modification that will make the part easier to manufacture, we get the answers we need and we have found Protolabs are always very proactive. This is quite different compared to our experiences with other suppliers. If Protolabs don't know the answer straight away, they'll investigate and get back to us very quickly. We're in the business of short lead-times so every hour counts. We always know where we are with Protolabs."

ACI's reputation within the aviation industry is built on several important attributes including its ability to solve complex design problems and respond quickly when an airline needs to redesign a part or the rapid supply of interior components. "Using Protolabs has allowed us to shorten the lead-time for a new part by several weeks. That means customers can order parts when the aircraft is grounded and have them fitted and back flying within the allotted maintenance window. That's food for us and very good news for them." 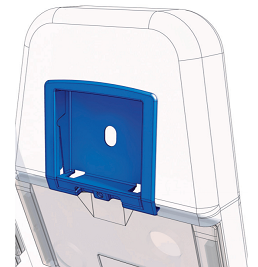