Manufacturing the Future of Food Production 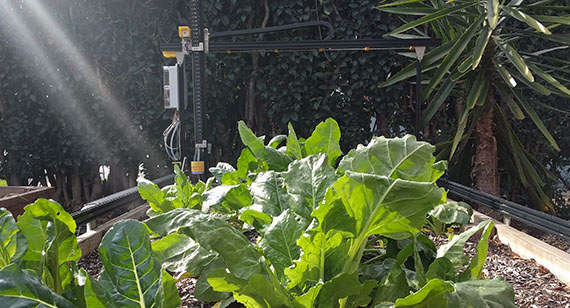 The influence of today’s on-demand economy has uprooted traditional food production processes. No longer are environmentally conscious consumers content with purchasing items from large distributors or supermarkets. Instead, consumer pressure to track food from farm to fork has led to fully traceable food production and micro farming.

Seeking to influence the next generation of food production, FarmBot, the world’s first open-source, CNC small-scale farming machine, gives individuals the power to create and manage a garden using a laptop, tablet, or phone. Using open-source technology, home gardeners can assemble the software and  hardware that oversee the automated planting, watering, and monitoring of crops.

“FarmBot is helping consumers produce and grow their own food,” said founder Rory Aronson. “It is much more than knowing where your food originated. With our open-source technology, anyone who wants to contribute and help us build the future of farming has that opportunity.”

FarmBot launched in 2016, aiming to market its initial product and FarmBot Genesis technology directly at a mix of DIY-ers and makers. With a round of crowdfunding support from aspiring micro-farmers, the company picked up steam and more FarmBots began to ship to excited customers.

A year later, FarmBot was named a recipient of Protolabs' Cool Idea Award, a manufacturing grant that helps startups bring innovative products to market. “Protolabs came in at the perfect time. We spent a lot of time to bring down our costs and get to market faster. With the engineers at Protolabs, we’ve worked to develop complex parts in a shorter time to continue our fast-paced innovation,” said Aronson. 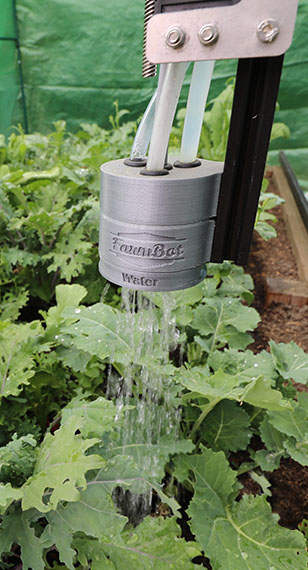 Protolabs’ manufacturing grant and product development experts helped FarmBot transition from 3D-printed components to more repeatable and cost-effective injection-molded parts. This resulted in a more efficient supply chain, which gave FarmBot the ability to quickly react to demand among its growing customer base.

“We’ve been very pleased with the parts. We’ve actually learned more about injection molding and how to design our parts for this process to make the most of our time and investment,” explained Aronson. Working with Protolabs’ design experts and its design for manufacturability feedback has been critical as we’ve scaled production.”

With FarmBot’s pace of innovation, there’s no room for idle part inventory. The company needed on-demand manufacturing to produce only the parts they need, when they need them. The manufacturing and supply chain agility offered by Protolabs will ensure that FarmBot continues to innovate and evolve its components as the team plans critical areas for growth.

Unexpected Demand in the Education Sector

As FarmBot grew, elementary schools, research universities, and other institutions started to recognize the potential it could play in teaching students about agriculture, engineering, and technology. Nearly half of the FarmBot systems sold in the first year went to schools or universities—a surprise for Aronson and his team. “From the start, we knew that FarmBot could play a role in education, but we did not expect the demand and support to be so prolific,” said Aronson.

Excitement for FarmBot’s academic potential spurred the interest of colleges, high schools, and other institutions. This caught the eye of John G. Wells, Ph.D., and associate professor of technology education at Virginia Tech University. “FarmBot is an engaging, multi-generational tool that provides so many opportunities for students of all ages to learn,” mentioned Wells. “The technology is set up as a challenge and lets students go their own direction. This engagement is incredibly meaningful to undergraduate all the way up to graduate students.”

“FarmBot is an engaging, multi-generational tool that provides so many opportunities for students of all ages to learn…the technology is set up as a challenge and lets students go their own direction.”

Aronson and his team view FarmBot as a collaborative tool that can educate and empower communities, not just students or individuals. “FarmBot can fit a variety of applications, but we believe it has a lot of potential to spur interest in learning about agriculture and open-source technology across generations and across communities,” continued Aronson.

The FarmBot team is planning to develop an open-source curriculum to complement its technology. “With any new tool, educators often have the burden of learning the technology so they can replicate it for students. We plan to support educators by creating an online hub to help teach the next generation about open-source technology,” Aronson said.

As customers continue to demand FarmBot for educational and individual micro-farming purposes, Aronson and his team are focused on streamlining their manufacturing supply chain, so they can more easily build out new features on FarmBot’s software and hardware.

Specifically, they aim to reduce overall cost of the equipment while providing greater value. “We are focused on building the next-generation FarmBot to provide the technology at a lower cost while also increasing the size of the unit to meet new use-case demands,” explained Aronson.

The excitement generated by FarmBot has even taken the team to NASA, where they are in discussions with engineers and scientists about adapting FarmBot for space agriculture. “We have been blown away by the reception of FarmBot, and we couldn’t be more excited about the future,” said Aronson. “As more educators and students experience the technology, we will continue to expand it and bring FarmBot into more homes and possibly into space. Our future with FarmBot is limitless.”