A potentially life-saving monitoring system for hospital patients on general wards is one step nearer to reality thanks to Protolabs’ European Cool Idea Award. 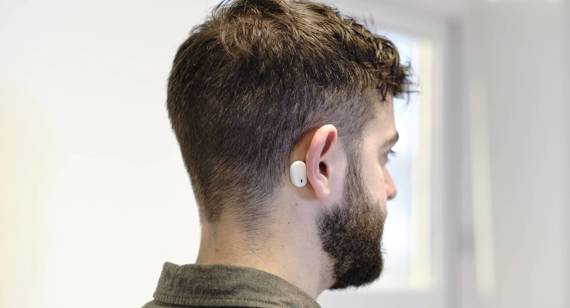 The Evo Sensor sits behind the patient's ear

Like so many of the best ideas in life, the Evo System was conceived by a small team of people in response to a real need that was not being met. Having already prototyped it using its own 3D printing technology, the company needed to manufacture higher volumes for pilot testing and clinical trials in Norwegian hospitals.

The monitoring system consists of three elements: The Evo Sensor is a small wireless disposable biosensor that sits comfortably behind the patient’s ear. It measures heart and respiration rate and oxygen saturation continuously for up to five days. The Evo Gateway transmits this data to the cloud using the communication system Fast Healthcare Interoperability Resources, or FHIR, so that it integrates directly with the patient’s electronic journal. The final part, Evo Central, is software for doctors and nurses to track multiple patients’ vital signs over time. It calculates early warning scores to highlight if their health is deteriorating and requires intervention. 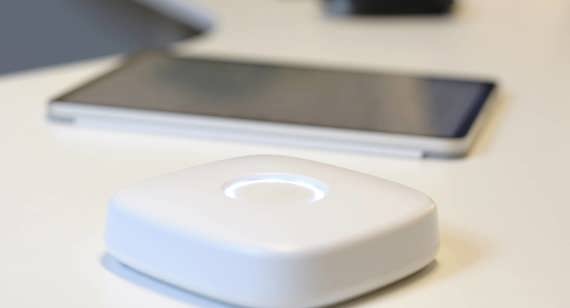 The Evo Gateway transmits data to the cloud

Having prototyped the design to prove the concept, the next step for Moon Labs was to move towards manufacturing the system for pilot testing and clinical trials in hospitals. For a small start-up company such costs can prove prohibitive, so Moon Labs decided to enter Protolabs’ European Cool Idea award. This award offers small companies the chance to realise their concepts by offering a grant towards building prototypes or an initial production run.

In this case Moon Labs needed to move the concept from 3D printing to injection moulding so that they could produce enough numbers for pilot testing and clinical trials and also have a design for large scale manufacturing in the future.

“The European Cool Idea Award has really helped us take the Evo System onto the next stage of development and closer to a real-life solution that will save lives and cut hospital budgets. It is meant to be a cost-effective solution, so we had to find a way of mass manufacturing it to lower the unit costs."

Talking about the process, Åsnes said: “I found the DFM analysis software excellent. After uploading my design, it highlighted areas where there could be manufacturing issues and then suggested alternative solutions. I put a number of design iterations through the system and, with the help of an Application Engineer at Protolabs, came up with a design that met our needs and could be injection moulded.

“The European Cool Idea Award has really helped us take the Evo System onto the next stage of development and closer to a real-life solution that will save lives and cut hospital budgets. It is meant to be a cost-effective solution, so we had to find a way of mass manufacturing it to lower the unit costs.

“The European Cool Idea Award from Protolabs meant that we could use their expertise to realise our solution and move it onto pilot testing and clinical trials in a hospital environment. Not only did the company help us with the design, but they also advised us on the best medical grade plastics to use.”

Explaining the importance of the Evo System, Nils Kristian Skjærvold, medical director at Moon Labs and senior consultant at the Department of Cardiothoracic Anesthesia and Intensive Care at St. Olav’s hospital in Norway said: “While patients in intensive care are monitored regularly, we must not forget that those people in general care in the hospital are still very ill people. There is always a chance that they can deteriorate and have a cardiac or respiratory arrest.

“When we get called out in an emergency, we sometimes have no idea how long a person has been in arrest. This is a life-threatening situation that could mean that they end up in intensive care where treatment is expensive, or worse they could lose their life.

“The Evo System is a cost-effective way of monitoring patients in general wards or rooms so that medical staff can see any deterioration in advance and take corrective action immediately.”

After an initial production run of 500 Evo Sensors and 100 Evo Gateways, the system will be trialed in three hospitals in Norway. Moon Labs then hopes to gain CE marking and be able to manufacture the system by early 2021.

Talking about the Cool Idea award, Peter Richards, Director of Marketing and Communications at Protolabs said: “There is no shortage of potentially ground breaking solutions like the Evo System that are just waiting to transform our lives.

“Sadly, the problem is often the practicality of realising these concepts. While something may look good on paper or as a CAD design for many small or start-up companies there is simply not the resource and/or expertise to help them make that idea reality, which is why we have introduced our European Cool Idea award.”

The award offers up to £100,000 in Protolabs manufacturing services, split over four quarterly award programs, so innovative thinkers can use their grant towards building prototypes and even an initial production run.

Moon Labs is a medtech startup from Trondheim, Norway, developing an unobtrusive, wireless & affordable hospital patient monitoring system. The Evo System has three elements: The Evo Sensor is a small disposable bio sensor which fits comfortably behind a patient’s ear, measuring heart and respiration rate and oxygen saturation continuously for up to five days; the Evo Gateway transmits this data to a patient’s electronic journal; and finally the Evo Central software enables doctors and nurses to track multiple patients’ vital signs over time and calculates early warning scores to highlight any health concerns.