The sense of smell is the oldest and perhaps most evocative method to trigger memory and emotion: Imagine the scent of a newborn child or a whiff of fir trees from a forest trail. Scent is the only sense that is directly linked to the memory and emotion section of the brain, making it a powerful tool for affecting cognition and behaviour.

The company’s pioneering product is the OX1, a lightweight, wireless patented device that attaches to the bottom of a VR head-mounted display. To intensify the immersion and authenticity of the VR experience, the OX1 emits microscopic, millisecond-long bursts of various scented liquids into a small area under the user’s nose. The OVR in the company’s name stands for “olfactory virtual reality”.

Clinicians already are using existing VR methodology to help veterans with PTSD with immersion therapy and war-related scents to help them revisit and reprocess traumatic experiences, Cooper said. More than two-thirds of PTSD patients were symptom free after such care at a University of Central Florida program, OVR CEO Aaron Wisniewski said in a recent TEDx talk.

In addition to healthcare, OVR Technology is looking at training, education, entertainment, immersive experiences including gaming, and scent-enabled 4D documentaries as potential markets, Cooper said. “We wanted to start in healthcare and the blossoming digital therapeutics market,” Cooper said.

“A primary challenge facing OVR Technology is developing a product that hasn’t existed before, particularly one that emits scent molecules in such microscopic bursts,” Cooper said.

The OX1 produces those scents in response to an Architecture of Scent application programming interface (API), which allows designers to assign parameters to the scents of objects in the VR environment. An object that has no smell when first picked up, for example, will produce a stronger smell as the user brings it closer to their face. A user downwind from an object will detect its scent in a virtual breeze but won’t when moving upwind of it. 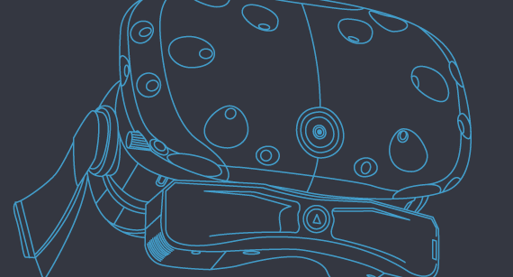 The device includes a fan to clear out the scent but the material it’s made of has to be smooth enough to keep from trapping scent molecules, Cooper said. The material also has to be close to what final parts are for testing.

In addition, the OX1’s design has to work with VR technology that continues to change and improve rapidly as adoption advances, Cooper said. Flexibility in design and development and the ability to change form factor quickly are crucial now and in anticipating what’s next in virtual reality.

"FDM didn’t work for the types of geometry needed. Scent molecules were sticking in the small grooves the FDM process creates, making them impossible to fully clean out of the housing." 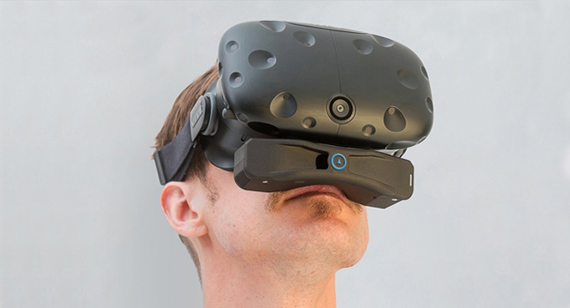 Cooper, along with OVR Technology chief technology officer Matt Flego, made some housing prototypes with a fused deposition modelling (FDM) 3D printer. But that didn’t work for the types of geometry he needed. Scent molecules were sticking in the small grooves the FDM process creates, making them impossible to fully clean out of the housing.

The team at OVR uses another industrial 3D printing process, stereolithography (SLA), with an in-house machine, Cooper said. But the material isn’t as strong and the finish isn’t as close to that of a finished moulded part.

Cooper gets the flexibility he needs to quickly change form factor along with the finish and strength of end-use parts with Protolabs’ Multi Jet Fusion process. Protolabs’ turnaround times and prices won him over, and its instant design analysis and pricing tools made the process easier, matching his experience on previous parts.

“Protolabs has been helping us with extremely high-quality nylon parts from the HP Multi Jet Fusion machine,” Cooper said.

Cooper also praised the durability of the MJF parts. “We’re going to do testing we would need if we do head into military applications, which it looks like is very possible,” Cooper said. “We’ve got to do drop testing, electromagnetic testing. The parts have to be pretty much analogous to what the final material would be and the Multi Jet Fusion gives us exactly that.”

Knowing he can get parts from Protolabs in a few days - essentially manufactured on-demand - helps the start-up avoid having a large inventory and further supports rapid design innovation. 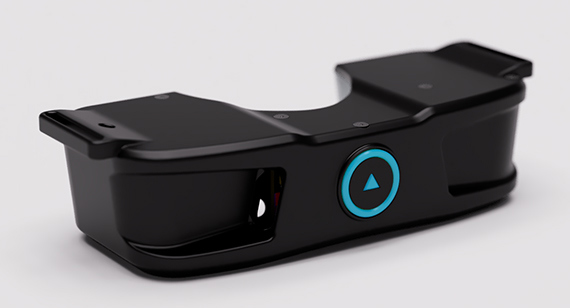 Beyond prototyping, OVR plans to use MJF while the OX1 is in beta testing, Cooper said. He typically orders parts for 10 devices at a time as the company works with early adopters and influencers to help validate the technology.

The device may be available commercially later next year, Cooper said. In that event, switching to injection moulding for a possible 10,000-part run may make sense. Cooper explained that the decision to go to tooling is driven more by the company’s milestones and demand, though he added that once OVR gets to more than 2,000 devices per year, “we will certainly go to tooling. By this point, design iterations and development will have been solved for this version.”

Until then, Cooper would be comfortable with short production runs of up to 1,000 MJF parts. At that volume the expense of injection moulding tooling would be hard to justify - and the device would require four to five different moulds. While moulds can be changed, the OX1 design likely will go through a few wholesale alterations as development continues.

OVR Technology is considering options that would allow the company to replace its devices as it releases new models, taking back older designs to recycle and recondition. “We keep pushing the R&D and making it better,” Cooper said. “It’s much easier to stay nimble and flexible and keep the additive stuff going. You can’t stay in one gear right now.”