Weinor GmbH & Co. KG is one of Germany’s most reputable manufacturers of awnings, patios and conservatories and is best known for being uncompromising when it comes to innovation, quality and aesthetics. Recently, the company used the CNC machining services from Protolabs® to develop parts for its new Zenara series of awnings.

For over 50 years Weinor has collaborated with trade partners and end-users to develop innovative new products at its headquarters in Cologne and, since 1990, at its production facility in Möckern, near Magdeburg. Like all market leaders, Weinor’s success depends on many different factors, but speed-to-market when developing a new product is critical.

The aim with the new awning was to design a fixture where none of the connection technology was visible to the customer. Instead, the only visible means of support are just two points on the wall. The result is a product that demonstrates technical ingenuity and aesthetic perfection.

Christian Treude is one of the Weinor engineers responsible for the new product: "With Zenara we broke new ground,” he says, “and as a result we have made a significant improvement to our flagship product, Opal. When awnings are attached at just two points, they usually sag. To alleviate the sag, we took our inspiration from the design of large suspension bridges and their integrated cable systems, which counteract this effect. In addition, the joints of the arms have been redesigned so that the chain hoist used for moving the awning in and out are no longer visible. However, these are just some of the developments. Overall, we’ve created a new generation of awning, in which all the elements have been completely reworked. "

Before Zenara came to market, the new technology needed to be tested, which required prototype parts, of course. However, to obtain parts with the desirable mechanical properties would usually mean the production of costly tooling.

"For a prototype, the cost can very quickly exceed €100,000. Also, it is a very lengthy process, before you even receive a first part. In the past, my predecessors at Weinor would have made prototypes in wood, which couldn’t have been fully stress-tested. For Zenara, we needed aluminium parts. A colleague contacted a conventional CNC milling contractor nearby then, before we committed, we came across Protolabs. The service promised CNC machined aluminium parts in an incredibly short time.

"We decided to test the service, so we uploaded our CAD models, developed with Creo Elements/Pro - to the Protolabs website and within one day, received our FirstQuote. We placed an order and three days later we had the part on the table for well under €1.000! Exactly at the same time we received an offer from the other company. It was several times more expensive than the Protolabs part and delivery time was more than a week.”

"Today, Protolabs has become an integral part of our product development process." 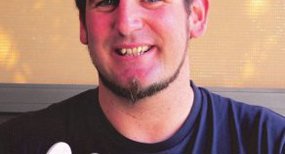 The reputation of the Protolabs service has since spread quickly within the company. Soon, Mr. Treude’s colleagues from Weinor’s conservatory business were also ordering parts from Protolabs.

"Today, Protolabs has become an integral part of our product development process. Compared with the way we worked before, it offers a huge advantage. We are able to carry out much more frequent and realistic tests. And, we reduce time and money to get from 3D CAD to a finished product, saving at least six weeks for each part.”

Often, Weinor debuts new products at trade shows which gives the company’s product developers a fixed date by which first, fully functioning prototype examples must be ready. However, tight deadlines and high quality at Weinor are not contradictory. "The accuracy of the parts from Protolabs is in no way compromised by the speed with which they are produced and shipped,” concludes Mr. Treude. “We get everything precisely to specification – whether it’s a small part or a large awning joint. We can then have the parts powder coated, surface-treated or painted exactly like the production parts. We then assemble them and deliver fully functional working products." Ready for distributors and customers to try and to inspect.