The Next Frontier: Space and Digital Manufacturing

The space race is very much back on! With money from private companies accelerating the development of space flight for business and leisure, space has never been so accessible.

In our panel discussion, The Next Frontier: Space and Digital Manufacturing, Steve Lewis-Brammer (Northern Europe Sales Director), Jake Caulfield (Industry Sector Specialist - Space and Aerospace), and Christoph Erhardt (Director of Additive Manufacturing) delve into the current state of the industry, the key factors that have shaped the industry and what innovations will shape it further in the future.

According to a study on The Recent Large Reduction in Space Launch Cost, commercial launch systems have "substantially reduced" the cost of space launch. SpaceX's Falcon 9 advertised a cost of $62 million to launch in Low Earth Orbit (LEO) compared to the $1.5 billion that it cost NASA to launch their space shuttle - A staggering reduction by a factor of 20.

How have product development strategies changed?

Failing fast is the future of development, and the space industry is no exception to the rule. In years gone by, corporations like NASA would take a traditional approach to developing their space programs, spending years researching hypothetical theories and the eventuality of every situation before building what they deemed the perfect product.

Today private companies can speed up this process with an iterative design approach. Rather than spend time and energy researching all possible scenarios, they opt to pull a product together quickly, get it in the air and learn from it.

Which production methods will shape the space industry?

Additive Manufacturing has risen to prominence over the last decade and is one of the immense opportunities for the space industry. 3D printing is popular for many reasons, including its speed and cost-efficiency, but its design freedom has the space industry on tenterhooks. Products intended for space are often complex and contain various components traditionally assembled to make the overall part. Besides the time taken to create the final part, the multitude of touchpoints increases the opportunity for error during assembly, which can lead to performance issues when subject to the forces of take-off and the harsh conditions of space. 3D printing solves that issue by creating entire components as one rather than as sub-assemblies to be compiled later - even components as complex as propulsion systems. This allows manufacturers to rest assured that their product is free from human error but also enables them to increase their efficiency. By 3D printing entire parts rather than individual components, manufacturers can consolidate their supply chains to minimise chances of disruption and to streamline their administrative process.

You can watch the full panel discussion below. 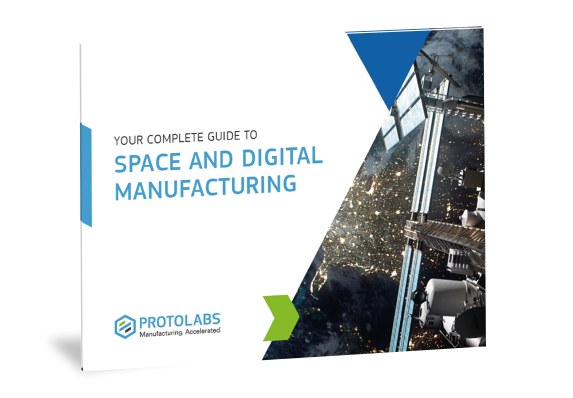 Thank you for downloading our guide on digital manufacturing and the Space industry. If you have any issues getting your guide, click here to download.

Aim for the stars with space component design and production 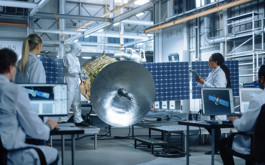 With analysts predicting a market value of $1 trillion by 2040, the space industry is thriving. But what are the key trends that need to be on your radar?
Read Blog 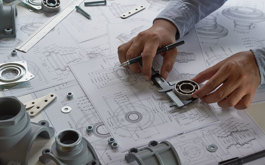 Material science constantly pushes the boundaries of what is possible in product development, but what materials are making an impact in the space industry? We've compiled a list of cutting edge materials used for space applications to help you make the right decision for your project.
Read Blog
Tagged: space, digital manufacturing, Webinar