Titanium vs Aluminum: Workhorse Metals for Machining and 3D Printing

When you think of a dream team of material characteristics for parts, light weight and strength come to mind. Naturally, so do aluminium and titanium. Both materials tick off other important boxes, such as excellent resistance to corrosion and tolerance for heat. Using 3D printing or CNC machining, these two metals have proven to be incredibly versatile for parts across a range of industries.

Aluminium and titanium are both light, but for different reasons. Aluminium’s low specific gravity (2.7 g/cm3) means that it’s considerably lighter than counterparts such as steel, which is about three times as heavy. Although titanium is about two-thirds heavier than aluminium, its inherent strength means that you need less of it. In fact, you need a fraction of the amount of titanium to get the same physical strength you would get with aluminium. Titanium is used in aircraft jet engines, for example, and in spacecraft, too. Its strength and light weight reduce fuel costs. 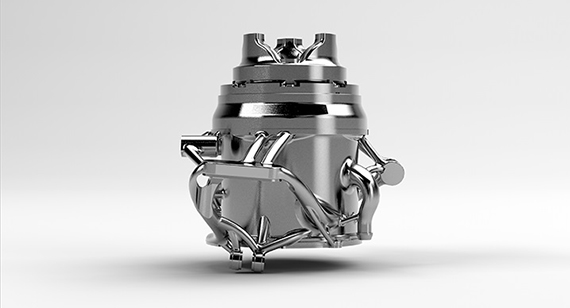 Material Properties of Aluminum and Titanium

This chart provides a technical overview of the types of aluminium and titanium we offer for DMLS and machining.

5083 is one of the strongest aluminium alloys that doesn’t rely on heat treatment, making it good for welding, the high magnesium also offers great corrosion protection, used in automotive and marine.

6082 is a bit stronger, it is easy to machine and relatively low cost, making it a popular general-purpose alloy, used in almost every application.

2024 gets stronger again and also maintains its elongation, stretching before cracking. This means it is good for tension applications, and fatigue (cycles of repeated loading and unloading) fond in aerospace.

7075 is one of the strongest aluminium alloys, its used for aerospace but also high-performance sports equipment, automotive and other applications where a high specific strength (strength to weigh ratio) are needed. Benefits of 7075-T7351 over 7075-T651 include better fracture toughness and fatigue strength. Making it especially suitable for fatigue applications and use in low temperatures (cryogenic).

Because both materials offer high strength and low weight, it’s important to look at other differentiators when deciding which alloy to use for your parts.

Titanium’s corrosion resistance and lack of reactivity makes it the most biocompatible metal, so it’s great in medical applications, such as surgical instrumentation. Ti 6-4 also holds up well to salty environments and is often used in marine applications.

Aluminium is everywhere—it’s the most common metal on the planet. The thin layer of aluminium oxide that forms on it when exposed to air makes it essentially corrosion-free and its light weight helps keep your parts from acting like a boat anchor. While aluminium generally doesn’t react to acids, it does tend to corrode in alkaline (basic) environments.

In general, aluminium finds its way into aircraft and building materials, such as non-load-bearing framing. More specifically, 6082 is the choice for bicycle frames, SCUBA tanks, fishing reels, small boats, and vehicle frames. 7075’s stronger properties make it ideal for moulds for plastics and tooling, and aircraft frames. And if you’re looking for a good electrical conductor, aluminium can do that. It has a great ability to transfer heat, which makes it excellent for heat sinks.

The aluminium alloy used in our direct metal laser sintering (DMLS) process, AlSi10Mg, adds silicon and magnesium. It’s often used for casting and is most similar to a 3000 series alloy, given the addition of magnesium as the principal alloying element. The properties of 3D-printed aluminium exceed its die-cast counterpart except for lower elongation at break.

Titanium is also one of the most common metals on Earth, but its melting point is so high it’s difficult to process it into a usable product. That’s a big reason why it is more expensive than other metals. Titanium parts have additional cost implications because they are difficult to machine. Titanium is known for its strength and has a high strength-to-weight ratio. It also offers excellent corrosion resistance and equally poor electrical conductor.

One of titanium’s pluses is low thermal expansion. With a melting point of about 1,660 degrees C, when exposed to heat, it maintains its form better. Moreover, rather than absorb heat, titanium likes to reflect it, so you’ll find it in low-E windows, bouncing back warming infrared rays from the sun.

In terms of appearance, titanium’s colour varies depending on how much it has been altered. It can range from dull grey in raw form to shiny silver when smooth. The titanium used in our DMLS process is Ti 6Al4V, more commonly referred to as Ti 6-4. It has mechanical properties similar to Ti grade 23 annealed and has exceptional tensile strength. 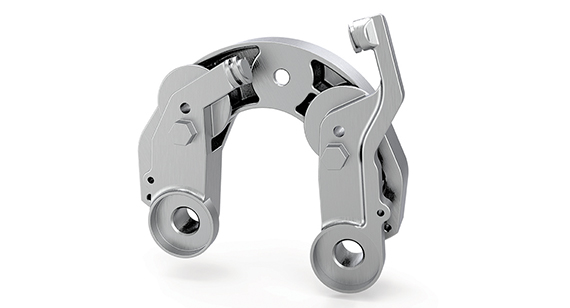 Aluminum machining is popular in the auto industry where lightweighting is key to improve fuel economy and minimize impact on performance, such as this tensioner for Litens Automotive.

Why Machine Aluminium and Titanium?

CNC milling and turning are time-tested ways to manufacture aluminium and titanium parts. The processes are fast—often producing parts in less than a day—and they adhere to tolerances of +/-0.1mm. If you need a prototype part quickly, aluminium stands out for its low cost and high quality. However, machining is somewhat limited in terms of geometries, so extremely complex designs require a different solution such as DMLS, no matter what material you choose.

One factor you might not think about when choosing material is machining waste. While milling away excess material is fine for inexpensive aluminium, it’s not ideal for pricey titanium. Because of this, engineers often choose to manufacture prototypes using aluminium, then switch to titanium for production parts. Aluminium machining is popular in the auto industry where lightweighting is key to improve fuel economy and minimise impact on performance, such as this tensioner for Litens Automotive.

Why 3D Print Aluminium and Titanium?

DMLS is an additive manufacturing process. Using a fusing laser to weld powdered metal together, it forms parts, layer by layer. The primary advantage to DMLS is that you can create parts with incredibly complex geometries, such as honeycombs and mesh-like structures. Machining just can’t match DMLS’s design flexibility, regardless of which metal.

If you need titanium parts, one advantage you might not have thought of has to do with titanium’s cost. Using powder means you end up with virtually no waste metal. Moreover, while manufacturing costs are somewhat higher using DMLS, the parts deliver value through the combination of strength and weight reduction. And added bonus? DMLS lets you combine separate parts of assemblies into a single, strong part. This saves assembly time and reduces your Bill of Materials (BOM).

For additional help, feel free to contact a Protolabs applications engineer at +44 (0) 1952 683047 or [email protected] To get your next design project started today, simply upload a 3D CAD model for an interactive quote within hours.