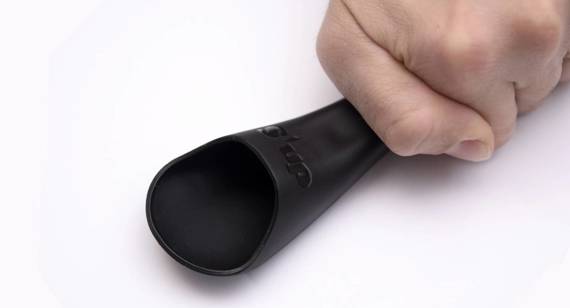 Grant Douglas found it almost impossible to eat with normal cutlery due to having Cerebral Palsy, meaning he has shaky hands. Having come to the conclusion that he needed a spoon with a lid to help reduce
spillage, he was introduced to 4C Design. Every year, the company chooses a compelling social project to support under its internship programme and in 2013, assigned its industrial designer Mark Penver with the task of helping bring Grant’s idea to life.

After creating a few prototype ideas and eliminating the lid concept, the design process led to a unique idea of a spoon with a deep capacity. Grant took two examples of the most successful designs away to test over the Christmas holidays and was able to eat Chinese food, cereal and banana fritters for the first time with next to no spillage. Spurred on by this success, the team turned to Kickstarter to raise sufficient funds to turn the prototypes into a commercially available product, quickly garnering £16,000 of support from just four generous donors.

The team contacted Protolabs with the financial backing secured. Protolabs sent a free material sample kit, so they could start to select suitable materials and finishes. Together, with their expertise they determined that polypropylene or ABS with a beaded finish provided the best surface finish—allowing the food to freely slip out of the spoon head.

To make sure the spoon was right they extended the trial to others, by outsourcing a batch of spoons to be vacuum cast in a resin similar to ABS. Feedback was excellent, with one user declaring that they could
“eat soup without changing their top.”

Fuelled by huge demand for the product, the next step was to take the prototype into an initial production run. Mark contacted Protolabs for a quote to produce injection moulded S’up Spoons for low volume production. The product was optimised with a series of changes following the company’s free analysis of the design’s suitability for injection moulding.

“The spoons from the initial production run came back amazingly well and we immediately placed an order for a further 900 spoons that were produced within a couple of weeks!” 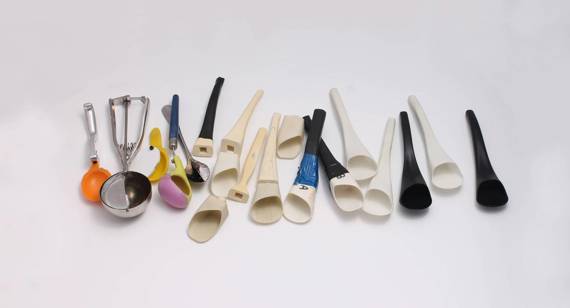 The various options that led to the final design

Mark Penver commented: “Protolabs offering to produce the spoons within fifteen days, was outstanding—other quotes we had received were
more than three to four months to make the tool. We placed an order for an initial batch of 100 spoons in polypropylene to check that the tool was okay.”

“The advice offered by Protolabs proved to be very helpful and they were patient during the quoting process—even though we went through 20 or more iterations as the design evolved. The quotes always came back within hours, which is in stark contrast to the one or two weeks that other moulding companies took.”

“Using Protolabs we’ve been able to get the S’up Spoon out into the market much faster and not just improve the lives of people with cerebral palsy but those with similar symptoms such as essential tremors and Parkinson’s disease.” 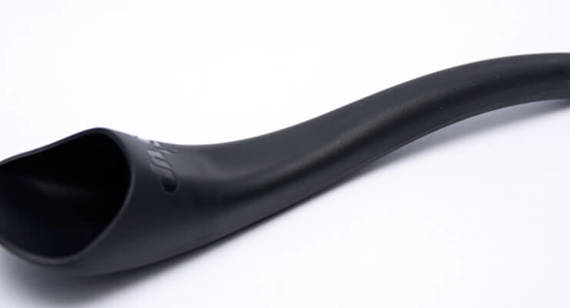 Mark went on to explain that selecting a UK manufacturer was important to his team and that when in Birmingham for the NAIDEX exhibition, he
was able to visit Proto Lab’s Telford manufacturing base for a tour of the facilities: “It was mind blowing that parts could be produced in just one day and their approach has saved us a considerable amount
of money” he added.

The success of the S’up Spoon has led 4C Design into forming a company with Grant Douglas called S’up Products and at the time of writing there are 14 distributors worldwide trying to secure exclusivity of the spoon and the team are planning to develop further products.”