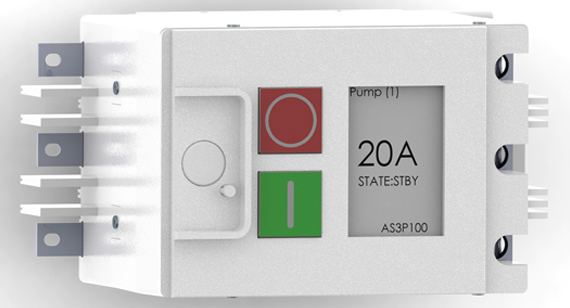 Atom Power's new, solid-state circuit breaker, for large-scale business and industrial buildings, holds the promise of being a safer and faster means of breaking a circuit.

“Our aim, with a solid-state circuit breaker, is to create a safer and faster means of breaking a circuit,” said Taylor Santore, a mechanical engineer and project lead for Atom Power. Traditional circuit breakers stop the flow of current in an electric circuit as a safety measure, through a mechanical, automatically operated electrical switch. Atom Power’s circuit breaker moves the process from mechanical to digital. “This new, solid-state breaker will mean greater customer safety, reliability, and more longevity in the part,” Santore added.

Just how groundbreaking is this technology? Energy giant Siemens has taken notice. Siemens has invested in Atom Power, forming a partnership through next47, Siemens’ investment arm.

“Atom Power is on the leading edge of a fundamental change in the traditional circuit breaker and shows great promise toward enhanced energy awareness and faster reaction times in an increasingly complex energy landscape,” said Terry Royer of Siemens in a recent Charlotte Business Journal article. Royer is vice president of operations and product development for Siemens’ low-voltage and products business.

Development Challenge: From 3DP to IM for UL—ASAP

Santore said Atom Power started out with 3D-printed (3DP) parts from his company’s in-house 3D printer, which he said worked well during the early design days of the project. “We were able to test out every part, figure out sizes, tolerances, go through everything we needed to consider, and saved a lot of money from having to use injection molding (IM) for our parts over and over again.”

Eventually, however, after producing 3D-printed alpha and beta versions of the prototypes, issues such as absence of draft and other molding design considerations emerged, items that prompted Santore and his team to seek out Protolabs to produce molded parts for prototypes, he explained.

Accordingly, a third version, an injection-molded version, was done by Protolabs, and then, following a few more tweaks, a fourth iteration was done, though, as Santore mused, because it had just a few changes, it was more like version “three and a half.”

Along the way, through all versions, Santore said that Protolabs’ design analysis, part of the automated quoting system, was valuable. Additionally, a lot of “back and forth” questions and discussions with Protolabs’ applications engineers in customer service was especially helpful, Santore said.

And, of course, all of this was done swiftly to meet timelines that are a part of Atom Power’s pursuit of UL approval as the company works through various required UL testing and reviews. “Deadlines for startups like ours are insane,” Santore said. “We pushed the envelope in getting these parts done and that’s what is so appealing about Protolabs, you can turn things around in a hurry.”

“Deadlines for startups like ours are insane. We pushed the envelope in getting these parts done and that’s what is so appealing about Protolabs, you can turn things around in a hurry.” 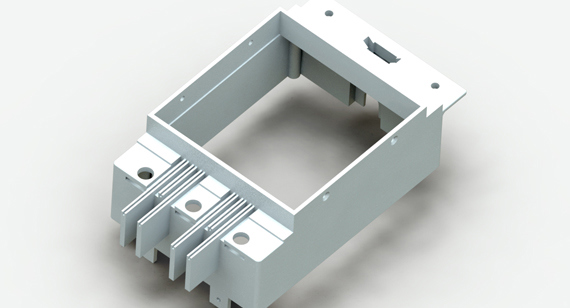 The company couldn’t really start producing hundreds of thousands of parts for its circuit breaker products before getting UL certification, or, as Santore said, “Until we can have the UL sticker on it.” So the idea, he said, was to be “completely production ready.”

That meant ordering parts, but in lower quantities, “because we didn’t want to have thousands of parts just sitting around in case Underwriters Laboratory wanted us to change something in the design,” Santore explained.

“That’s a big benefit of on-demand manufacturing,” Santore added. “You enabled us to get parts fast, to see what they would look like, and see the feel, the strength, how the parts would work, without having to order large production runs.”

Protolabs produced a variety of injection-molded parts for Atom Power, including internal parts for the “disconnecting” piece of the breaker, enclosures for the breakers, and elements of the control panel. An ETPU (Engineered Thermoplastic Polyurethane) was used for the enclosure, and several different materials, including another ETPU, Isoplast 202EZ, were used for the disconnect parts.

Beyond the game-changing function of Atom Power’s new circuit breakers, the company also wanted the products to look better. “Right now, breakers are an afterthought,” Santore said. “You put them in a metal cabinet and close them away.” These breakers have a screen on the buttons that light up green and red, indicating on and off, the enclosure displays these as well, and the white control panel enhances the overall appearance.

The quality of the finished parts Protolabs made for Atom Power, and the fast delivery of those parts, are two prime reasons Santore calls Protolabs “our go-to manufacturer.”

Parts have performed as required, Santore said, including in simulations, stress analyses, “real-life” tests, and, in a requirement from UL, a 10,000-mechanical-cycles test. “We did that here in our building and we had no problems. It was really critical for us to do that…We were pleased to see how well everything held up. No fatigue cracks, no stress marks, no nothing. It was fantastic.”

Plus, the delivery speed “was a huge thing,” Santore said. “Being able to call Protolabs, and in 15 days have what we need, that was awesome.”

UL testing continues, as does the development of additional product lines. Atom Power already has 100 amp AC and DC products, which Protolabs worked on, and is now developing 200 amp, 800 amp, and other models.