Corey Mack, founder and designer of the Aura Project’s Aura Ventilator, has a history with Protolabs spanning almost two decades when he first responded to a magazine ad for one of our early design aids. “You guys had this design cube that was sort of like a Tetris block, and I was interested in plastics back in college, and so I took some courses and I got that design cube,” said Mack.

Never working on a project that needed enough injection molding to enlist our services, though, he kept us in his back pocket until 2020, and the start of the Aura Project. Interested in working with low-volume injection molding to produce a low-cost ventilator, he looked us up and discovered we had added a number of other capabilities over the years that could help with the project as well.

Mack has a background in mechanical engineering for design projects and in April 2020 was working on augmented reality eyewear at LAFORGE Optical—which could help users figure out where they were if lost, or identify the person they were speaking with—when the company’s work was put on pause due to the coronavirus pandemic.

This is when Mack came up with the idea for a low-cost medical ventilator that could help patients in developing countries or underserved communities affected by the pandemic. Assembling a small, remote team of three full-time and six part-time employees—including fellow Rochester Institute of Technology alumni, former co-workers, and friends—Mack stepped into the highly regulated medical industry, hoping to get the product designed, prototyped, tested, and into production quickly and affordably.

Solving for Accessibility on Short Time Frame and Tight Budget

The team faced two major challenges: Create something safe and of quality in a short amount of time, and keep it on budget—all while navigating FDA requirements with a team of people who had never designed a medical device before. As government regulators lowered requirements to allow for fast-track development during the pandemic, the group worked to find a balance between the reduced requirements and cutting costs where possible, yet still producing a quality final product.

From the beginning, the Aura Project was aimed at targeting its ventilator to non-profits, non-governmental organizations (NGOs), and small hospitals that would look at facilitating people in developing countries or underserved communities affected by the pandemic. Mack cites the issue of availability and accessibility of ventilators globally as the inspiration behind the project.

And then there’s the question of mass production, and whether that is feasible with this type of device. This past year saw the demand for ventilators spike like never before, and Mack wasn’t the only one who pivoted in response to the pandemic, as many global brands and manufacturers worldwide shifted their production lines to create ventilator parts. 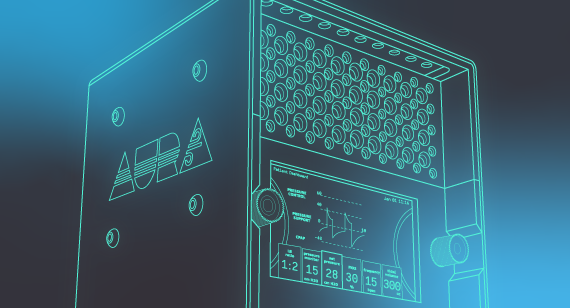 So, how do you design something for the first time when you have to work through FDA requirements, design for automated manufacturing, and there’s a global crisis going on?

“Quick turnaround and open communication, with real numbers, have been key to the partnership,” said Mack, as the team worked through 14 rapid iterations over the course of five months. 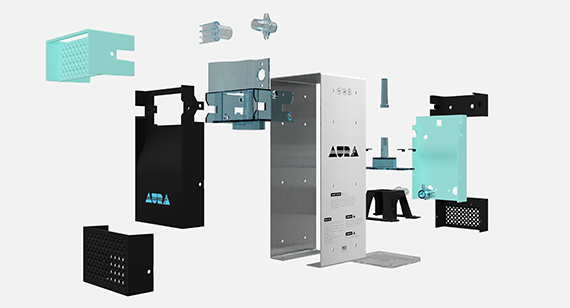 Protolabs produced all the internal pieces of the ventilator, as well as all the external parts other than the display screen and knobs.

The team is nearing the end of its pre-production testing, and looks to move into production by the end of the year. So far, they have used our sheet metal fabrication and 3D printing services (Multi Jet Fusion) through the prototyping process, and plan to move to our injection molding capabilities for end-use production.

Working with our automated manufacturing analysis and live engineers has helped reduce startup costs by 40-50 percent. Being able to play around with different things in the ventilator’s design, like living hinges and combining assemblies, and seeing how these things impacted timing and cost solidified the team’s confidence in our injection molding process. The prototyping process also helped determine which changes were worth the effort, and which would have a minor impact that wouldn’t be worth the time investment to figure them out.

“That helped us out quite a bit, because being able to see how each little change affects you on a dollar and cents side, particularly with where we are—we’ve been working off a grant, but once we get through with this next phase, we have to go out for funding,” said Mack. “Going to a potential investor or private bank and saying ‘we know what the costs are going to be, basically within 10 dollars’ is pretty powerful.”

Calling back to his original introduction to Protolabs, the Design Cube, Mack also credits our current Design Cube with an important “a-ha” design moment in the project that shaved $90,000 off future production costs.

Mack credits our current Design Cube with an important “a-ha” design moment in the project that shaved $90,000 off future production costs.

“This foldable concept is actually what we used to get costs down,” he said. “It hit me…right when I went to bed. I was like ‘wait a second, I could just do exactly what you guys did with the Cube, and that could save us a bunch of money’ because we were struggling to figure out how to pull cost out. We were looking at removing some features, or combining it, but that was going to be a lot of work. So, we actually put some of these living hinges in it, so you can just do it in two molds instead of four, and just fold the sides in.” 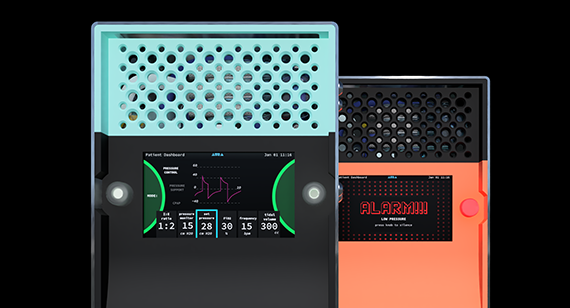 The user interface has an intentionally minimalistic design to help maximize ease of use.

Beyond cost savings, Aura designers were able to get prototypes fast, receiving sheet metal in three to four business days, a month faster than anywhere else they looked. In addition, getting Multi Jet Fusion 3D-printed parts fast allowed the team to test for strength and assembly, confirming that the design was ready for production.

The Aura Project is currently working on finalizing the display size and production cost planning, and anticipate just one or two more rounds of pre-production before moving to production. It hopes to start production at 500 units per month, which would total approximately 6,000 parts per month from Protolabs, including the plastic and metal body panels and most of the breathing system.

“Everything you see or touch, other than the display and the knobs, is made by Protolabs,” said Mack.

The final molded parts will be a mix of recycled plastic polypropylene acquired from a firm in Los Angeles, Calif., Protolabs-supplied glass-filled nylon, and medical-grade polycarbonate for a couple of specific parts. To achieve its goal of increasing ventilator accessibility and availability, the team plans to compile kits of parts from us that can be sent to anyone with the capability to assemble the final product.