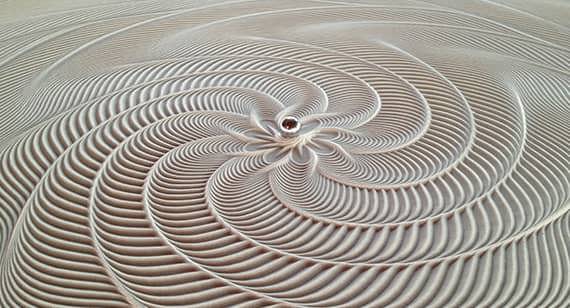 The curse of Kickstarter success—raise millions of dollars, but also raise the stakes. Shipping a product to thousands of customers out of a garage as a two-man company is no easy task. Just ask Bruce Shapiro and Micah Roth, co-creators of the Sisyphus kinetic table.

Drawing inspiration from traditional Zen gardens, the kinetic art table uses a metal ball to create unique and complex designs in sand under a glass top. The table is in a perpetual state of motion, continually creating and erasing patterns in the sand. The team at Sisyphus has spent the past three years refining the table’s design—ensuring that it operates silently and will run for years.

The creators began building Sisyphus tables at a Minneapolis makerspace. They soon launched a Kickstarter campaign in hopes of raising enough capital for a production run and gaining new customers.

“As we started to increase our quantity, it became apparent that more efficient manufacturing processes were needed, and that's when we turned to Protolabs.” 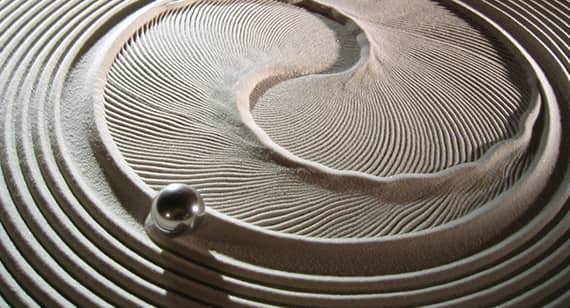 The campaign was met with enthusiasm and quickly surpassed its $50,000 goal and raised roughly $2 million. This would set the record for most funded project in the crowdfunding site’s “Art” category.

As Shapiro and Roth began developing a manufacturing plan, they applied for, and won, the Protolabs! Cool Idea Award. The service grant enabled the company to produce the tables ordered through its Kickstarter campaign as well as from other customers.

“We were blown away by the reception that we received during our Kickstarter campaign,” said Roth and Shapiro.

The Sisyphus team originally planned to manufacturer several mechanical components through machining and laser-cutting. However, when demand grew to more than 1,000 orders, they realized maintaining quality at scale would be a challenging and costly task. Partnering with Protolabs to injection mold these parts would bring the quality they need in the right time frame as they scaled to meet rising demand.

“Without the support from Protolabs and the Cool Idea Award, the table’s manufacturing complexity and costs would both go up, but we’re now able to reduce design time and cost to bring Sisyphus to our customers more quickly and efficiently,” said Shapiro.