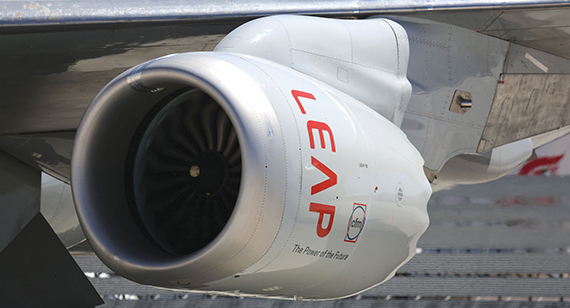 GE created a buzz over the last few years with the testing and eventual production of its Leading Edge Aviation Propulsion (LEAP) jet engine, the first ever to contain 3D-printed parts. The parts included 19 additively manufactured cobalt chrome fuel nozzles.

Airbus last year developed more than 1,000 3D-printed parts for its A350 XWB aircraft. Other aerospace and defense companies are using 3D-printed airflow measurement probes, which are designed to determine aircraft angle of attack at supersonic speeds. Lockheed Martin used both 3D printing and injection molding from Protolabs to get its commercial-grade drone, the Indago Quadcopter unmanned aerial vehicle (UAV), off the ground. Finally, NASA and Trinity University, in a joint venture, also used Protolabs’ 3D printing and CNC machining technologies for prototypes to develop an asteroid-sample retrieval device.

Why the soaring use of industrial-grade 3D printing in aerospace?

“It’s all about part-count reduction, performance improvement, and weight reduction,” said Patrick Dunne, vice president of Advanced Application Development for 3D Systems Corporation, in a recent Protolabs Journal article. “There is a lot of inefficiency in aircraft with respect to weight and a lot of metal hitching a free ride through the air.” With 3D printing, both part count and weight can be trimmed, while strengthening materials and streamlining design.

This lightweighting is also important to fuel efficiency. Aerospace OEMs face continuing pressure to find greater fuel efficiency, which is probably one of the biggest factors contributing to operational profitability, especially for commercial airlines.

Even more 3D printing advancements will soon be ready for takeoff in the aerospace sector. In November, GE unveiled its 3D metal printer that will make larger parts for aircraft. Others are attempting to use additive manufacturing to create titanium products. These and other innovations show how 3D printing will continue to play a primary role in the aerospace industry.