In our recent trend report on electric vehicles (EVs), we showed how the automotive industry is in the middle of a dramatic pivot away from internal combustion engines (ICEs) to EVs.

However, that pivot isn’t complete. EV sales nationally accounted for only about 4% of overall auto sales in 2021.

That said, one segment that is plugging in to EVs is the commercial side of the automotive industry—fleet vehicles and industrial equipment, a segment that Protolabs serves.

Electric power seems especially well-suited for commercial vehicles. Unlike cars, there’s less range anxiety because these vehicles are driven along fixed or planned city routes all day and then return to garages at night for charging. Examples abound: city buses, van and larger truck delivery vehicles, garbage trucks, and even a beer distributor in Manhattan that’s using an electric fleet.

Along these lines, Amazon and the U.S. Postal Service (USPS) have signed contracts with EV makers to make quantum shifts from gas-powered vehicles to EVs over the next several years. 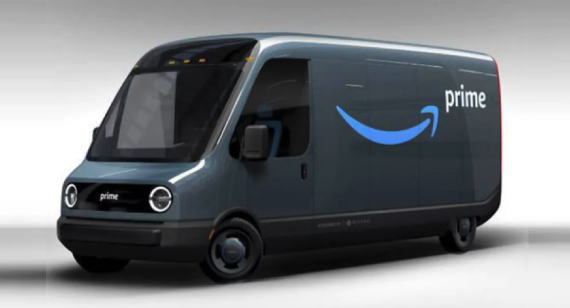 Amazon announced in 2019 it had placed an order for 100,000 electric delivery vans from Michigan-based EV startup Rivian, a company that is also set to manufacture trucks and SUVs for the consumer market. All of the Amazon vans are expected to be on the road by 2024, and the first vans hit city streets last year.

The pivot to EVs makes sense for Amazon for several reasons. EVs will help meet sustainability and zero emissions requirements. In addition, as the company’s fleet continues to grow to resemble the size of larger delivery entities such as United Parcel Service (UPS), EVs can help reduce overall maintenance costs. Also, as mentioned, EVs are well-suited for driving along planned routes all day and then returning to garages for overnight charging. Given Amazon’s sophisticated delivery-route forecasting, the company can plan accordingly where the vehicles can get recharged and where the plug-in infrastructure should be installed.

EVs To Deliver for USPS

Last year, USPS announced it had awarded Oshkosh Defense, a subsidiary of Oshkosh Corporation, a contract to produce between 50,000 and 165,000 delivery vehicles over the next 10 years. These will include both zero-emission EVs and fuel-efficient, low-emission ICE vehicles, increasing the sustainability of the USPS fleet.

Under the contract, USPS has committed to pay Oshkosh Defense $482 million to initiate engineering efforts to finalize the production vehicle design, and for tooling and factory build-out activities that are needed prior to vehicle production. This contract is reportedly USPS’ first large-scale fleet procurement in three decades. 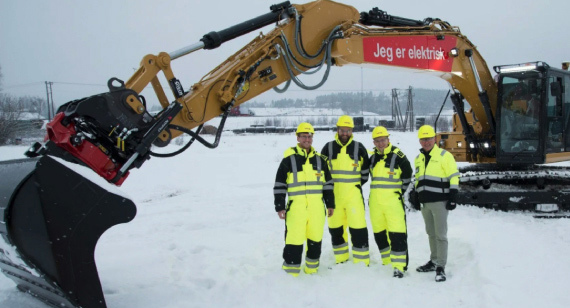 In addition, the heavy-construction equipment industry has already been quietly deploying electric technology for several years to the point that now more than a dozen equipment manufacturers produce electric machines such as excavators, loaders, and trucks, including Caterpillar’s all-electric, 26-ton excavator. In fact, in 2019, Volvo Construction Equipment announced it would stop making certain diesel models and only manufacture electric versions.

And What About Autonomous Vehicles for Fleet Use?

Don’t forget the potential of autonomous vehicles (AV). As we noted in our EV trend report, most industry observers say that AV technology will take longer to develop and launch for consumer use.

However, given recent supply chain issues, and the major shortage of truck drivers in North America, that development and launch could be accelerated for commercial vehicles. With the building of infrastructure to support AVs, this technology could be deployed for truck fleets in less populated areas located outside cities such as warehouse-to-warehouse deliveries within a distribution network.

John Deere announced at the recent Consumer Electronics Show (CES) in Las Vegas that it will release a fully autonomous version of its 8R tractor for purchase this year that’s ready for large-scale production.

Heavy machinery companies such as Komatsu, Caterpillar, and Volvo Trucks are already using autonomous heavy equipment vehicles in mining and other operations around the world. For instance, Komatsu’s Autonomous Haulage System, which launched in 2008, has moved more than two billion tons of surface material and now deploys about 150 self-driving trucks in nine mining sites on three continents.

For now, the automotive industry is wrangling with existential supply chain shortfalls—especially a shortage of computer chips—which are disrupting sales and revenues for automakers. But the overall industry pivot to EVs will continue and looks to be led by those stalwart workhorses of the automotive segment—commercial fleet vehicles and heavy equipment.

Industry Spotlight is a periodic look at manufacturing trends.