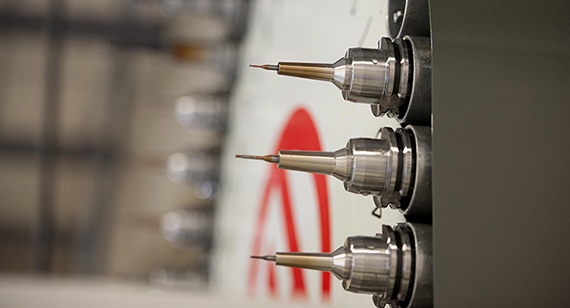 Haas’ Next Generation Control (NGC) was influenced by the company’s work with Protolabs.

Welcome to the first in a planned series we’re calling Executive Outlook, in which we’ll explore the current and future state of manufacturing through the lens of top leaders at equipment manufacturing companies. You’ll get the executives’ takes on the continued evolution of manufacturing hardware and technology, and find out where they are headed next.

First up in our series is machining, and Haas Automation.

Lots of companies talk about attributes that are “in their DNA.” For Haas Automation, leveling the playing field in CNC machining is more than DNA, it’s the company’s origins story. It’s also key to understanding Haas’ latest innovations and how the company looks at the future.

Haas Automation was a market disrupter in 1988. A five-year-old startup at the time, Haas came to the Chicago International Machine Tool show with a domestically made vertical machining center designed to compete with big overseas makers on quality and price. The Haas VF-1 sold for less than $50,000 back then—a bargain that was in reach for small shops. Now, 29 years later, the price is still under $50,000, and working with Haas still gives U.S. customers the efficiencies of dealing with an on-shore supplier.

Based in Oxnard, Calif., where it does all of its manufacturing, Haas now makes several lines of vertical and horizontal mills and lathes. The company has offices in Belgium and China, and annual revenues of around $1 billion. It’s a major equipment supplier for Protolabs, which runs nearly 500 Haas machines across its locations globally.

That makes Protolabs one of Haas’ largest customers. Protolabs is also one of Haas’s most sophisticated customers, says John Roth, Haas Automation vice president of operations.

“Protolabs is kind of unique for us,” he explains. “They really, really exploit the data transfer of the machines and are extremely good at it.”

Roth says Protolabs is pushing the capabilities not of G code, but of parametric programming in its Haas machines. As a result, “there’s more of an exchange between Protolabs’ engineering and applications people and those of Haas’ people, and I think it’s for the good.” For example, Haas’ Next Generation Control (NGC), which began rolling out two years ago, incorporated tweaks that came out of Haas’ work with Protolabs, Roth says. 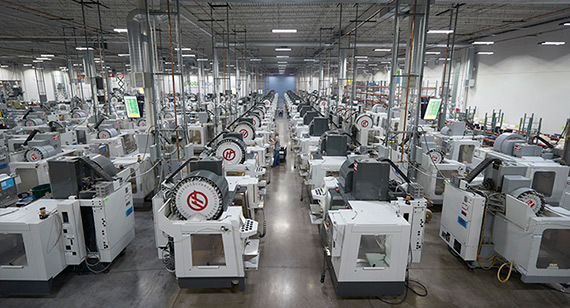 A peak into Proto Lab's machine shop floor, which is home to hundreds of Haas CNC machines.

The NGC, with improved connectivity, a more powerful quad-core processor, and greatly increased memory, represents the present and the future of empowering machine tool shops, whether they’re big or small, according to Roth and his colleague John Nelson, a senior product specialist for Haas Automation. The new control gets at fundamental challenges that have always been part of the industry—increasing speed and efficiency, and reducing cost—but it also takes on newer challenges that didn’t exist until recent years.

“It sounds kind of basic today, but we never really had a good way to wirelessly network the machines” before, Nelson says. With the new control, “it’s very, very simple.”

“We’re just scratching the surface” of what’s possible in terms of Haas machines talking with smartphones, enterprise resource planning systems, robots, and other devices through the MT Connect communications protocol.

Machining and programming tasks have grown in complexity. At the same time, the pool of workers with advanced manufacturing skills has tightened. Shops that have the wherewithal and the skilled labor can create sophisticated programming and set-ups, Roth says. Haas’ new control attempts to simplify that process. “That’s been a key advantage for us for a long time,” he adds. “We’ve kind of democratized machine tools.”

Here’s more from Roth and Nelson on their industry outlook.

What would you say are the most significant changes in the machine tool industry in the past three to five years?

Roth: I think cutting tools and toolpath are changing faster than the machine tools themselves, though that’s certainly related to how we design and build the machines. Cutting tool materials have improved year after year, both the carbide substrates and the coatings themselves...There’s always this evolution of machine tools to be faster—spindle speeds are going up, accelerations are going up, tool change times are going down.

But to build machines that take advantage of high-speed tool paths, I have a lot more demand on the capability of the control—its block execution rate, its ability to read ahead, its ability to interpret motion blocks. So control demands are going up quickly. 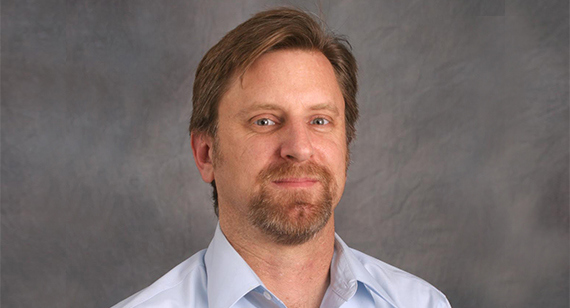 John Roth is the Vice President of Operations at Haas Automation.

What else will drive change in the near future?

Nelson: One thing that I think is really interesting going forward is a push for data collection across a wide variety of different machines or devices within a factory that are all talking to each other—the “industrial internet of things.” That makes it possible to know way more about what’s happening on the factory floor than any one individual can tell because data is coming in from every device in the shop. That could lead to tighter schedules and more just-in-time manufacturing.

How is Haas capitalizing on these trends?

Nelson: The processor for our new control is really the biggest step forward that we’ve made in the performance of our machine tool control in the whole time the company has been selling machines. The onboard memory of the machine tool has gone through the roof—one gigabyte standard memory and then options for 32 and 64, where our maximum was 750 megabytes before. The new quad-core processor means there can be four things going on at once. You can use the graphical interface to create a new program while the machine is in cycle.

How do you see those increased capacities changing the way your customers operate?

Roth: The Next Generation Control that we’ve introduced is the foundation for much of what we want to do in the future with our control, and that comes in a bunch of forms. One example: The new control has the processing power to play videos. So if I’m a job shop and I’m setting up a job that I haven’t seen in a year, I load the program into the machine and it just plays a video of how that job is set up.

We also have a feature called Haas Connect, where the machine will send information to my phone on how the machine is doing: the part is finished, the air supply is low, someone just pressed cycle start or feed override. It’s in its early days, but for me, Haas Connect is about the internet of things.

Many of our customers are small family-owned shops, and being able to step away, do something else, and not worry about what’s happening with the machine is a super important thing. Even for bigger production shops, it helps productivity. We can say what we want to about rational shop layout, but businesses don’t necessarily grow in a rational way so you’ve always got some machine off in a corner that isn’t as productive because nobody sees it. Now an operator or a supervisor doesn’t have to walk around the shop looking for problems. The machines will tell me what they need.