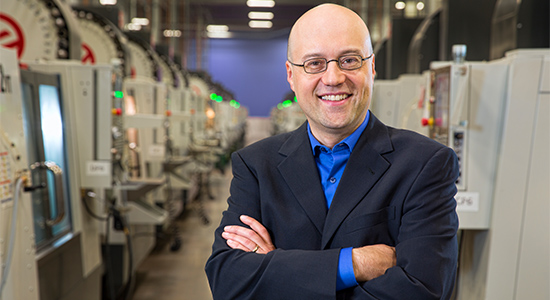 Our Board of Directors has unanimously elected Protolabs’ VP and GM of Americas, Robert Bodor, to succeed Vicki Holt as our President and Chief Executive Officer effective March 1, 2021. Vicki is retiring after leading the company for the past seven years, and will remain CEO during this transition time and continue to serve on the board through May 2021.

“I am excited to announce that the Protolabs Board of Directors has named Rob as our next CEO,” said Vicki. “Rob has been instrumental in building Protolabs into what it is today. Since joining the company, Rob has held a variety of leadership roles, including overseeing our largest region since 2015. He has more than doubled the revenue of the Americas’ business during his tenure and played an instrumental role in expanding the company’s services into 3D printing and sheet metal fabrication. Rob is a very strategic business leader and a great leader of people. His passion and commitment will continue to serve Protolabs well.”

Rob has more than 20 years of leadership experience, and has served as VP and GM of the Americas at Protolabs for the past six years. During his tenure, he has also served as Chief Technology Officer and leader of the company’s business development and product development functions. Before joining Protolabs in 2012, Rob held progressive leadership roles at Honeywell and McKinsey.

“I look forward to the opportunity to serve our employees, our customers, and our shareholders,” said Rob. “I want to thank Vicki for her support and guidance over the past seven years, and I am excited about Protolabs’ future and what we can accomplish. I am fortunate to have the opportunity to lead the world’s foremost digital manufacturing service provider that’s helping accelerate product innovation and supply chain optimization across many industries. My commitment is to inspire our incredible team of employees and deliver value for our customers and shareholders. I look forward to working with Protolabs’ executive team as we continue to drive the success of this company.” 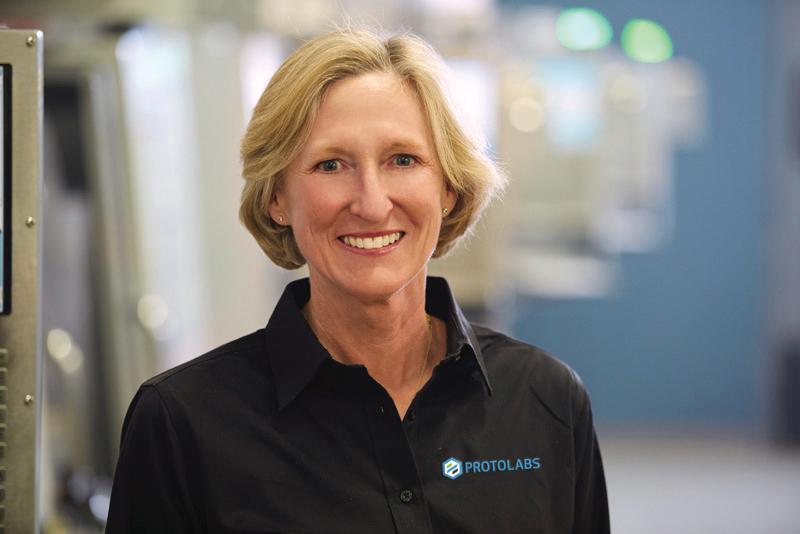 Archie Black, Protolabs’ Chairman of the Board, added, “The Protolabs board is excited about what Rob brings to the CEO role. This transition follows a carefully planned succession process and Rob is the right person to lead the company. He has a track record of outstanding performance with great people leadership throughout his career. The board congratulates Rob on his promotion and we look forward to working with him in this new capacity.”

Archie continued, “We also want to extend our thanks to Vicki for her exceptional leadership as CEO over the last seven years. It has been a period of remarkable growth and expansion for Protolabs. She continuously improved all aspects of the company’s operations while being a compassionate leader and developing a winning culture. All of this helped drive exceptional revenue growth and returns for our shareholders. Protolabs’ revenue increased by more than 165 percent and market capitalization grew by more than $1.8 billion during her leadership. We congratulate Vicki on her outstanding performance and thank her for building Protolabs into a world-class organization.”