Our search for innovation this month takes us across the pond. In Europe, the current coronavirus pandemic is accelerating the demand for e-bikes. Why? Well, quieter roads and more free time have emerged, along with those still-working commuters who are seeking a climate-friendly, healthy, and virus-free alternative to public transportation. Europe is seeing recent innovations in this growing market, including increased safety measures, higher quality parts, and individual customization. 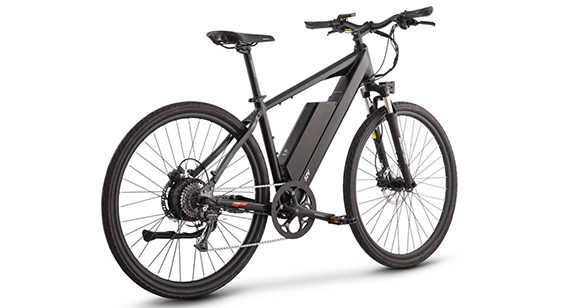 Even before the pandemic, the Confederation of the European Bicycle Industry (CONEBI) was predicting that the European e-bike market would triple in the five years following 2019. Both conventional bike and e-bike sales are rising rapidly. Italy, the largest producer of bikes in Europe, saw a 7% and 13% increase, respectively, from the previous year. In the UK, the export of bikes and accessories grew by 15% before lockdown, and Germany saw a staggering 40% rise from 2018.

And, the pace of change appears to be increasing, with the CONEBI estimate starting to look conservative. The COVID-19 outbreak, with quieter roads and more free time, has more people getting on their bikes showing this trend likely to continue as part of the urban commute to avoid public transportation.

Governments are also backing this trend with the UK introducing a £250M emergency active travel fund that focuses on getting people onto bicycles. In Italy, the government is providing an alternative mobility voucher for those who buy e-bikes and electric scooters and who live in cities with more than 50,000 inhabitants, which will cover 60% of the price up to €500.

Early evidence shows this national drive by governments is working. In Italy in May, just after the lockdown, sales of e-bikes and electric scooters were 60% higher than in May 2019. Clearly the e-bike market is growing rapidly, and with increasing demand comes innovation as manufacturers seek to differentiate themselves and take advantage of this trend.

Change is on the Way

When considering innovation for e-bikes, attention often focuses on the battery and how to make it lighter and more efficient. The latest research focuses on graphene lithium nano technology, which offers a far better energy density making them lighter and able to offer a greater range from each charge. The first prototype bikes with these batteries are already being tested, and it will be exciting to watch this develop.

One concern for e-bike commuters in urban environments is safety, and again scientists are working hard to improve this using human-machine integration. Ongoing research at University of Southampton tests e-bike prototypes reading a cyclist’s brain activity to prevent potential accidents. The rider wears an EEG cap to determine changes to his or her peripheral awareness. If the awareness narrows, which typically happens when responding to danger such as an obstruction or a car pulling out, the cap feeds this information into a small computer that will immediately stop the electric motor to slow the rider down. 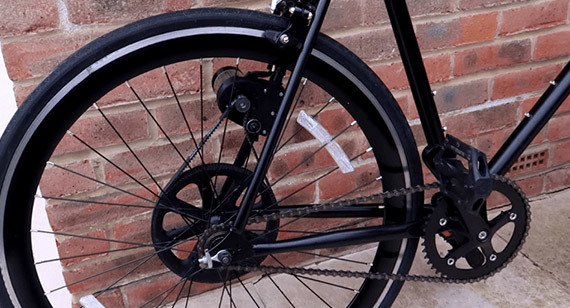 While these developments grab attention and promise huge opportunities for the future of e-bikes, manufacturers are also seeking incremental changes that can help them differentiate their products now.

The growing role of digital manufacturing, in particular 3D printing, is making a huge difference for both the production of initial prototypes for aesthetic and functional validation, and producing components that are lighter, stronger, and better. This includes anything from tires and grips that absorb vibration to flat nylon pedals that are lighter and stronger.

3D printing technology unleashes creativity in designers and engineers as previously impossible geometries are now made possible. And, digital manufacturing allows cycle manufacturers to customize parts to meet the exact needs of their customers.

Avid cyclists will tell you having a bike built to meet their exact measurements and requirements is a key feature to provide comfort and effectiveness over the long term. For e-bikes to become a long-term viable commuting option, these considerations are vital.