Innovation Drives Automakers Forward to Navigate the Road Ahead

A recent commercial for Nissan boasts that, these days, “The most exciting tech you own is in your driveway.” That’s probably true.

Gone are the days when FM radio or CD players got car buyers excited. Today they want smart vehicles. They want voice-activated navigation. They want live-streaming media, heads-up displays, rear cameras, advanced safety features like blind-spot warnings and lane assist, and more choices than ever. It seems the auto industry has gone from Henry Ford’s “any color you want, as long as it’s black” to “whatever you want, as quickly as possible,” as consumers demand the latest technology and innovations.

At the same time, even though gas is fairly cheap right now, concerns over the environment and future oil embargoes are pushing consumers and vehicle manufacturers alike toward increased fuel-efficiency, and in many instances, no fuel at all. Battery technology is improving at an exponential rate, while vehicles are becoming lighter and more powerful. It’s an exciting time to own and operate a motor vehicle, especially when you consider that the actual act of driving may soon become an anachronism.

In this era of tech innovation and constant, rapid change, several trends are driving carmakers and other companies in the industry to shift gears. These include: 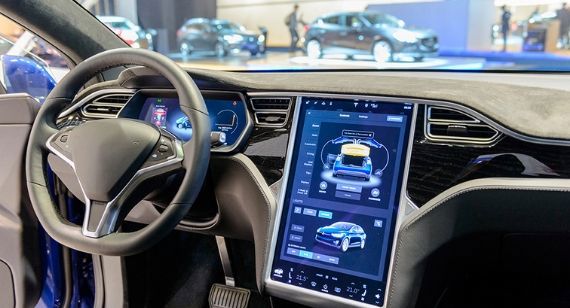 Facing Down Demand Volatility in the Auto Industry

Exciting or not, the wealth of vehicle options and technological advances available to consumers today has placed tremendous pressure on original equipment manufacturers (OEMs) and their suppliers. Designers face shorter development cycles than ever before. Engineers must grapple with new materials and find innovative and agile methods of manufacturing. Executives must decide the best way to chart their companies’ course, often with little visibility to the icebergs lurking beneath these uncharted manufacturing waters.

The solution is clear: just as automobiles are changing, so too must automobile manufacturers. That’s according to Rob Bodor, vice president and general manager for the Americas here at Protolabs, a global digital manufacturer that produces prototypes and end-use parts for the car industry. As Bodor explained in a recent conversation, “Automotive design cycles are much shorter than they once were. And because the industry is evolving at such a rapid pace, our customers face demand volatility, uncertainty, and must always be looking for ways to reduce risk when launching new products.”

One of the best ways for automakers to mitigate that risk, he said, is by partnering with suppliers knowledgeable in the entire spectrum of manufacturing processes, and those that are digital manufacturers. Digital manufacturing can provide quick turnaround on prototype and low-volume end-use parts at a cost lower than what’s possible in-house and provide a connected supply chain all along the manufacturing path.

For OEMs and other companies that serve the industry, these digital manufacturing processes include CNC machining, injection molding, sheet metal fabrication, and especially industrial-grade 3D printing (additive manufacturing), which has become the darling of the lightweighting community for its ability to produce novel geometries in polymers and metals alike. And although additive manufacturing (AM) is making inroads on traditional automotive-level production, it continues to have a tremendous impact on the design process by allowing multiple product iterations to be created far more quickly and cost effectively than non-digital manufacturers can provide. 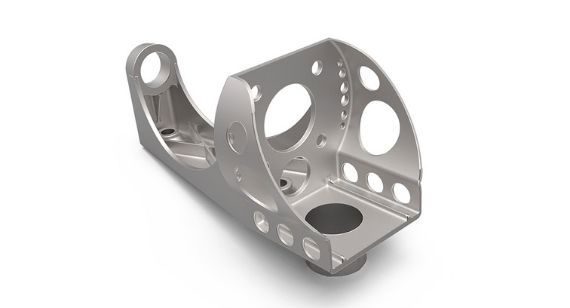 An increased understanding and adoption of metal 3D printing throughout the automotive industry has led to several companies turning to additive manufacturing to build brackets, housings, bezels, and frames.

AM is also the bedrock beneath mass customization, a trend that will dramatically impact the way we buy consumer goods in the future, automobiles among them. Until then, the technology is already being used to manufacture spare and aftermarket vehicle parts. Daimler Group, for example, has partnered with the consulting arm of 3D printing builder EOS, Additive Minds, on a project to “reduce the rising warehousing and tool costs caused by our growing inventory of omnibus spare parts, while also continuing to improve supply performance to our end customers,” said Ralf Anderhofstadt, head of the Center of Competence for Additive Manufacturing at Daimler Buses.

None of this surprises another of my Protolabs colleagues, AM applications engineer Eric Utley. He’s already seen a huge uptick in prototyping of brackets, headlight housings, bezels, and frames for electronics—many of them destined for self-driving cars—as well as a variety of “on-demand” service components for older vehicles. As with the Daimler example, this on-demand service eliminates the time and expense associated with tooling up a part that may have exited the production line sometime during the Reagan era.

“There’s also more mainstream production,” he said. “MINI Cooper, for instance, is using AM for mass customization of its cabin interiors. And Volkswagen is 3D printing titanium brake calipers for Bugatti, shaving several pounds off the vehicle weight and providing higher performance as well. Granted, these kinds of high-performance examples probably won’t trickle down to the passenger car market for years, but things are definitely moving in that direction.”

Further along these lines, electrification, autonomous driving, and fuel-efficiency through lightweighting continue to be significant trends in the auto industry, even though much of the low-hanging fruit has already been picked. With lightweighting, anyway, you can think of it more as apple polishing at this point. Most of the big gains have already been realized, so if a customer can shave a few ounces off a product, they’re pretty ecstatic. That said, it’s much easier than it once was to accomplish these incremental improvements. There are a variety of new high-performance polymers available as well as more capable software tools, and digital manufacturing suppliers able to leverage a broad range of manufacturing disciplines. This digitization trend makes it quite time- and cost-effective to make and test multiple iterations of a product design. 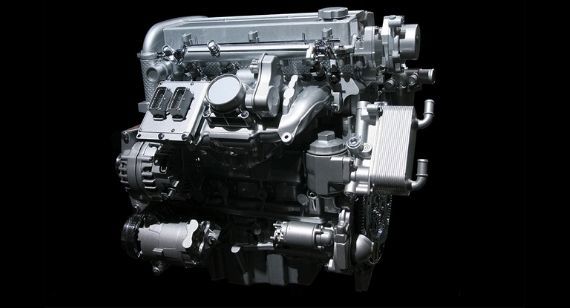 Carmakers Team Up With Tech Companies

Another intriguing trend is the emergence of otherwise traditional automakers taking on the role of contract manufacturer, servicing startup companies unwilling or unable to invest in their own mega-factories. Fiat Chrysler, for instance, has partnered with Google spinoff Waymo to produce up to 62,000 self-driving hybrid minivans. Waymo has also recently announced a plan to team up with automakers Renault and Nissan to make its first journey outside the U.S. with a ride-hailing service that will deploy a fleet of robo-taxis in France and Japan. Furthermore, Uber has agreed to purchase 24,000 vehicles from Volvo, which the ride-sharing pioneer will then make autonomous.

Partnerships like this are big in this brave new manufacturing world. Autodesk Inc. recently collaborated with General Motors to optimize the design of a seat bracket, turning an eight-piece assembly into a stainless-steel component that is 40% lighter and 20% stronger than its predecessor, and with a simplified supply chain to boot. The software giant is also working closely with OEMs on design simulation and optimization tools, virtual and augmented reality, additive and hybrid manufacturing solutions, and other advanced software systems aimed at supporting Industry 4.0 initiatives.

“The automotive sector as well as other parts of the manufacturing industry face many of the same challenges,” said Autodesk marketing manager Clinton Perry. “These include the need for increased speed to market, design and manufacturing process optimization, quality control in the face of ever more complex products, and various types of automation to address the shortage of skilled workers. It’s the job of us and other suppliers to support automakers with products and services that address these challenges in a timely, cost-effective manner.”

However and wherever vehicles are manufactured, and regardless of the methods used to design them, it’s important to gather feedback from the people who drive them every day. This is where design tools such as the digital twin and automated quoting and design analysis systems that allow for rapid prototyping come in to play to help create the next generation of innovation in this industry.

Ian Fischer, senior technical architect at Siemens PLM Software Inc., explained that the digital twin can be thought of as a digital copy of a real-world object—an automobile, in this case—that provides vehicle designers with valuable information about their products’ performance.

In addition, Protolabs’ Bodor points out that these types of intelligent software systems are increasingly important to manufacturers of all stripes, citing Protolabs’ automated quoting and design analysis tools as another example. But he also suggested that a spirit of innovation is just as necessary, especially in the burgeoning electric and self-driving vehicle industry.

“We work with a large number of innovation-oriented customers, but it’s this segment of the automotive market in particular that seems to be the most dynamic,” he said. “They’re concerned about reducing their up-front engineering costs, they want the ability to test out design changes quickly, and they want to get to market with the lowest cost of entry possible. This is where digital manufacturing and factories of the future like ours will continue to shine.”

Jeff Schipper is the director of special operations at Protolabs. He has more than 15 years of experience in plastics, which has led to a specialized focus within key manufacturing industries including the automotive, medical, aerospace, and lighting industries. Schipper has undergraduate degrees in design, manufacturing, and business along with an MBA from the University of Minnesota’s Carlson School of Management, and is a member of SAE.