The automotive industry’s accelerated move to a future of software-based, battery-powered, electric and autonomous vehicles (EVs, AVs) has been well documented.

As we’ve noted in our EV trend report and elsewhere, EV investments rose by 41% just between 2020 and 2021, and will total $330 billion between 2021 and 2025. Ford alone is betting $50 billion on EVs, as Fortune recently reported. Additionally, in December, Europeans for the first time bought more electric cars than diesels, once the most popular option there.

Now, we’re seeing that EV and AV technology may be remaking other transportation modes as well, with news of an all-electric helicopter, an autonomous ship that crossed the Atlantic, and a self-driving tractor that tills data as well as soil. As a result, our blog’s periodic Eye on Innovation series takes a peek at these pioneers. 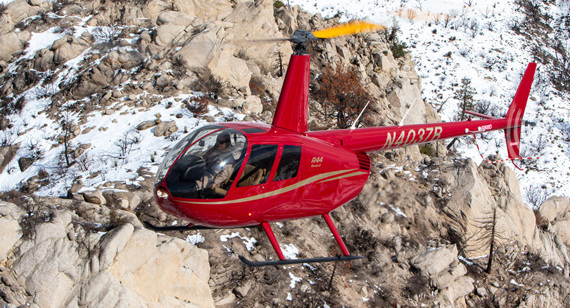 Will Electric Helicopters Take Off?

A new, all-electric helicopter flew for the first time recently in California, proving its potential for multiple uses such as live-organ deliveries and air taxis, according to a recent Robb Report post.

Tier 1 Engineering of Santa Ana, Calif. flew the Robinson eR-44 helicopter, which is powered by an electric propulsion unit. Tier 1 is developing the electric helicopter for Lung Biotechnology PBC, a biotech company that’s working to solve a national shortage of transplantable organs. Lung Biotechnology intends to have a fleet of electric aircraft delivering organs to hospitals.

As the Robb Report noted, while several other helicopters have flown with electric motors in the last decade, the converted Robinson helicopter could “represent the world’s first commercially viable electric helicopter.”

Along these lines, Bell Flight, the Texas-based makers of Bell Helicopters, has been developing the concept of electric-powered air taxis. The Bell Nexus, powered by electric-propulsion, offers a quiet, comfortable ride and can operate as an electric-only vehicle or a hybrid-electric configured vehicle. 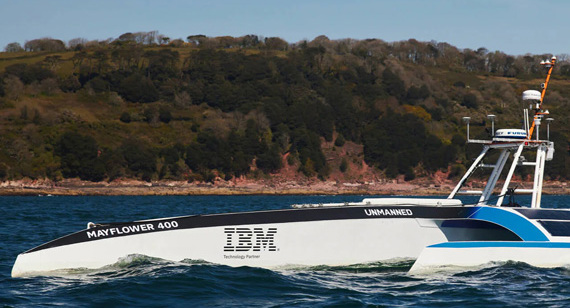 A robotic, autonomous ship named the Mayflower recently completed the first transatlantic crossing of this type of vessel, more than 400 years after the original Mayflower sailed across the Atlantic, Fast Company reported.

After seven years of planning and 40 days at sea, the Mayflower Autonomous Ship (MAS400) pulled into Halifax, Nova Scotia in early June after a 3,500-mile journey from Plymouth, U.K. Originally headed to Washington, D.C., the ship was diverted to Canada so the team could repair a faulty generator starter.

The Mayflower is propelled by a solar-driven hybrid electric motor and backup diesel generator, and guided by artificial intelligence (AI), cloud, and edge computing technologies. It was expected to head to Washington, D.C. in early July to complete its journey.

As the ship’s manufacturer notes on its website, numbers tell the story:

The venture is a collaboration between ProMare and IBM Research. Total cost was not disclosed. The project encompassed a multicultural team traversing 10 countries, three continents, and four dozen business and academic partners. The 10,000-lb., 50 x 20-ft. vessel advances established automated, remote-controlled, and preprogrammed missions by making real-time decisions at sea with no human intervention (though humans can override in emergencies). The boat avoids hazards, assesses vehicle performance, re-plans routes, and copes with other novel situations all on its own.

Beyond the Mayflower voyage, other autonomous long-haul experiments involving military, research, and commercial ships recently succeeded in the Pacific. Among them, Leidos’ Sea Hunter completed a 5,000-mile round trip between San Diego and Hawaii in 2019 as part of a U.S. Navy project. Also, the Saildrone Surveyor research vessel last year finished a 2,250-mile journey from San Francisco to Hawaii. And, recently, the Hyundai Heavy Industries merchant vessel, Prism Courage, completed a 6,200-mile trip from the U.S. to South Korea using autonomous navigation for half its voyage.

Autonomous tractors have been gaining, ahem, traction in the agriculture industry as they provide benefits such as reducing farmers’ workload with less time behind the wheel and automating and improving overall planting systems.

Now the tech minds at John Deere are combining innovative hardware with software and subscription models to drive revenue growth. Iowa-based Deere & Co. and its competitors are developing self-driving equipment loaded with the latest software that is harvesting a whole different kind of crop: data. As Reuters recently reported, these advances translate “into recurring revenue, something companies like Apple have long enjoyed and industrial manufacturers like Deere hungrily eye.”

Investment in automation for high-horsepower equipment is just revving up for Deere and rivals AGCO and CNH Industrial. The next step is to equip machines to plant seeds using satellite imagery and soil data.

Autonomous machinery is where Deere is placing its bet as AI becomes more integrated in farming. Its self-driving 8R tillage tractor will be the latest addition to the company's algorithm-enabled offerings when the machines go on sale this fall.

The new tractor will be priced at $500,000. However, the autonomy and data-gathering features will be sold separately. Deere executives have said that the company will largely maintain its “point-of-sale” model for equipment, but will integrate a software-as-a-service (SaaS) model for its autonomous solutions.

At Protolabs, we’re interested in all of these innovations because, in many cases, we are a part of these advancements. We manufacture a variety of custom parts for EVs and AVs, crafting prototypes and end-use parts for OEMs, startups, tier I and II automotive suppliers, and other companies serving this sector.

Get your next innovation started with a price quote from Protolabs.

Eye on Innovation is a periodic look at new technology, products, and trends.