How to Correctly Add Text into Part Design 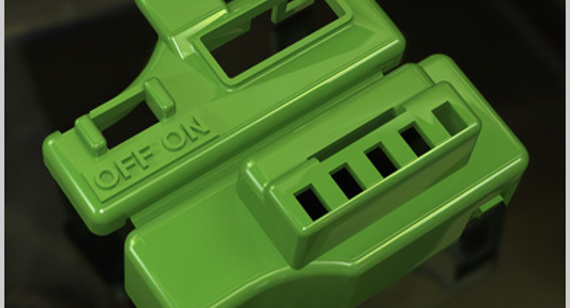 Lots of reasons exist to add text to a part. It could be an assembly instruction, a part number, a legal advisory or warning, or simply a logo (see Figure 1). Whatever the reason, text characters tend to be the smallest features of a part and, as such, deserve the designer's careful attention.

The first thing to keep in mind is that it works much better if text on a plastic part is raised above, rather than recessed into, the part (which means it will be milled into the mold). Raised letters on a part are easier to read, and recessed text in a mold allows for polishing, whereas raised letters in a mold make it difficult to achieve a good finish.

The second issue is consistency of wall size in your lettering. Avoid serif fonts, the ones with the little squiggles at the ends of uprights. The serifs are typically narrower than the primary lines of the letter itself, making them too small to mill. Instead, use a sans-serif (non-serif) font like Century Gothic Bold, (the default font in SolidWorks). Other common sans-serif fonts are Arial and Verdana. In general, remember that while most 3D CAD programs allow you to use standard Windows fonts, you should resist the temptation to get cute without a good reason. 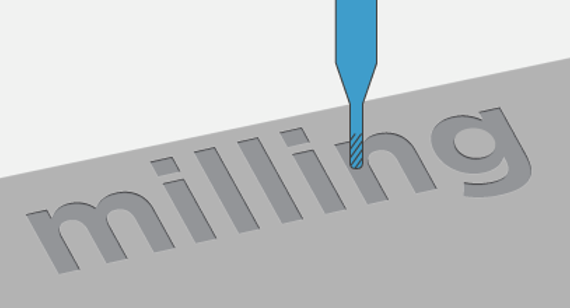 Figure 2: The L is a larger font size and allows room for the tool to mill.

The third issue is the size of the letters themselves (see Figure 2). Text doesn't need to stand very tall above the surface of a part—0.02 inches is plenty—but even so, the rules for thin ribs apply. You don't need to measure the thickness of every line of each letter; just stick to font sizes of 20 points or more and use the Bold version of the font and odds are excellent it can be milled (see Figure 3). In some cases, we can mill smaller fonts. If you need to do so, submit the part with the smaller text for a quote and we'll let you know.

Finally, if text is located at the top of a tall feature—a tall rib, for example—the text may have to be larger.

In summary, for best results when incorporating text in your parts:

If you are wondering whether you've designed your text properly, simply upload your 3D CAD model for a free ProtoQuote. If there are any problems you'll know by the next day.

As mentioned, feel free to contact an applications engineer with any questions, at 877-479-3680 or [email protected].