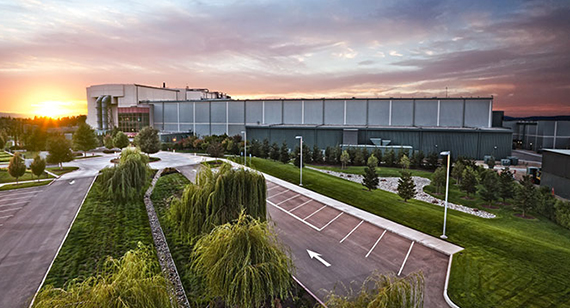 The NIF is the “large” in this story. How big? Think sports-stadium size—three football fields could fit inside. And, it’s 10 stories high. The “small” of the story is the target that is used for aiming NIF’s laser—it is about the size of a pencil eraser.

NIF researchers wanted to reduce the time and cost of machining new tools and custom components for that laser target, and at the same time, needed to manufacture extremely tiny parts for the target piece. These custom parts required small feature sizes, challenging geometries, and the precision accuracy required for aiming a laser beam. Those NIF researchers would discover that Protolabs could meet all of these needs.

For more than 60 years, the Lawrence Livermore National Laboratory (LLNL), in Livermore, California near San Francisco, has provided basic science, engineering, and fusion energy research and development for the National Nuclear Security Administration, which, as part of the U.S. Department of Energy, funds LLNL. With more than 6,300 employees, including 2,700 scientists and engineers, it is part of the national laboratory system.

A subset of Lawrence Livermore, the NIF’s laser facility is considered the world’s most precise and reproducible laser and the largest optical instrument. The giant laser has nearly 40,000 optics that precisely guide, reflect, amplify, and focus 192 laser beams onto a fusion target that, as mentioned, is roughly the size of a pencil eraser.

The NIF’s laser provides the scientific community—researchers from the Department of Energy, international fusion energy researchers, scientists from colleges and universities, and others—with the capability for conducting experiments and studying materials at extreme pressures, temperatures, and densities. These conditions have never been created in a laboratory environment, and exist naturally only during thermonuclear burn, in supernovas, and in the fusion reactions that power the stars. Not to get too cosmic about it, but some of the research and experiments conducted by the NIF are aimed at unlocking clues to the mystery of how stars are created. 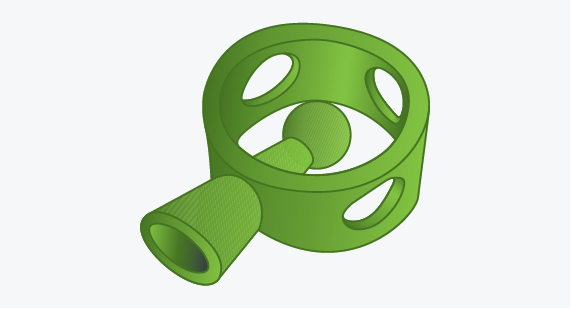 This tiny, ABS-like plastic 3D-printed part, about the size of a pencil eraser, is among the thousands of 3D-printed and machined custom parts, components, and tooling that Protolabs has made since 2011 for the Lawrence Livermore National Laboratory.

Because of its uncommon technology, NIF often requires new tools for its laser target fabrication, tooling, and components. “What’s challenging about our application is that it requires extremely high accuracy and small feature size,” said Jeremy Kroll, an NIF target engineer. “From as small as a cell phone battery to smaller than a pencil eraser, and [at the same time] needing the precision accuracy of handling a laser beam.”

Indeed, each target must be custom made for each experiment that researchers conduct, requiring precision tooling, according to Roger Von Rotz, NIF production engineer. In the past, at times, tools did not exist to handle the new machinery of the technology, “so we have developed new tools and manufacturing to build and maintain our program and technologies.”

Over time, Von Rotz said, “we built our own. Then we sent them out for custom machining, but we found each piece took weeks and even months to fabricate, and cost the program thousands of dollars apiece.”

Eventually, Von Rotz said, “we became interested in additive manufacturing [industrial-grade 3D printing] and experimented with it, and, as the industry expanded so did our print parts with much higher resolution and precision tooling than what was available previously. The savings in both cost and time also became a factor.”

As Von Rotz explained, “We went searching for additive manufacturing and found Protolabs.”

As a manufacturing supplier, Protolabs could, Von Rotz explained, produce tiny parts, components, and related fixtures with the required challenging dimensions, features, and precision, plus, manufacture and deliver those parts quickly and cost-effectively.

As a manufacturing supplier, Protolabs could, Von Rotz explained, produce tiny parts, components, and related fixtures with the required challenging dimensions, features, and precision, plus, manufacture and deliver those parts quickly and cost-effectively.

The use of additive manufacturing has enabled us to save significant costs and turnaround time for tooling and target components,” said Von Rotz. “In addition, we’ve utilized certain components/processes that would not have been possible without the versatility this technology provides.” NIF has used Protolabs’ 3D printing processes of stereolithography (SL) and direct metal laser sintering (DMLS) to make plastic and metal custom parts respectively. NIF also has used, in the past, Protolabs’ CNC machining services. In fact, since 2011, NIF has developed and produced thousands of parts at Protolabs. Beyond the manufacturing itself, Von Rotz also noted that Protolabs’ automated design analysis and on-going customer service staff assistance have been helpful. 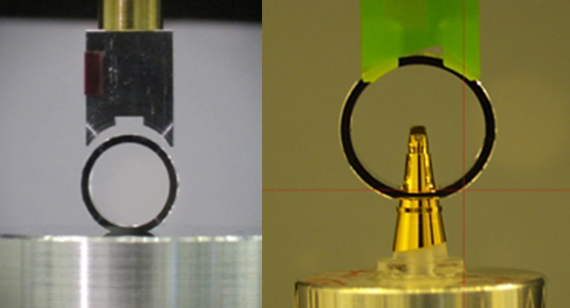 NIF engineers and designers point to several examples of use cases, many involving cost savings, time savings, and key toolmaking advances. Here are just two of a number of successful outcomes:

Cost, time savings on development of vacuum chuck designs. In one recent case, NIF engineers saved significant cost and turnaround time by deploying Protolabs’ industrial-grade 3D printing process in the development of vacuum chuck designs. NIF: “In the past, these required high-precision machining operations to match components being held… [Additive manufacturing] enables our work to proceed in record time.” According to the NIF, the savings was dramatic:

Target-assembly fixturing. In another case, designers were able to move from individual components assembled with many setups to single complex fixtures, which accelerated assembly, lowered cost, and provided alternate formats for the target’s design.