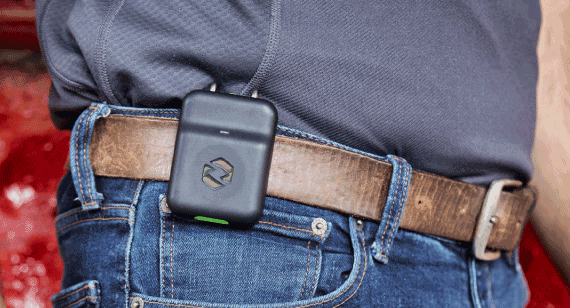 Spot-R is an IoT-enabled wearable device that improves safety on construction jobsites by accelerating response times to accidents.

Wearables may bring to mind trendy consumer products such as the FitBit and Apple Watch, but the technology has applications that go well beyond tracking steps or receiving text messages.

After the success of its initial wearable system, the 20-person company identified the need for a robust IoT solution in the very challenging IT environment of a construction jobsite to help improve construction site safety and visibility.

Its new wearable device system, called Spot-r, combines wearable sensor technology with wireless mesh communications. This enables construction companies to identify and measure slips and falls and alert site supervisors to incidents in real time, all while providing complete insight into the project’s workforce and their location on the jobsite. The connected solution accelerates response times to accidents, helps workers notify the safety manager of any potential hazards, and improves the overall safety of the worksite. 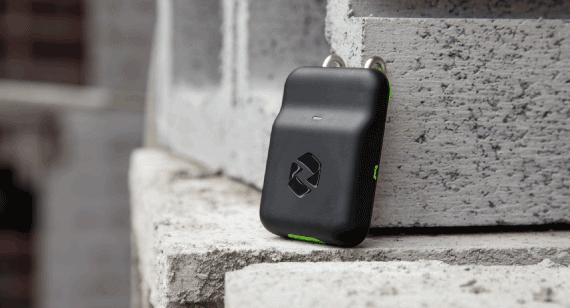 With rapid overmolding, Triax was able to design and manufacture a rigid plastic housing with a gasket that provided a waterproof seal.

Greg Probert, project engineer at Triax Technologies, led the design of Spot-r as well as the effort to find a manufacturing partner that could quickly produce a prototype and production parts. “As the sole mechanical engineer on the team, at company where most of our development efforts are focused on software, I was looking for an efficient partner that would be easy to work with and reliably deliver parts on time,” said Probert.

His primary design challenge was determining how to handle the product’s assembly. The design consisted of two mating parts that housed electrical components such as the sensor and wireless communication module. A strong seal between the two parts would protect the product’s electronics once Spot-r is deployed in the field.

“The first version of our product was built with molded parts from Protolabs and assembled using a gluing process. This was a large-quantity prototyping run of about 2,000 parts,” explained Probert. After testing the initial design, Probert and his team quickly found the gluing process to be inadequate since the housing could not be disassembled once it was glued together.

“We went back to the drawing board to evaluate other options and settled on using screws to hold the device together. The screws allowed us to easily access the internal components of Spot-r without destroying the housing,” he said.

With the design likely to change with more functional testing, the ability to modify the internal components without ruining the product’s housing was critical.

Probert explained the team also wanted to waterproof the device: “We needed a gasketing material to help seal the part. For this, we used Protolabs’ overmolding process to incorporate an o-ring around the perimeter of our design, giving us a waterproof seal.”

The design was manufactured by first molding a rigid part made from ABS and then placing that part into another tool and molding a soft material, Versa Flex, around the substrate to create the gasket. This manufacturing process, known as overmolding, results in a chemical bond between the materials and creates a waterproof seal between the two mating parts. Gaskets are a common application of overmolding, but the process can also help dampen vibration or improve grip on rigid plastic parts.

As the design increased in complexity, Protolabs’ online quoting system proved invaluable to Probert. With free design for manufacturability feedback in each quote, he was able to optimize part design for overmolding. “My background is extensively in sheet metal design with some exposure to plastics.  Protolabs’ online quoting tool helped to fill the gaps and provide a deeper understanding of the injection molding world,” said Probert.

He added, “We went through about 15 design iterations working with an applications engineer at Protolabs. The quoting system and manufacturability feedback made it easy for us to identify design changes without the need to manufacture physical parts. This was all done through CAD models and the quoting system, which saved us development time and reduced our costs.”

Triax is working with many of the world’s largest construction companies in order to ensure a quality product. “Protolabs’ services allow us to move seamlessly from prototype through low-volume pilots and into production.  Their capability for on-demand production of quality plastic parts allows us to remain agile with our mechanical design and stay ahead of rapidly-changing customer demands, all while keeping inventory levels manageable,” said Justin Morgenthau, Chief Technology Officer of Triax.