Ever since the Wright Brothers historic first airplane flight at Kill Devil Hills, North Carolina in 1903, humankind has dreamed of pushing the boundaries of flight ever further. From city to city, then circumnavigating the world, and then to the moon and beyond, humanity has continuously used the power of flight to help us achieve our dreams, expand our horizons, and explore the unknown in the vast universe.

With the advent of drone technology, you can now harness the supreme power of flight in the palms of your hands. Mechanical engineering student Jacob Parker, at Atlanta’s Georgia Tech, recently took that concept one step further, by putting the magic of flight at your fingertips.

The Finger Flyer Hoverboard is a tiny, custom-fitted, quadcopter toy drone that can be controlled using your fingers and hands, eliminating the need for a typical radio controller in favor of an easy-to-use, patented, fingerport board. Parker was initially inspired to create his Finger Flyer by sticking his hand out the window while riding in a car, surfing the passing breeze with his hand as he drove.

“I wanted to recreate that feeling with a drone and have young people experience flying in a fun, new way,” Parker recently told Georgia Tech’s News Center. The tiny drone is geared for kids—and is also a part of an educational drone STEM kit for schools—and is now available for purchase at Finger Flyer’s website. But before the product took off, Parker had to overcome design and material challenges—with injection molding help from Protolabs.

Initial designs of custom, injection-molded parts for the Finger Flyer were problematic due to issues with fillets, undercuts, and incorrect draft in certain areas. Following a thorough design review, Parker performed a series of redesigns and made some wholesale changes to the parts that would be required to get the project quite literally off the ground.

In advance of an impending design freeze on the project, Parker requested a new set of parts that were needed for the project. The base part of the Finger Flyer was fixed and orderable, but there were still some draft issues with the top of the product that prevented the part from being ejected from the mold. Following another design review, there were again issues with filling the parts, draft, and other problems, leaving Parker unsure about what materials he wanted to use to ensure the success of his Finger Flyer.

While Parker was deliberating over his redesigns and what parts he needed to successfully launch his product, he was put in touch with Avient, one of our materials suppliers. That meeting proved to be quite beneficial for the ultimate success of the project, with Parker narrowing down the hundreds of manufacturing materials choices we offer. 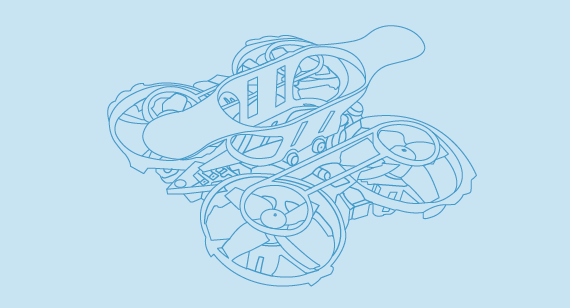 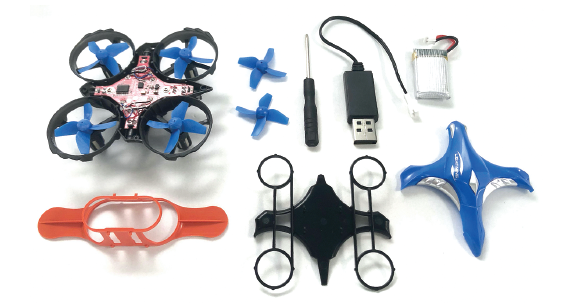 Through collaboration with Protolabs, Parker was able to improve the design for injection molding and dial in the proper material.

After this iterative design process helped further refine Parker’s material choices, another design review helped specify the necessary materials required for the project, and they were able to finalize the gate/ejector layout, and address any cavity questions that arose. Parker made one last slight change to the parts needed, before the designs were finally locked in and all his parts were sent to the production floor. He prototyped multiple injection-molded parts in several different materials, so he and his team could test fly the materials to see which ones worked best for his design. Ultimately, the material used for the frame/top/propeller guards and fingerport operation involved a few different grades of glass-fiber Nylon 66.

Providing the Parts Necessary to Get Finger Flyer off the Ground

Parker spent a few months testing the various injection-molded parts needed for the Finger Flyer, before becoming comfortable choosing the specific production material he wanted in the colors he liked best, which suited his designs. In October 2020, Parker placed his first, end-use production order with us for more than 1,000 molded parts. The parts required were for the top of the Finger Flyer itself, as well as the fingerport and board of the product. The 10-day lead time for production on the parts was especially helpful explained Parker.

The diligent, hardworking, innovative team at Protolabs has been by far the superior manufacturer that Finger Flyer has had the pleasure of working with for our production needs. 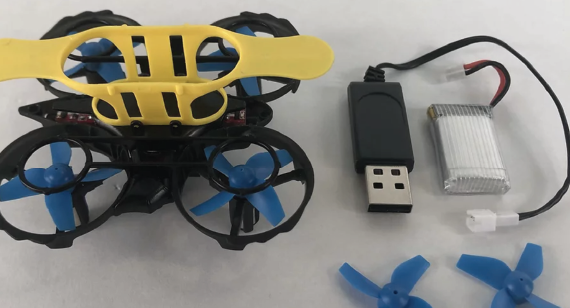 He continued, “Controlling a drone with your hands like this has never been done before. Since there’s no controller, anyone who is in close vicinity becomes the controller. It’s the most intuitive thing that no one’s ever thought of.”

Thankfully for drone enthusiasts of all ages, Parker did think of his innovative and intuitive idea, and Finger Flyer Hoverboards are introducing a new generation of kids to the world of flight and the futuristic appeal of quadcopter drones.

We were there every step of the way to provide the help and guidance Parker needed to achieve his inventive creative vision, and he is grateful for that assistance. “The diligent, hardworking, innovative team at Protolabs has been by far the superior manufacturer that Finger Flyer has had the pleasure of working with for our production needs.”