Specdrums Moves to Production without Missing a Beat 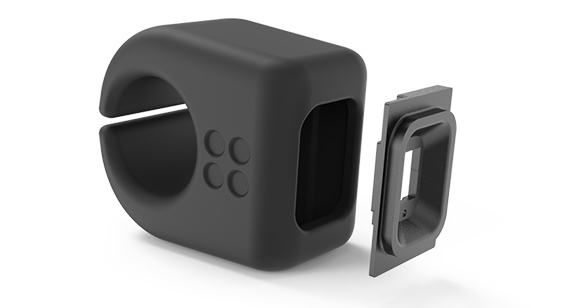 Specdrums works by connecting multiple rings (pictured above) to a mobile app and tapping colors to trigger sounds. Users can assign different colors to sound like drum kits, keyboards, synthesizers, and more.

Specdrums began with the goal to make learning a musical instrument simpler and more fun for people of all ages and musical backgrounds. So founder, Steven Dourmashkin, set out to develop an interactive and easy-to-use product that transforms colors into sound—teaching the user musical patterns one step at a time.

In order to fund a production run of parts, the company launched a Kickstarter campaign. The campaign goal of $15,000 was quickly surpassed and in total the company amassed more than 1,900 supporters. This left Specdrums with the challenge of fulfilling more than a thousand orders within months. And, before shipping to customers, it needed samples in the hands of influencers and educators for feedback and testing.

Dourmashkin originally planned to produce parts with molds he had created himself, but with high demand, its scalability quickly proved challenging. He then began considering rapid injection molding to solve his short-term need for parts and help him scale the business as it continued to grow.

While evaluating molding suppliers, he found it difficult to collaborate with many companies as they found the design too complex to mold due to an overhang feature that was critical to the product. During his search, he discovered Protolabs, which was more willing to provide consultation and guidance on injection molding design.

“I admired Protolabs’ willingness to work with my design and improve its manufacturability." 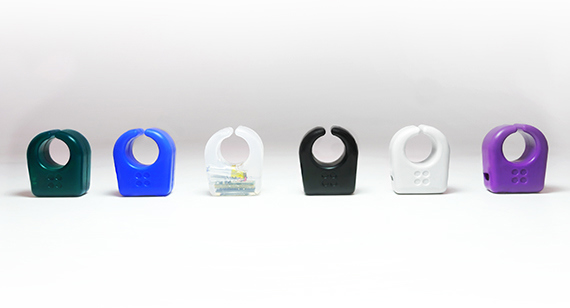 The Cool Idea Award not only accelerated Specdrums’ speed to market but also enabled the company to test various materials and colors.

“I admired Protolabs’ willingness to work with my design and improve its manufacturability. Other manufacturers were worried about the overhang and not willing to improve the design with me,” Dourmashkin said.

Applications engineers at Protolabs worked closely with Dourmashkin to optimize the original geometry for injection molding. Specdrums also leveraged the company’s 3D printing service to work through design iterations and reduce design risk prior to investing in tooling.

During the design process, engineers at Protolabs suggested Specdrums apply for the Cool Idea Award. So Dourmashkin decided to enter and shortly thereafter was selected as a winner. The manufacturing service grant enabled the company to refine the product by testing various colors and materials. It also helped Specdrums fulfill orders to its Kickstarter supporters by January 2018.

After commercializing the product, Specdrums was acquired by Sphero, a company known for its connected toys and educational products. The acquisition will give Dourmashkin and his team more engineering and marketing resources to continue its rapid growth.

“It was really Protolabs that got us to this point,” said Dourmashkin. “Without the help of its team, we would not be as far ahead as we are today.”