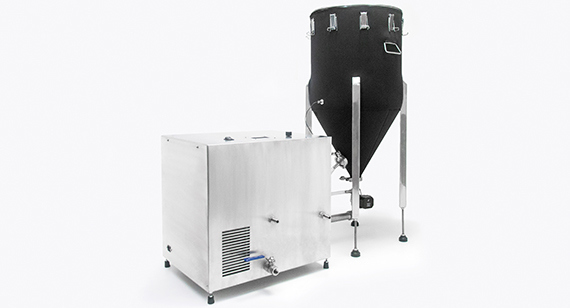 Thanks to the Cool Idea Award, this small-batch home malting machine by Minneapolis-based startup Sprowt Labs will soon be launching to market.

A new “personal malthouse” product from Minneapolis-based startup Sprowt Labs will enable home brewers to produce their own malts when it hits the market later this summer.

With help from Protolabs’ Cool Idea Award, Sprowt developed the Acro, a small-batch home malting machine. The Acro is sized to produce 10 to 35 lbs. of finished base and specialty malts and designed for home brewers to easily assemble and use.

A product of this type has not generally been available before to home and craft brewers, so home brewers have mostly relied on large industrial malting operations for getting consistent, good-quality malt.

Sprowt Labs co-founders, Brian Hedberg and Christopher Abbott, knew they had a winning design for home brewers and had found a key niche in the market, but wanted to make sure their product was built to last. While developing parts and equipment, the founders applied for a Cool Idea Award from Protolabs.

“We’re enabling local farms to produce barley for their own community by engaging stakeholders in craft beer's supply chain from breeders to brewers, who can then use our equipment to test and prototype recipes.” 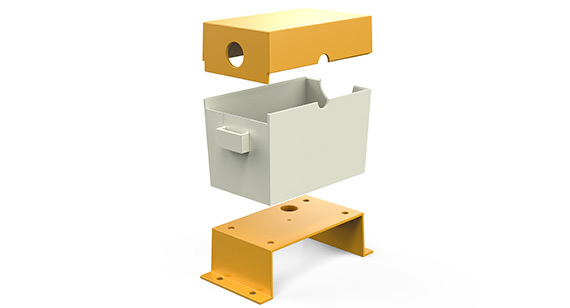 Protolabs worked with Sprowt Labs to create this injection-molded humidifier box for the Acro, a small-batch home malting machine designed for home brewers.

Through the Cool Idea Award, Sprowt Labs was able to accelerate its manufacturing timeline and create a higher quality product than it would have been able to do without Protolabs’ help. In fact, the company had tried to work with previous contract manufacturers to produce parts, but it was turned down because of the complexity of the design and the quick turnaround time required.

“We’re enabling local farms to produce barley for their own community by engaging stakeholders in craft beer's supply chain from breeders to brewers, who can then use our equipment to test and prototype recipes,” said Hedberg. “We connected with the team at Protolabs because they too are helping people prototype ideas and create something new.”

The Acro allows a user to automate the weeklong sprouting process that transforms seed to malt. Protolabs worked with Sprowt Labs to create an injection-molded humidifier box for the Acro, which uses multiple climate control systems to accurately cool, heat, humidify, dry, aerate, submerge, and drain the malting vessel that contains the malting seeds. The molded humidifier box, which was based on earlier 3D-printed design concepts from Sprowt Labs, helped the company reduce the cost per product. With the box and other components in hand fast, Sprowt Labs will be launching a better, more efficient product to market.