These days at Protolabs we mostly use the more recognizable term 3D printing, but the point is that the two terms—3D printing and additive manufacturing—are often interchangeable, and that can sometimes cause confusion. 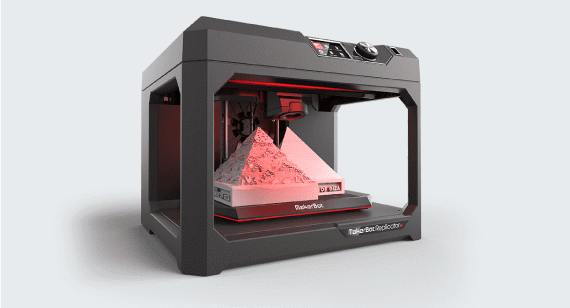 For the most part, the term additive manufacturing (AM) is used by large industries such as the energy and aerospace segments, as well as the scientific community. These entities tend to use AM for prototyping and production daily.

Think of AM as an all-encompassing concept. It’s not just about 3D printing in and of itself—the printing of parts by building material layer by layer—but the range of processes and systems around it. This includes:

One way to look at it is to distinguish between desktop 3D printing (more on that in a minute) and industrial-grade 3D printing, which is a more apt description of AM. 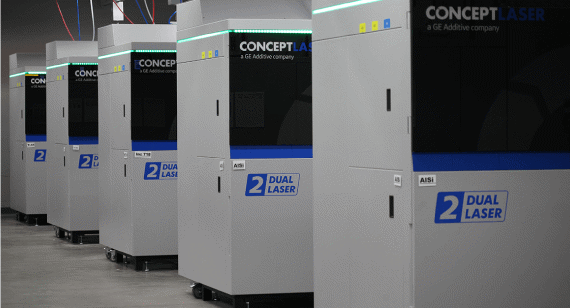 One big reason why the term 3D printing is more widely recognized and commonly used than AM is because of the proliferation and popularity of inexpensive desktop 3D printers used by individual consumers, hobbyists, and STEM students.

Most of the desktop 3D printers on the market use FDM technology, which is sometimes known as fused filament fabrication (FFF). Only in the last few years has the desktop market been adding printers that use stereolithography or digital light projection (DLP) technologies.

These extrusion printers’ capabilities are well-suited for the hobbyist or student, or even an engineer or designer at a company looking to create basic, conceptual, early show-and-tell prototypes of parts using an in-house 3D printer. Of course, the parts created on these systems are not durable enough for most long-term use.

Beyond part quality, there are other factors that sometimes can become obstacles to using an in-house printer:

Sometimes, even the basic logistics involved in the setup of a desktop unit can be challenging, especially considering factors such as getting adequate power for the unit and allotting physical space for the printer.

In addition, and maybe most important, desktop units may not be able to handle part geometries and prototypes that often become increasingly complex as the part or product is finalized for end-use production and market launch. That’s when outsourcing to a manufacturer that uses industrial-grade 3D printing with more advanced processes such as SLA or SLS may make more sense.

Finally, parts that are intended for end-use production will likely need higher-end processes and the consistency and capacity that industrial-grade 3D printing provides. For example, if you need smooth parts, polishing or secondary machining are great options. On the aesthetic side, you can clear coat, paint, or dye most parts, or even add decaling. Texturing helps mimic molded parts and to add strength, heat treating eliminates heat-induced stress and warping by hardening the underlying material.

In other words, 3D printing may have started as a prototyping tool, but now it has clearly emerged as a viable manufacturing choice.

Ultimately, 3D printing or additive manufacturing—whichever term you choose to use—stands as a versatile, powerful prototyping and production technology.

Eric Utley is an applications engineer for Protolabs in North Carolina.